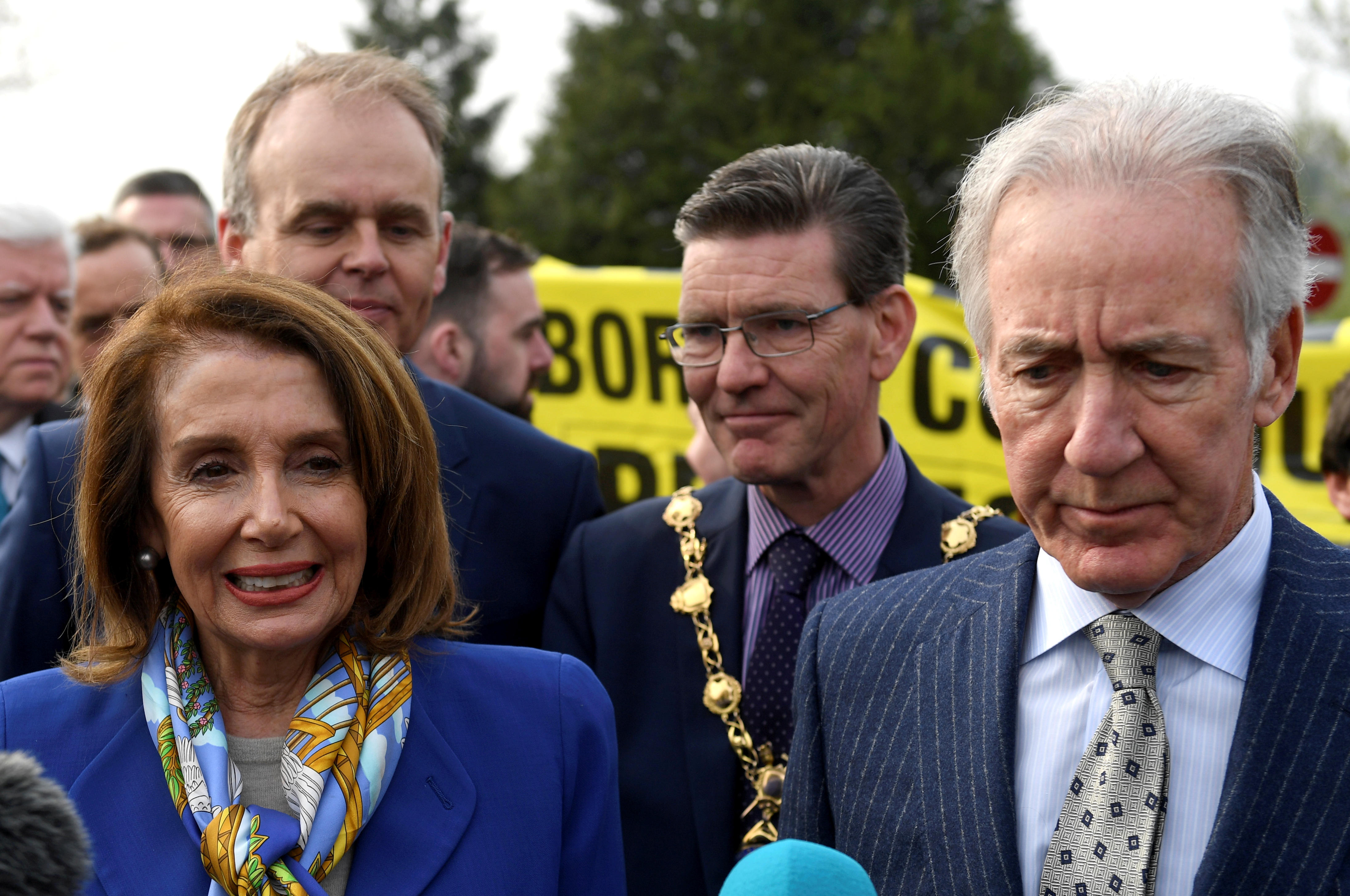 House Speaker Nancy Pelosi isn't criticizing President Trump in the wake of special counsel Robert Mueller's report -- at least, not yet. Pelosi, thousands of miles away from Washington in Ireland, told reporters in Belfast she wouldn't criticize the president of the United States while she's in another country.

Asked about the Mueller report's findings, Pelosi said, "I would just say this, any CODEL I go on ... We do not leave the country to criticize the president of the United States." (A "CODEL" is a congressional delegation.)

Pelosi added that Congress will leave up to its constitutional obligations.

In the past, the top House Democrat has urged caution on talk of impeachment, clamping down hopes from some of the most progressive members of her caucus. Last month, Pelosi declared Mr. Trump "ethically unfit" to lead but said she's "not for impeachment." Pelosi declared the president is "not worth" impeaching.

Another top Democrat, House Majority Leader Steny Hoyer, told reporters Thursday he isn't going down the impeachment route, with less than 18 months to go until the next presidential election.

"Based on what we have seen to date, going forward on impeachment is not worthwhile at this point," Hoyer told CNN after the release of Mueller' report. "Very frankly, there is an election in 18 months and the American people will make a judgment."

Comey to testify before the Senate Judiciary Committee about 2016 probe

House Judiciary Committee Chairman Jerry Nadler told "CBS This Morning" on Friday that he isn't sure what the end game is: "I don't know where we're headed."

Democrats have planned a Monday call on the Mueller report. Congress is out of session through next week for an extended Easter recess.

Mueller's report on Thursday found Russians engaged in an aggressive campaign to interfere in the 2016 presidential election, that Mr. Trump's campaign had links to people connected to Russia but did not criminally conspire with them, and came to no conclusion on whether Mr. Trump obstructed justice. The report did outline 10 instances in which Mr. Trump may have obstructed justice, and suggested the president directed aides to interfere with the Mueller investigation in some form but most of those aides declined or side-stepped his requests.