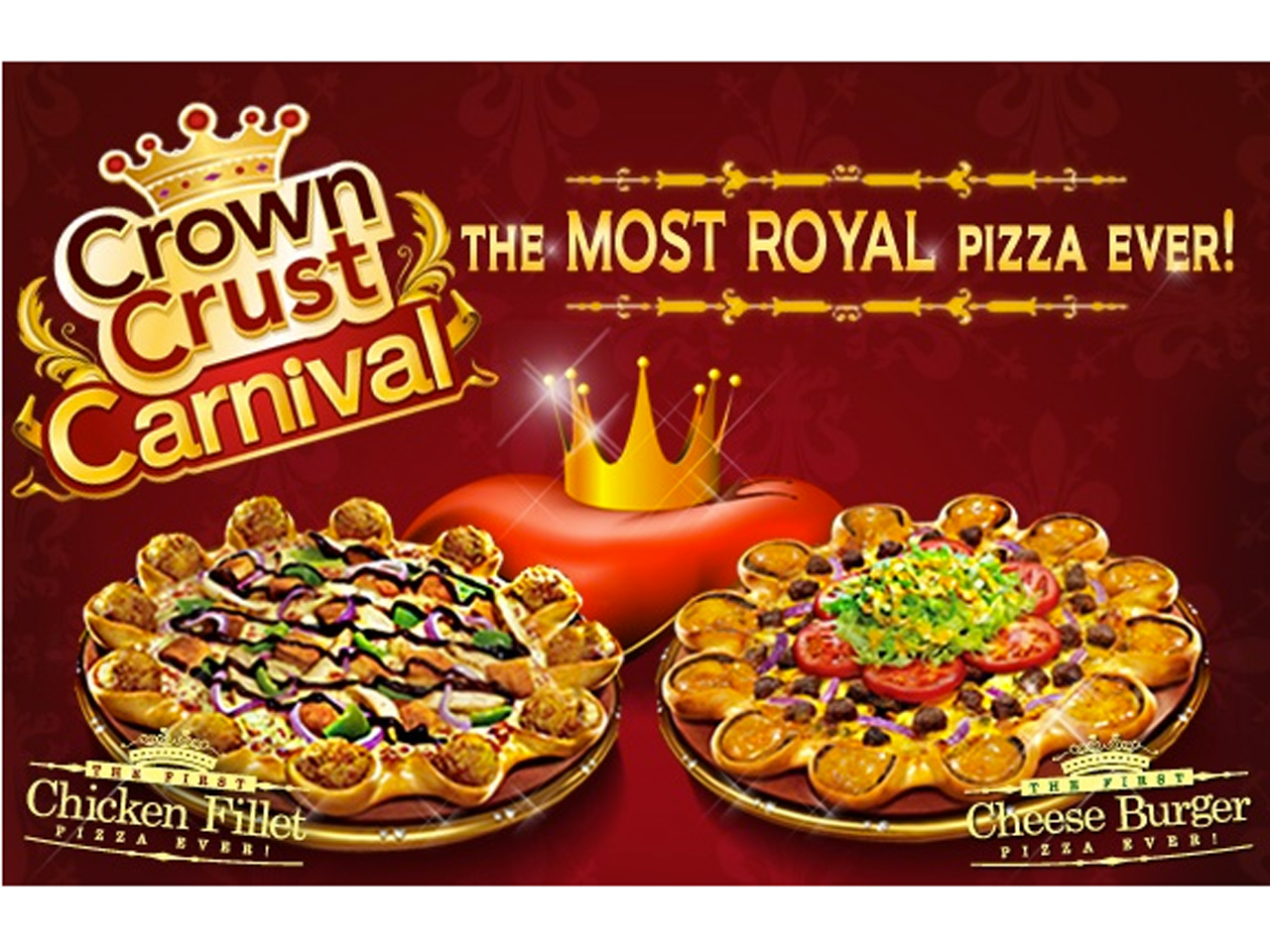 (CBS News) You're no longer the top dog, pizza with a hot dog stuffed crust.

So, how does one go about creating a cheeseburger pizza? Mini cheeseburger patties are set along pizza crust and covered with melted cheese. Then the round center of the pizza is topped with beef  and vegetables and drizzled with Pizza Hut's special sauce.

A similar method is employed for the chicken fillet pizza. Chicken strips and a smattering of onions and green peppers are barely contained within the borders of a chicken nugget-laden crust. For a finishing touch, BBQ sauce is drizzled on top.

This isn't the first time that Pizza Hut Middle East has dabbled into unique culinary territory. It previously offered a Crown Crust pizza that alternated meatballs and cream cheese.

"The chefs at Pizza Hut make it great with pizzas featuring different toppings and styles to match global tastes," Pizza Hut told HealthPop in an emailed statement. "The crown crust pizza is a limited time offering for our Middle East audience."

But, maybe it's just the U.S. that isn't jumping on this one pizza fits all toppings idea. There's the hot dog-stuffed crust pizza in the U.K. that HealthPop previously reported on. In Mayalsia, Pizza Hut has breaded their cheese-stuffed crust with cornflakes has offered Fish Prawn King pizza, which comes topped with Alaskan Pollock fish fingers, King Prawns, mozzarella cheese and pineapple with a lime mayo sauce.