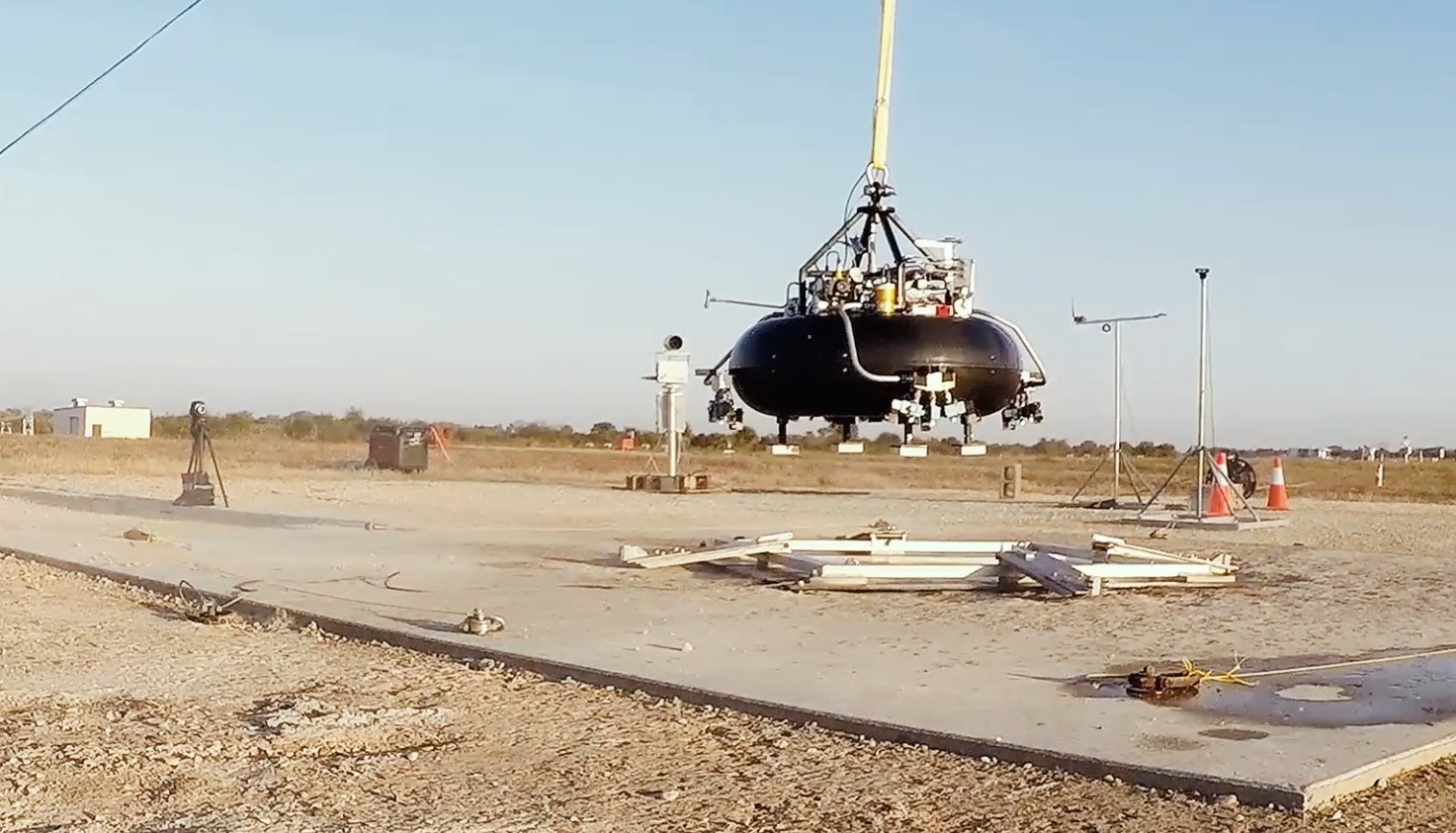 The criteria for winning the grand $20 million Google Lunar XPrize seems fairly straightforward: Land on the moon, cross a distance of 500 meters and send back high-definition footage to Earth along the way. The natural solution to the problem, indeed the one that most of the GLXP competitors have envisioned, is to gently deposit a rover upon the lunar surface and then let it pick its way across the required distance, dodging rocks and other moon junk along the way.

For the Mountain View-based Moon Express team, however, they're taking a rather different approach. If all goes according to plan, the team's lander will make a soft, controlled landing on the moon, look around in high-definition, then lift off again. The lander will touch down a second time at a location at least 500 meters away from the first, completing the challenge and, if it does it before any of the other teams, taking home the $20 million Grand Prize.

In many ways, this simplifies things greatly. Rovers have a tendency to get stuck, break down or simply fail to deploy correctly. Also, designing and building one from scratch is no mean feat. No rover means none of those issues, and less mass to haul off the planet in the first place.

That said, this approach does raise some complications. Touching down on the lunar surface -- at least, doing so in a controlled manner -- is the most risky and challenging aspect of the entire trip. Not only must the lander slow itself down to a precise speed while maintaining a precise trajectory, it must scan the terrain below and spot a good landing site while doing so. Moon Express wants to do this twice.

To see whether Moon Express has what it takes to pull this off, we traveled to the Kennedy Space Center in Florida, the iconic former home of the Space Shuttle. There, Moon Express is testing its MTV-1X -- that is "Moon Express Test Vehicle 1 - XPrize Version." Or, more colloquially, the "flying donut," nicknamed for its toroidal shape. This is effectively a prototype for the final landing vehicle, the MX-1. MX-1 will be launched into orbit atop a rather large rocket, fly itself across the approximately 240,000 miles to the moon and then orbit there a few times before touching down.

The Moon Express approach is interesting not only because it lacks a lander, but because MX-1 is basically a flying fuel tank. The structure of the lander is itself the tank with the necessary thrusters, solar cells, cameras and other equipment attached.

The first step to verifying it works is a series of thruster tests, purging and carefully filling the hydrogen peroxide and ensuring the thing fires correctly. Initially, it's fully tied down and fired. Later, the vehicle moves to so-called tethered tests, where it's allowed to fly under its own power while safely suspended from a tether to ensure it doesn't come crashing down -- or, indeed, go tearing off into the Floridian scenery.

This testing took place at the Space Shuttle Landing Facility, where the Shuttle came home after missions and its crew disembarked. At the end of the runway is a simulated lunar surface with craters and obstructions. It's a fine and an historic place, but Moon Express is moving to some new digs, just down the road at the former Space Launch Complex 36. (That's SLC-36 in NASA terminology.) We were lucky enough to get an early tour.

SLC-36 dates back to the early '60s, where the Atlas rockets were developed. It was at this site that the Surveyor probes launched, America's first vehicles to touch down on the lunar surface.

The site has a massive concrete bunker, fitted with periscopes so that rocket scientists like the famous Wernher von Braun could watch the launch of their vehicles in (relative) safety. The team has re-christened the bunker "Moon Mountain."

As it is completely without power or windows at this point, venturing within Moon Mountain is more like spelunking than exploring. Inside the dark, damp and, frankly, smelly surroundings, it was hard to not imagine what it must have been like in there 50 years earlier. Those imaginings were made easier by many vintage consoles and bits of equipment left scattered about.

Moon Express has plans to invest some $500,000 into the 80 acre site, turning it into the ultimate research and development destination for future lunar programs. This will include multiple pads for lander tests, engine firing stations and, of course, office space for the company's personnel.

For now, though, the goal is the moon -- to be the first private team to land there and to take home the Google Lunar XPrize. There's still a long way to go.