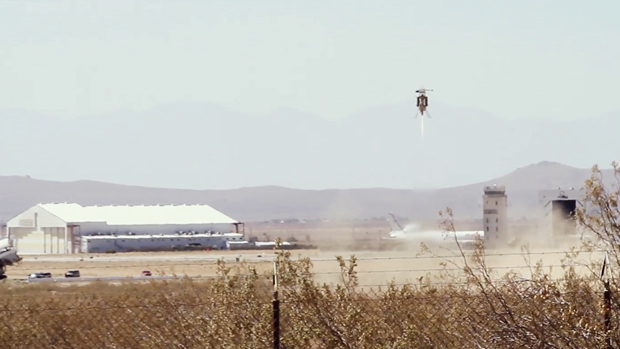 This is the second in a series of reports by CNET Editor at Large Tim Stevens, who is traveling around the world to track the progress of teams competing for the Google Lunar XPrize.

Getting an object off the surface of the Earth and safely transporting it across the nothingness of space to the moon is one of the greatest technological challenges mankind has ever overcome. The moon may be our closest interstellar neighbor, but it's still some 382,500km away -- on average, anyway. That's about 10 trips around the equator, all made outside of our comforting atmosphere, never with a chance to stop and regroup should anything go wrong.

But the journey to the moon is really just the appetizer for the next greatest challenge: safely landing on the thing. The moon is covered in pock-marks and craters from aeons worth of heavenly collisions. With every attempted landing comes the opportunity to make yet another. That'd be a mighty shame, after all the hard work invested in getting there.

It's this phase, that of touching down gently, that brought team Astrobotic to the Mojave desert. Astrobotic is the Pittsburgh-based entrant to the Google Lunar XPrize, a $30 million pool of prizes for the first team to land a vehicle on the moon and use it to explore, all while beaming back high-definition footage to Earth.

This summer, $6 million is being awarded to teams that can prove their ability to complete that mission through a series of terrestrial tests, and Astrobotic is one of those teams.

Astrobotic is working with Masten Space Systems to test the landing phase of its mission. Masten is itself a former XPrize contestant,winning the 2009 Northrop Grumman Lunar Lander Challenge by creating a lander that could lift off, fly up to 50 meters in altitude, fly laterally for 100 meters, and then land on a designated spot. Natural, then, that Astrobotic would work with Masten to test the landing system for its own Griffin lander.

While Masten is providing the lander, it will be up to team Astrobotic to get it safely on the ground.

Read more about Astrobotic and the Google Lunar XPrize on CNET.