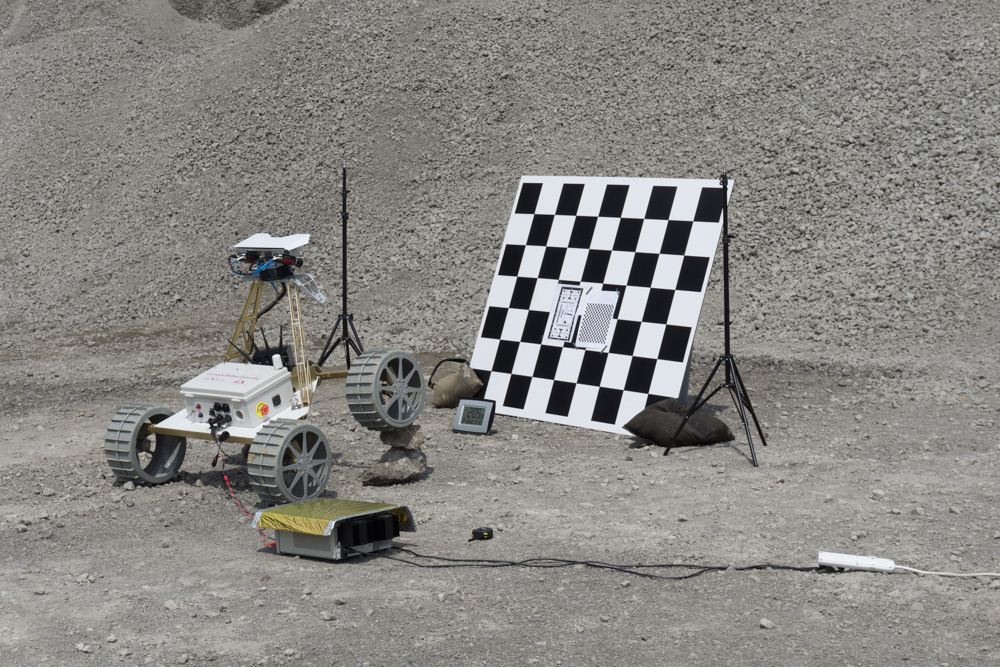 It's been a little while since we checked in with Team Astrobotic, earlier this year spending the better part of a week hanging around in the desert at the Mojave Air Space Port to watch the team testing out the landing system that will, hopefully, set the team's lander gently on the moon in quest for the $30 million Google Lunar XPrize.

The competition awards a $20 million grand prize to the first team to touch down on the moon and cover a distance of 500 meters on or above the lunar surface, all while beaming high-definition video back to Earth. Various teams are taking various approaches to meeting those requirements. For Astrobotic, that means a four-wheeled rover deposited gently upon the moon.

To catch a prototype of that rover in action (rolling on cake-tin wheels) we headed not to the desert but to a rock quarry, just outside of the team's home base in Pittsburgh. There, the team demonstrated not only its ability to cover difficult terrain, but crucially to broadcast high-def video simultaneously.

This test was part of the 2014 Milestone Prize phase of the competition, an interim set of prizes for the teams best able to demonstrate their ability to win the competition. These tests, mobility and imaging, were deemed successful, and so Astrobotic took home a check for $750,000 -- $500,000 for the mobility piece, $250,000 for imaging.

Next step? Why, the moon of course -- though there's plenty more testing between now and then. And more time, too. The XPrize Foundation has announced an extension of the ultimate deadline. Where the clock previously struck zero at the end of 2015, teams now have until the end of 2016 to actually make the voyage. However, at least one team must have its launch scheduled by the end of 2015 in order for the competition to continue.

So, it's fingers crossed that one of the remaining international Google Lunar XPrize teams can get their ticket reserved in time so they don't miss the train -- and the $30 million in prizes.

More coverage of the Google Lunar XPrize on CNET.