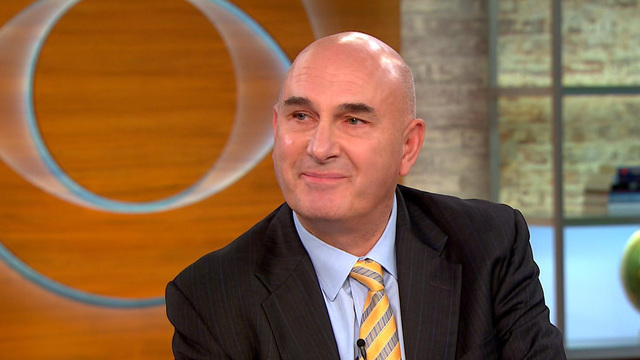 The Grocery Manufacturers Association says up to 80 percent of processed food sold in the U.S. is genetically modified, and most of it is not labeled.

The CEO of Monsanto, one of the world's largest producers of genetically modified seeds, says the company is committed to innovation in agriculture, but critics say it should be more transparent.

"I think part of the challenge is there's such misinformation of where food comes from... between what arrives on a plate and farmers do," said Monsato's CEO Hugh Grant. "So I think for companies like mine, we've got to work out in explaining what agriculture is and where food comes from."

According to an Associated Press-GfK poll, 66 percent of Americans support requiring food manufacturers to put labels on products containing GMOs. But Monsanto spent millions of dollars, lobbying against a GMO labeling ballot initiative in Colorado and Oregon.

"A deep concern is that we'll end up with a patchwork quilt of state-by-state regulations where you'll end up in a place where you can't move a can of soup from one state to the other," Grant said. "The consumer is going to end up paying four or five hundred dollars more a year on their grocery bills."

Instead, Grant said he is in favor of federal labeling requirements, similar to the regulations that apply to organic foods.

Monsanto was embroiled in another controversy surrounding its popular herbicide, Roundup. Earlier this year, the International Agency for Research on Cancer said that its main ingredient, glyphosate, could cause cancer.

The Environmental Protection Agency has approved Roundup for use in America, but the majority of the studies the agency considered - 14 of the 23 studies cited in EPA's report -- was funded by Monsanto.

Grant dismissed the criticisms, and said he felt "very good about the safety of the product," and that it "has been studied extensively for more than 40 years."

Major food chain restaurants have also joined in on the GMO debate. Chipotle committed to leaving GMO foods out of its food supply, and McDonalds rejected using genetically modified potatoes.

On Tuesday, Monsanto pledged to be carbon neutral by 2021 by working with farmers who use its products to help reduce carbon emissions.

"Existential crisis": Why MLB pitchers are more unhittable than ever