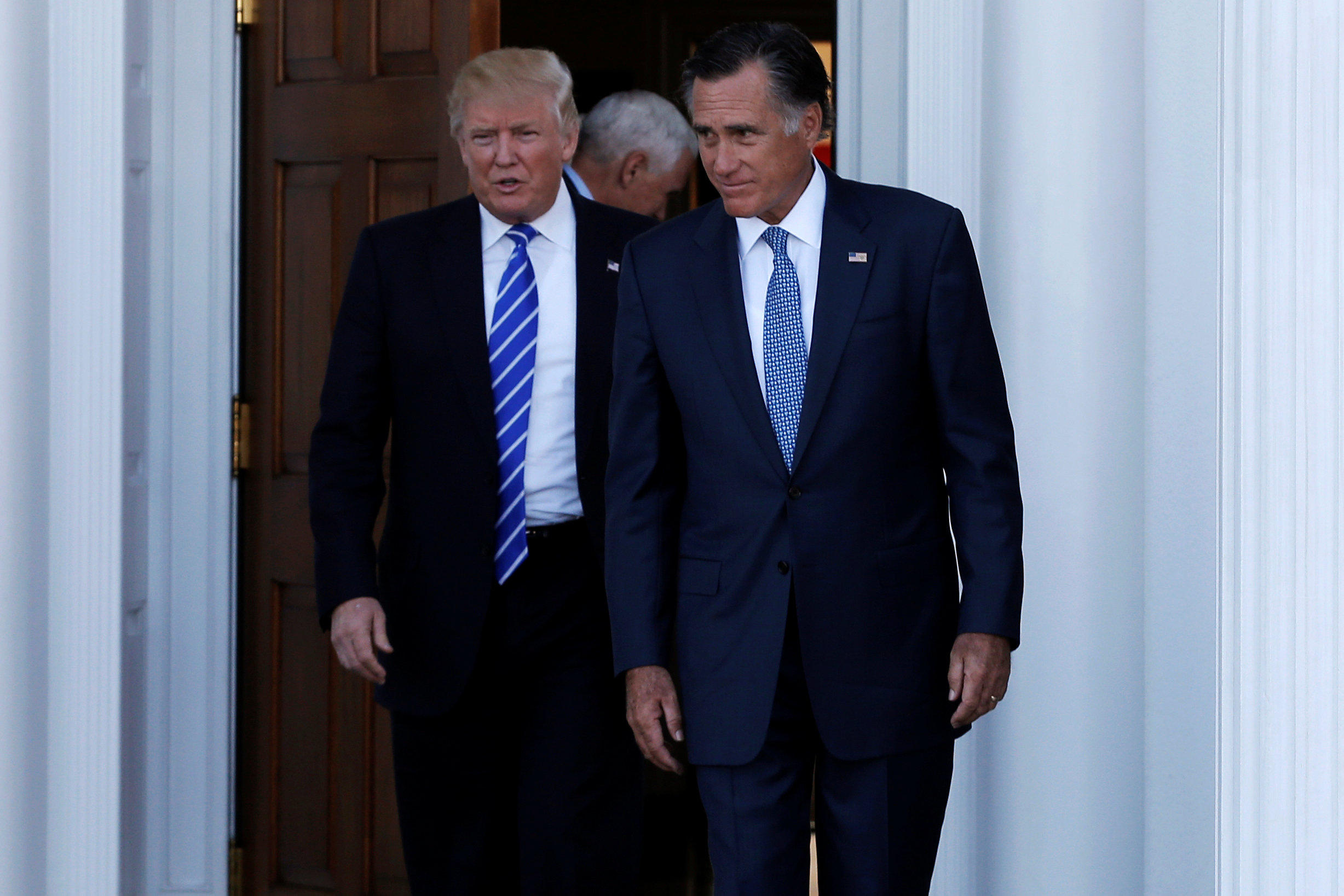 No final decision has been made yet, but Romney, in comparison with Gen. David Petraeus (ret) and former New York Mayor Rudy Giuliani, is in the strongest position to date.

Petraeus, sources told Garrett, is out of the running. Gen. John Kelly’s nomination to run the Department of Homeland Security played a large role: Mr. Trump will not have four generals in the upper echelons of the Trump administration -- the other two are Gen. James Mattis (ret), who was named defense secretary, and Lt.-Gen. Michael Flynn (ret), who will be national security adviser.

Giuliani is still on the short list, but he is not considered as likely as he once was to get the job. The former New York mayor turned down attorney general and homeland security, and that was interpreted as an attempt to box in Mr. Trump.

The president-elect discussed Romney’s prospects in an interview Wednesday with NBC’s “Today” show.

The Trump transition team is also gauging how much of a confirmation fight Exxon Mobil CEO Rex Tillerson would face, were he to be named secretary of state.

“He’s built a tremendous company over a period of years with great style,” he said on the “Today Show.”

The choice is not likely to be announced until next week, and possibly later.

Mr. Trump also mentioned he has been consulting with President Obama on his cabinet appointments.

“I have asked him what he would think of this one and that one. I’ve asked him what he thinks are the biggest problems of the country, what are some of the greatest assets going forward. We have a very good dialogue,” he told the “Today Show.” “I really -- I do like him. I love getting his ideas. And I may differ. In many cases, I differ very greatly. In many cases I’m the opposite.”

When “Today” host Matt Lauer asked if he had ever taken President Obama’s recommendation on a specific appointment, Mr. Trump gave this response: “I would say that, yes, I take his recommendations very seriously, and there are some people that I will be appointing and in one case have appointed where he thought very highly of that person, yes.”

Further announcements on Mr. Trump’s appointments are expected in the coming days.

South Carolina Rep. Mick Mulvaney, a Republican, is the top candidate for director of the Office of Management and Budget, CBS News Major Garrett reports.