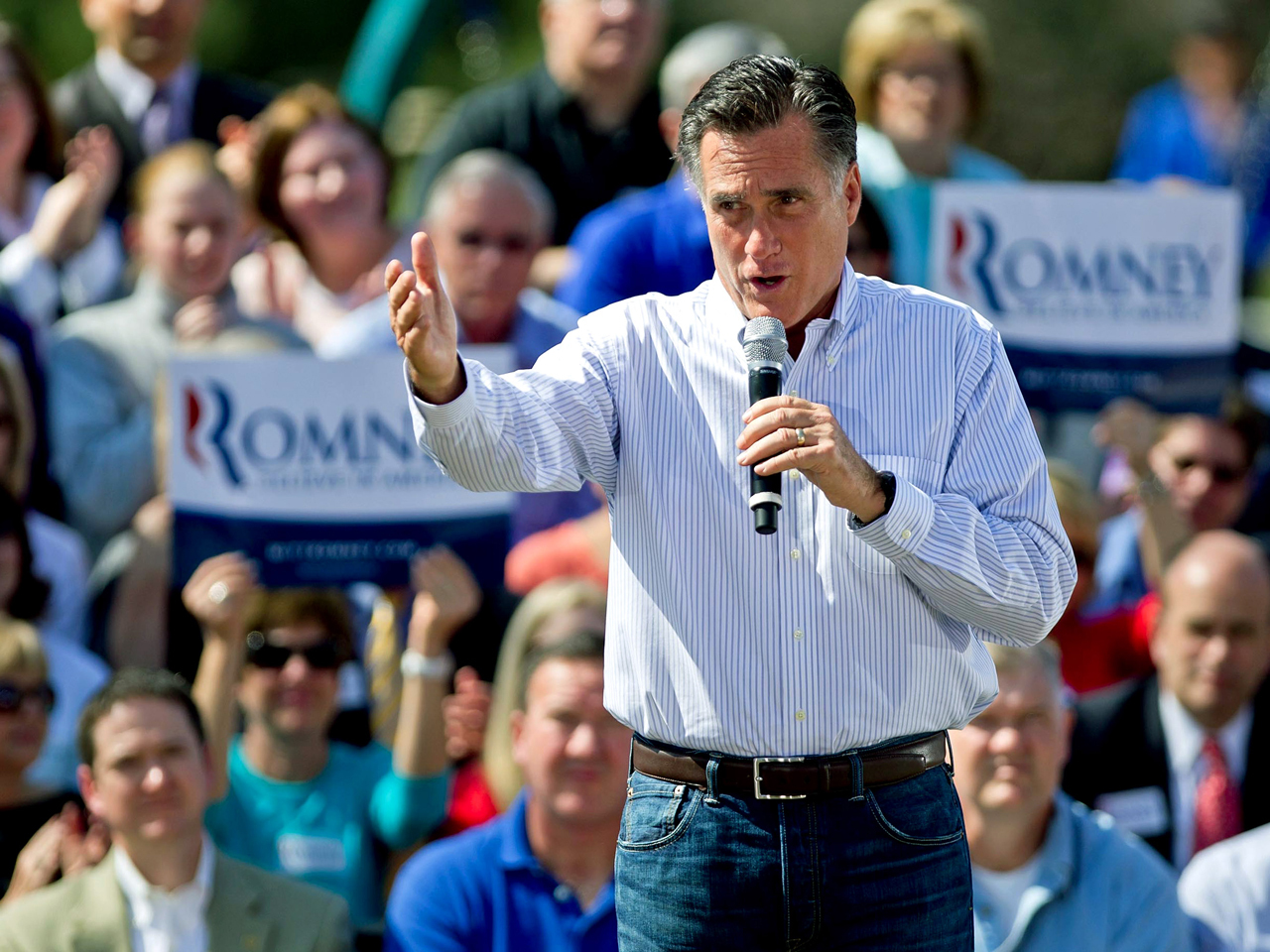 As national gas prices average more than $3.80 a gallon, Mitt Romney sought to pin the price increase on President Obama, though he acknowledged that "no one can guarantee what the price of oil's gonna be" and declined to pledge to bring prices down to a certain dollar figure if he is put in charge.

The Republican presidential candidate, speaking in an interview with Fox News, said he "absolutely" believes Mr. Obama is responsible for high gas prices, contending that "he has not pursued policies that convince the world that America is going to become energy secure, energy independent."

Romney cited restrictions on drilling in the Gulf of Mexico and the Arctic National Wildlife Refuge (ANWR), as well Mr. Obama's rejection (at least temporarily) of a permit to build a controversial pipeline that extends from Canada to Texas, as evidence that the president is sending a message to the world that "America's not going to have the energy we need."

"We're going to have to continue spending hundreds of billions of dollars out of our economy going into other nations," Romney told Fox. "Even our natural gas resources, which were going to convince people we were going to use those for purposes of getting off oil, he hasn't pursued that aggressively either."

"His policies are responsible for not having America using the energy that we have in this country," he continued.

Still, unlike his Republican presidential rival Newt Gingrich, who has vowed repeatedly on the campaign trail that if elected president he would bring gas prices down to $2.50 a gallon, Romney declined to make a similar pledge.

"Well, no one can guarantee what the price of oil's going to be, but we can take advantage of what we know we have," Romney said. "The president has lots of places to point his finger and, of course, we alone don't set world energy prices."

Fadel Gheit, an oil and gas analyst at Oppenheimer & Co., told CBS News recently that he believes the increase in gas prices is a result not of the actions of the Obama administration, but rather of a spike in prices that has spurred production, as well as technological advances over the past five years. He did say a president could help bring down gas prices by cracking down on speculation in oil markets, which he suggests has added 30 percent to the global price of crude.

Mr. Obama on Thursday addressed the issue of rising gas prices in remarks at a Maryland community college, telling voters there's "no quick fix" when it comes to bringing down gas prices - and that Republicans suggesting otherwise were merely making empty promises for political purposes.

He also assailed the argument that his policies had precluded America from drilling for oil.

"Do not tell me we're not drilling. We're drilling all over this country," Mr. Obama said. "Right now we're starting to see a lot of politicians talking a lot but not doing much. And we've seen this movie before. Gas prices went up around this time last year. Gas prices shot up in the spring and summer of 2008 - I remember, I was running for president at the time. This has been going on for years now. And every time prices start to go up - especially in an election year - politicians dust off their three-point plans for $2 gas... They head down to the gas station, they make sure a few cameras are following them, and then they start acting like, 'we've got a magic wand, and we will give you cheap gas forever if you just elect us.' Every time. Been the same script for 30 years."