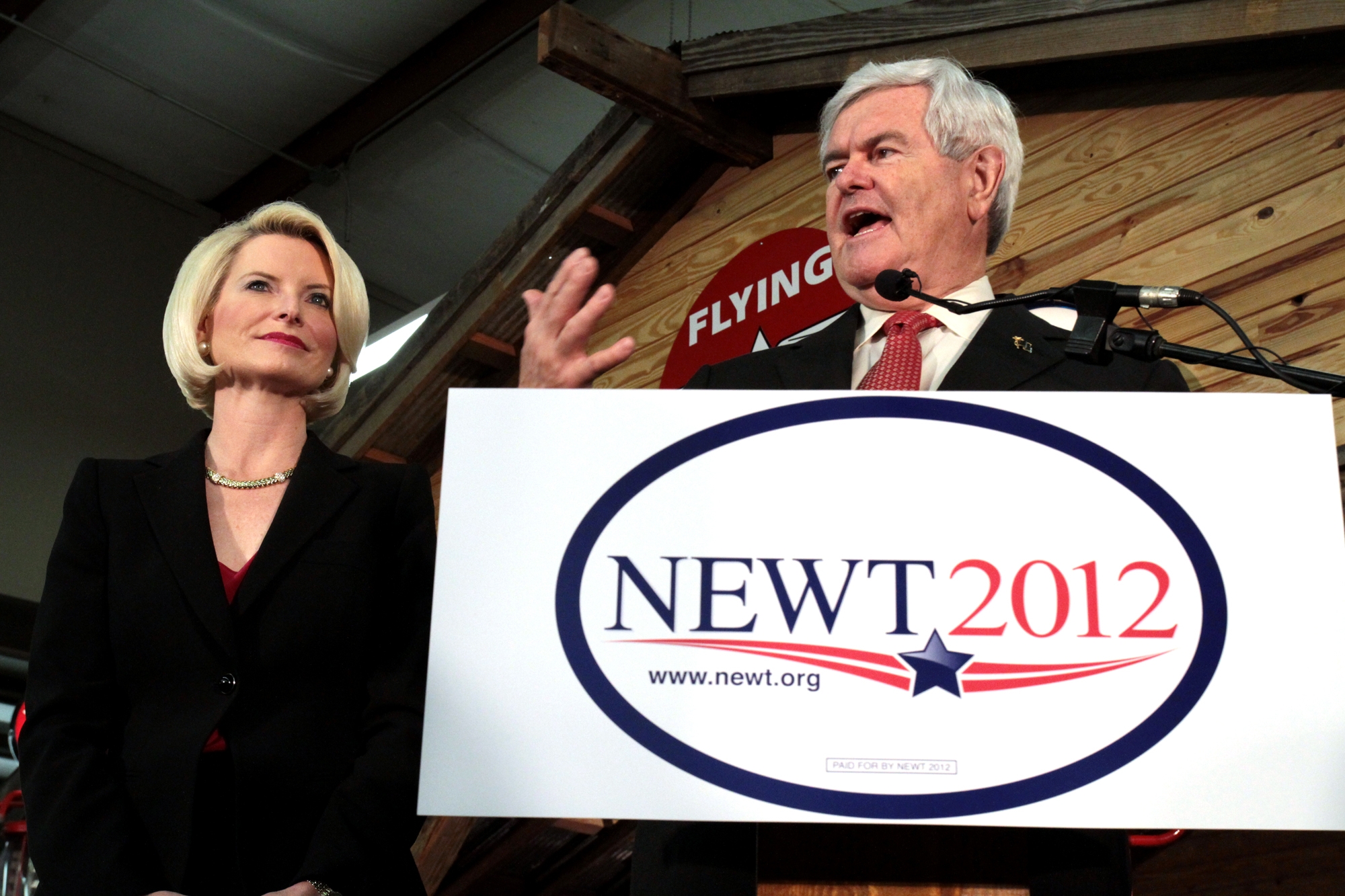 Central to Newt Gingrich's presidential campaign in recent weeks has been his claim that, as president, he would get gas prices reduced to $2.50 per gallon. (They currently stand at an average of more than $3.80 nationwide.) The White House suggested on Monday that Gingrich "is lying" in making the claim, though White House Press Secretary Jay Carney dialed back the rhetoric -- more or less -- on Tuesday.

"I shouldn't have gone to motivations," Carney said. "I should have said that anybody who said that doesn't know what he's talking about." President Obama has suggestedthat Gingrich's claim falls into the category of "phony, election year promises that never come about."

The Gingrich campaign responded to Carney Tuesday with a statement that read in part, "$2.50 gasoline is achievable and drilling here, drilling now so we can pay less and be independent of Middle East oil is just common sense."

According to Fadel Gheit, a Managing Director and Senior Analyst covering the Oil and Gas sector for Oppenheimer & Co. Inc., that claim is simply not true - barring the economy taking a disastrous turn.

The energy analyst told Hotsheet that Gingrich "really doesn't know what he is talking about."

The current price of crude? $126 per barrel.

"Only a depression would bring oil prices down that much," said Gheit.

Gingrich's energy plan, which you can read on his website, centers on the idea of expanding oil drilling in the United States; the website claims that "[t]oday's high gas and energy prices are entirely a function of bad government policies."

Since the United States only has two percent of the world's oil reserves, however, increased domestic production would not have a significant impact on prices, which are tied to global supply and demand.

"If we drill in the middle of Manhattan and everybody drilled in their backyard we would not have enough oil to move the global market," Gheit said.

Gheit does not confine his criticism to Gingrich: He believes President Obama should have approved the controversial Keystone XL pipeline, saying his decision to block it (at least temporarily) keeps the U.S. from a source of energy from a secure and friendly ally. But even if the pipeline were constructed, he said, there would not be a significant impact on the price of gasoline, since the impact on the global oil market would be relatively small.

Mr. Obama and the White House have taken credit for the fact that oil production has increased under his watch. On Monday, the president said that "Oil production here in the United States is higher than it's been in about the past eight years, so we're making progress on both the production front and becoming more efficient as an economy." He added that "obviously that's not providing the kind of relief people are looking for at the gas pump."

But Gheit attributes the increase not to the actions of the Obama administration, but instead to a spike in prices that has spurred production, as well as technological advances over the past five years.

"The president should not get any credit for increasing oil production, because he really has nothing to do with it," he said. Indeed, most experts say a president can have little impact on gas prices one way or the other -- though the American public believes otherwise.

There is one way a president could help bring down gas prices, says Gheit - cracking down on speculation in oil markets, which he suggests has added 30 percent to the global price of crude. (Mr. Obama last week ordered his oil speculation task force back into action.) But that would require new regulation -- and more regulation is something that Gingrich and Republicans in Congress have vehemently opposed.