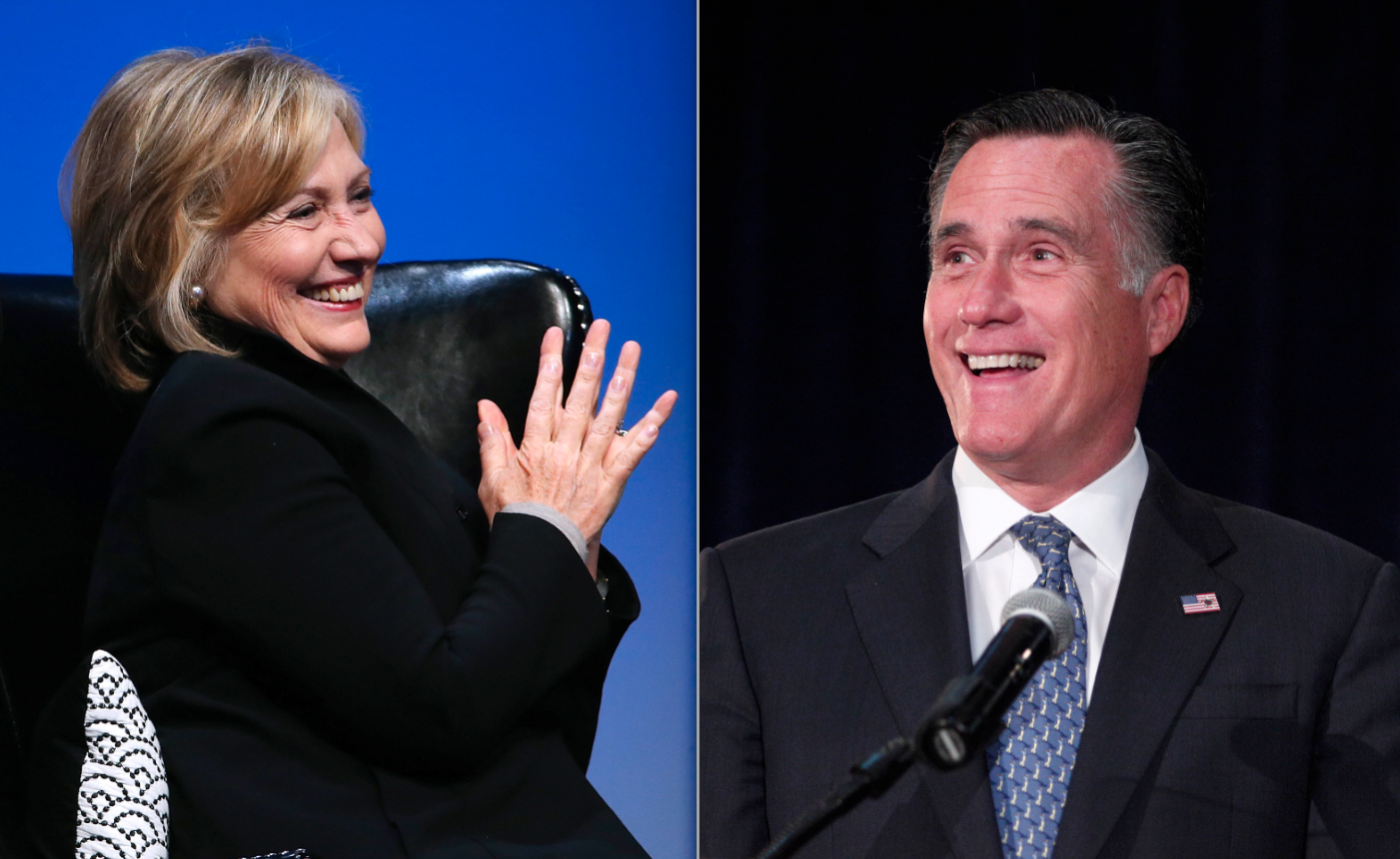 Mitt Romney has said he isn't running for president in 2016. His wife Ann has said her family is "done, done, done" when it comes to national elections. But the former Massachusetts governor and 2012 Republican presidential nominee is leading the field of GOP candidates in a new poll of 2016 Iowa caucus-goers from Bloomberg News and the Des Moines Register.

Several respondents said they were drawn to Romney because of his business background and the familiarity he's engendered after two previous presidential campaigns. "Mitt is a businessman and knows how to operate something," retired businessman Sylvan Schneider told Bloomberg. "He's probably learned a lot from his last campaign."

Fans of Carson, whose star as a conservative pundit has steadily risen since he criticized President Obama's policies at the National Prayer Breakfast in 2013, were drawn to his lack of government experience.

And though Ryan was not at the head of the pack, he may be the most broadly palatable: His favorability rating, at 75 percent, was the highest of the bunch, and he was the top second-choice candidate, at 10 percent.

Some other potential candidates have generated plenty of buzz nationally, but according to the poll, they've got their work cut out for them if they hope to claim Iowa's delegates. Texas Sen. Ted Cruz and Gov. Rick Perry were tied at 7 percent, New Jersey Gov. Chris Christie nabbed only 6 percent, and Wisconsin Gov. Scott Walker and former Florida Gov. Jeb Bush were both stuck at 4 percent.

With numbers like that, Clinton will begin the race in a commanding position if she decides to run. But there are also some early warning signs for the former secretary of state, who began her 2008 campaign as the favorite only to watch her lead deteriorate into a third-place finish in the caucuses.

Forty-four percent of likely Democratic caucus-goers said her close ties to Wall Street are a source of concern, while only 36 percent said they are an asset. That could provide an opening for a populist foe like Warren, whose laser-like focus on income inequality and financial services reform has endeared her to the progressive grassroots.

The poll, conducted by Iowa-based Selzer & Company, surveyed 426 likely Democratic caucus-goers and 425 likely Republican caucus-goers from October 1-7, and it carries a margin of error of plus or minus 4.8 percent.