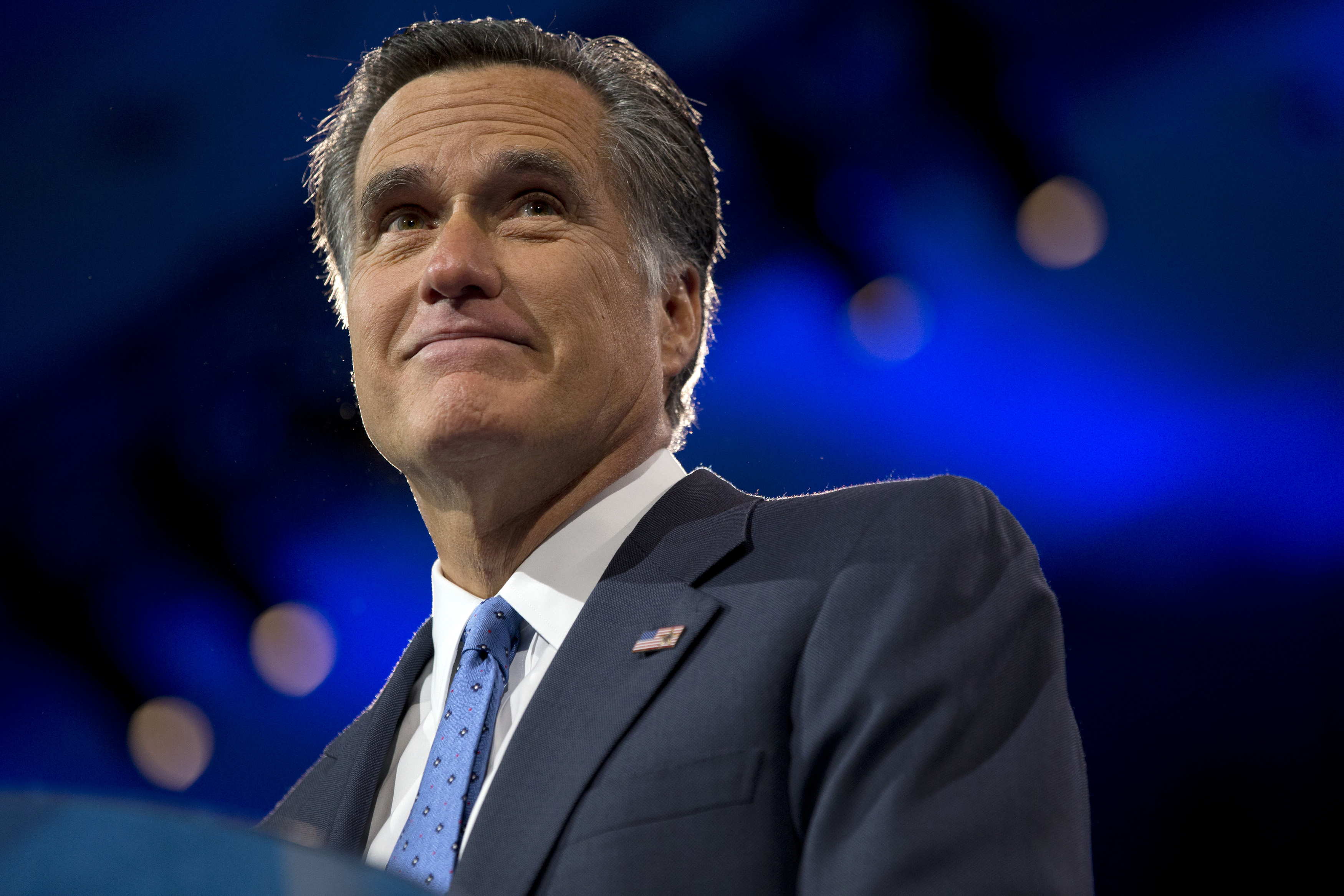 Far from being excommunicated by Republicans after his loss to President Obama, 2012 Republican presidential nominee Mitt Romney is enjoying a brand resurgence of late, drawing several potential 2016 candidates to his "ideas summit" this weekend in Utah and even earning some 2016 speculation himself.

Meanwhile, some other potential candidates are in Iowa for the state Republican Party's convention there Saturday. And not to be left out, Gov. Chris Christie, R-N.J., was in California Friday to raise money for the Republican gubernatorial candidate there and participate in a Facebook chat.

It all adds up to a busy weekend for the early 2016 Republican presidential sweepstakes.

In Utah, Romney has billed his summit as an opportunity for a new generation of conservative thinkers and political leaders to strategize about the best path forward for the party and the country. No fewer than six potential 2016 GOP candidates made the trek to the Park City, including Christie, Sens. Rand Paul, R-Ky., and Rob Portman, R-Ohio, Gov. Susana Martinez, R-Ohio, former Gov. Mike Huckabee, R-Ark., and Rep. Paul Ryan, R-Wis., who was Romney's running mate in 2012.

Romney once worried he'd be branded a "loser for life" by his party if he failed to unseat the president, but it hasn't quite worked out that way. Despite the crowd of up-and-comers at his summit, many people there were more abuzz about the possibility that Romney himself could jump into the race in 2016.

Rommey "is the only person that can fill the stage," said MSNBC host and former Republican congressman Joe Scarborough at a private dinner on the summit's opening night, according to The Washington Post.

"He would be a giant in a field of midgets," added Montana Gov. Brian Schweitzer, a Democrat who's weighing a 2016 bid himself.

Romney has not entertained speculation that he could mount another bid, saying he's only interested in putting his stamp on the party going forward and positioning Republicans to win national elections. "The unavailable is always the most attractive, right?" he said, according to The Associated Press. "That goes in dating as well."

He dinged potential Democratic presidential candidate Hillary Clinton during a campaign-style speech at the summit, pointing to mounting violence in Iraq to argue that the foreign policy Clinton helped engineer as secretary of state has been a "monumental bust."

"Tragically, all we've fought for in Iraq, all that 4,500 American lives were shed to gain, is on the cusp, potentially, of vanishing," Romney said.

The speculation swirling around Romney, who was the establishment choice in 2012, could reflect broader dissatisfaction with the party's slate of potential 2016 candidates.

One establishment favorite, Christie, has been handicapped in recent months by the traffic scandal surrounding the George Washington Bridge. And GOP officials believe former Florida Gov. Jeb Bush would be a formidable candidate, but they worry he has not demonstrated the constitution required for a brutal presidential race.

Paul, an insurgent Republican viewed skeptically by the party brass, sharpened his pitch ahead of his speech in Utah, telling Republicans they must expand their support without watering down their message.

"Our base is not big enough to win national elections and we have to reach out to new people, and that means African-Americans, Hispanics, young people, single women," Paul told The Washington Post. "We have to have a message that we don't dilute or make no longer consistent with who we are, but that we take elements that really do appeal to people."

After his appearance at the summit, Paul left Utah for Iowa to speak at the Iowa Republican Party's biennial convention in Des Moines.

Also scheduled to speak to Iowa Republicans Saturday are Gov. Bobby Jindal, R-La., and former Sen. Rick Santorum, R-Pa., who won the state's first-in-the-nation caucus during the his own 2012 presidential bid.

As they consider their future, Jindal, Paul and Santorum have all burnished their appeal among social conservatives - a voting bloc with particularly strong influence among Iowa Republicans.

Jindal and Santorum will return to Iowa in August along with Sen. Ted Cruz, R-Texas, and Gov. Rick Perry, R-Texas, to participate in the Family Leadership Summit, the organizers of that event announced Saturday, according to the Des Moines Register. Other potential but unconfirmed attendees at that gathering of Christian conservatives include Paul, Bush, Sen. Marco Rubio, R-Fla., Govs. Scott Walker, R-Wis., Mike Pence, R-Ind., and Christie.

Like Paul, Christie has counseled his party to reach out to Democrats and independents.

"If you want a candidate you agree with 100 percent of the time, look in the mirror," he said Friday during a fundraising trip to California to support Neel Kashkari, the Republican gubernatorial candidate there.

"I'm out here to support Neel, to let him know it can happen, but that you have to reach out to everybody," Christie said, according to the San Jose Mercury News.

During his trip, Christie also visited with Facebook CEO Mark Zuckerberg, who raised money for his re-election bid, and participated in a live chat with Facebook users. In response to a question about congressional gridlock, Christie advised lawmakers to seek common ground to solve problems, the Los Angeles Times reports.