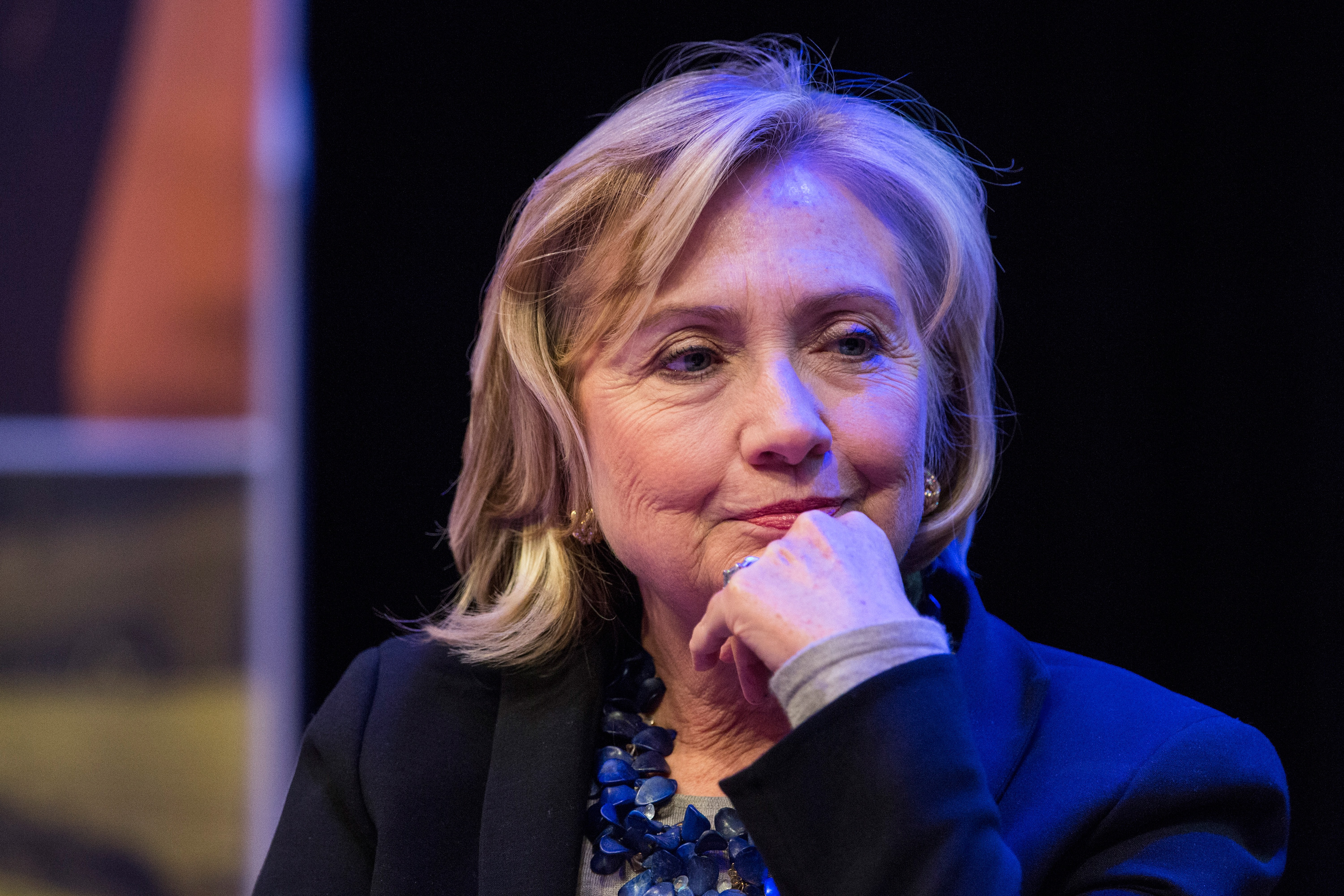 Presumably hungry for firmer footing this go around, Hillary Clinton on Sunday returns to Iowa for her first public appearance since the Hawkeye State dished out what she's described as an "excruciating" third-place finish in the first-in-the-nation presidential voting state's 2008 caucuses.

The former secretary of state will headline the 37th and last-ever Harkin Steak Fry, a longtime draw for the top names in politics and a bastion for any Democrat eyeing a White House run. Hosted every year by retiring Sen. Tom Harkin, D-Iowa, the event has seen heavyweights from John Kerry to Al Gore, and is credited largely with boosting the celebrity of then-Sen. Barack Obama in 2006.

With more than 5,000 people expected to attend, Harkin's final hurrah will mark the largest turnout since Clinton's only other visit to the steak fry in 2007. Former President Bill Clinton, who will accompany her to rural Indianola and is also slated to make remarks, has notched three prior steak fry appearances.

Harkin has stressed that the narrative this year will be effectively laser-focused on November's congressional midterms, which stand to yield a majority shift in the Senate. In the spotlight will likely be Democratic Rep. Bruce Braley, who's locked in a nail-biter race with Republican state Sen. Joni Ernst.

Still, the chance to show her face in the critical primary state comes at an opportune moment for Clinton, who recently said she'll announce early next year whether she intends on mounting a reprise presidential bid.

Fueled in no small part by Clinton's stubborn cageyness, speculation about her future plans have been flying wildly for months. Harkin told the Associated Press on Friday he has no intention of whetting the chatter: "I don't want to be in a position of piling it on," he said. "This is a decision she has to make. She knows how much I care about her and Bill."

The event's atmosphere will almost certainly insist otherwise. "Ready for Hillary," the powerhouse super PAC that's amassed an impressive legion of deep-pocketed Democrats to help assemble the scaffolding of a potential Clinton run, has for weeks been rallying attention to the steak fry, wooing Iowans with the prospect of free swag and offering to shuttle in college students from around the state.

Though general consensus nods to the overall diminished pull of the caucuses, they've also been known to dispense a boon to a lilting campaign, most recently to Rick Santorum, whose strong finish in Iowa rocketed his campaign to top-tier status.

And without question, Clinton has something to prove there.

Her shaky presence in Iowa during her 2008 run devolved into a crippling stain on her campaign when it was leaked to the media that her team was seriously considering pulling out of the caucuses entirely to focus on other primary states. She was disciplined in turn with a shocking upset by Mr. Obama and former Sen. John Edwards, D-N.C., which ultimately dismantled her frontrunner status.

Now as she arrives again atop the list of Democratic contenders, Republican leaders emphasize, it's no fresh start.

"Obviously the visit is going to be a little bit awkward for Hillary Clinton," Republican National Committee Chairman Reince Priebus told reporters on a conference call Friday. "She lost [the 2008 caucuses] because... she's one of the most out-of-touch politicians in America. And she had a very difficult time connecting with people in the Hawkeye State.

"...Her strategy was to skip, and build up an air of inevitability," he went on. "She appears to be repeating that strategy."

On the same call, Iowa GOP Chairman Jeff Kaufmann agreed his party is "very anxious" to hear her "explanation" for snubbing Iowa six years ago.

Describing Iowa voters as keen for a candidate who can "sit across from you in your living room" and discuss the issues, Kaufmann surmised: "Quite frankly I don't think Mrs. Clinton fits that particular bill." He added that he doesn't foresee some kind of "born-again experience" in 2016 "in terms of her ability to interact with the common person and the common Iowan."

Priebus and Kaufmann trumpeted poll numbers out this week that showed 43 percent of registered voters harboring a positive view of Clinton - a sharp drop from her approval rating of 59 percent in February 2009, when she had just been named secretary of state. Still, the same poll they referenced boasted Clinton as being more positively viewed than most Republicans weighing presidential runs, including Kentucky Sen. Rand Paul, Florida Gov. Jeb Bush and former GOP nominee Mitt Romney.