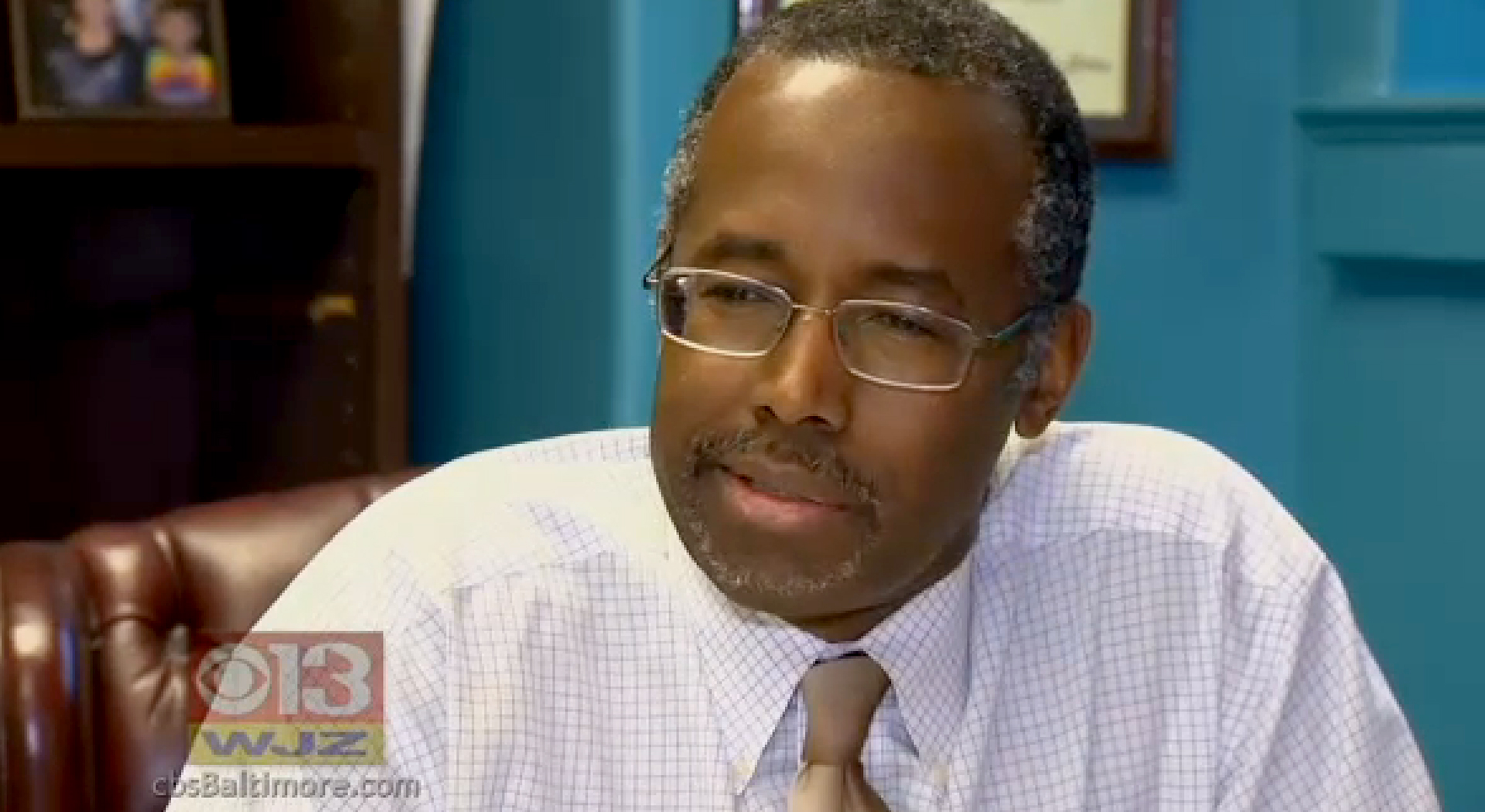 Dr. Ben Carson was already a world-renowned doctor when he was invited to speak at a Washington, D.C. panel a week ago. But he was launched into the political spotlight -- and perked the ears of conservatives -- when he spoke out against President Obama's health care and economic policies with the president just feet away.

In an exclusive interview with CBS Baltimore WJZ, the neurosurgeon responded to speculation about his political future and what he plans on doing when he retires from Johns Hopkins in four months.

Although Republicans have expressed a lot of support, Carson said he doesn't align himself with a political party.

"I call myself a logical person," Carson told WJZ-TV's Adam May. "I happen to be an independent -- registered as an independent -- but anything I talk about or advocate, I would challenge anybody to show me where it's not logical."

Carson spoke earlier this month at the National Prayer Breakfast, an annual event hosted by members of Congress and the conservative Christian organization The Fellowship Foundation. In a charismatic, 22-minute speech, he lambasted fear of "political correctness" and called for a flat tax, a private health care savings plan and smaller, less involved government.

A YouTube video of the speech has since gotten over 2 million views and earned praised from conservative pundits. He's been invited on numerous talk shows and his book has shot up to number one on Amazon's best seller list. A Wall Street Journal editorial called on Carson to run for president.

Carson has said he doesn't plan on running for office, but continues to keep the door open. "That calling has to come from God," he said. "I never rule anything out because I'm not totally in control."

The National Prayer Breakfast is not Carson's debut into politics. In 2008, President George Bush honored him with the Presidential Medal of Freedom, the highest national civilian honor. He has also offered the White House advice on national policy. In his interview with WJZ, Carson reiterated his platform on welfare and the economy.

"The best thing they can do is stop trying to interfere with everyone's life, particularly businesses," Carson said of government.

Carson, whose bio states he grew up in poverty in a single parent home, said that includes the welfare system.

"There are a lot of unwed mothers who had three or four children," Carson said. "The government and your fellow taxpayers will not be responsible for it."

The complicated tax code, he also said, should be thrown out for something simpler.

While others have praised his speech, Dr. Lester Spence, who specializes in black politics at Johns Hopkins, said he's skeptical about Carson's political future. He said a lot of the buzz surrounding Carson has to do with the fact the Republican Party is desperate for a fresh face that appeals to minorities.

"The simple reading - it's not right - but the simple reading is that 'Wow, if we can find someone black and intelligent who thinks like us, we can get back on the path to political success,'" Spence told May.