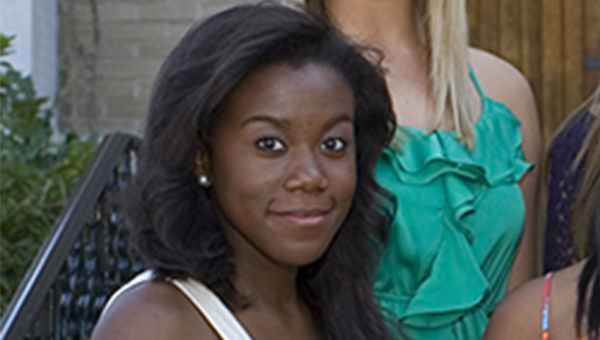 OXFORD, Miss. -- A Mississippi woman who once sought to disguise a planned journey to join the Islamic State of Iraq and Syria (ISIS) as her honeymoon was sentenced by a federal judge Thursday to 12 years in prison on a terrorism charge.

Vicksburg native Jaelyn Young broke down in heavy sobs during her sentencing by U.S. District Judge Sharion Aycock. Young pleaded guilty in March to one count of conspiring to provide material support to a terrorist organization.

Young had faced up to 20 years in prison.

Her parents pleaded for leniency at Thursday's hearing. Young, amid sobs, said she was ashamed of her actions.

Her fiance, Muhammad Dakhlalla, pleaded guilty March 11 to a similar charge and is set to be sentenced Aug. 24. Prosecutors have said Young, who converted to Islam while studying at Mississippi State University, had prodded Dakhlalla into the plan.

The two were arrested in 2015 before boarding a flight from Columbus, Mississippi, with tickets for Istanbul, Turkey.

"I found the contacts, made arrangements, planned the departure," Young had written in a farewell letter to her family. "I am guilty of what you soon will find out."

Young and Dakhlalla were among a number of people arrested around the country for ISIS sympathies. Like many, authorities said, they had developed views supporting ISIS in part by watching online videos and were arrested after social media posts attracted the attention of the FBI.

The daughter of a school administrator and a police officer who served in the Navy reserve, Young is a former honor student, cheerleader and homecoming maid at Vicksburg's Warren Central High School.

The two were arrested in August 2015 before they could board the flight from Mississippi with tickets for Istanbul purchased using her mother's credit card without permission, according to court records. Authorities said the couple had contacted undercover federal agents in May, seeking online help in traveling to Syria. Both remained jailed in Oxford since their arrests.

Court papers say Young announced her conversion in March 2015 and began wearing a burqa, a garment worn by some Muslim women to cover their face and body.

"After her conversion, Young distanced herself from family and friends and felt spending time with non-Muslims would be a bad influence," prosecutors wrote.

A court statement said Young increasingly complained about the treatment of Muslims in the United States and United Kingdom. Prosecutors said that, after watching videos included pro-ISIS messages from a British Muslim preacher who faces criminal charges of supporting the group - she began to view the fighters as liberators.

"Young continually asked Dakhlalla when they were going to join (ISIS) and began to express hatred for the U.S. government and to express support for the implementation of Sharia law in the United States," prosecutors wrote.

By May 2015, she had begun seeking advice online on how to travel to Syria, eventually making contact with undercover FBI employees, according to prosecutors.

Young told the undercover FBI employees that she and Dakhlalla would like to be medics treating the wounded. Dakhlalla, in online contacts, said he was good with computers and media and wanted to contribute to ISIS' struggle. Court papers say Dakhlalla said online that he wanted to become a fighter and learn "what it really means to have that heart in battle."

At one point, Young said she planned to camouflage the couple's journey as a honeymoon, but later dropped that idea.