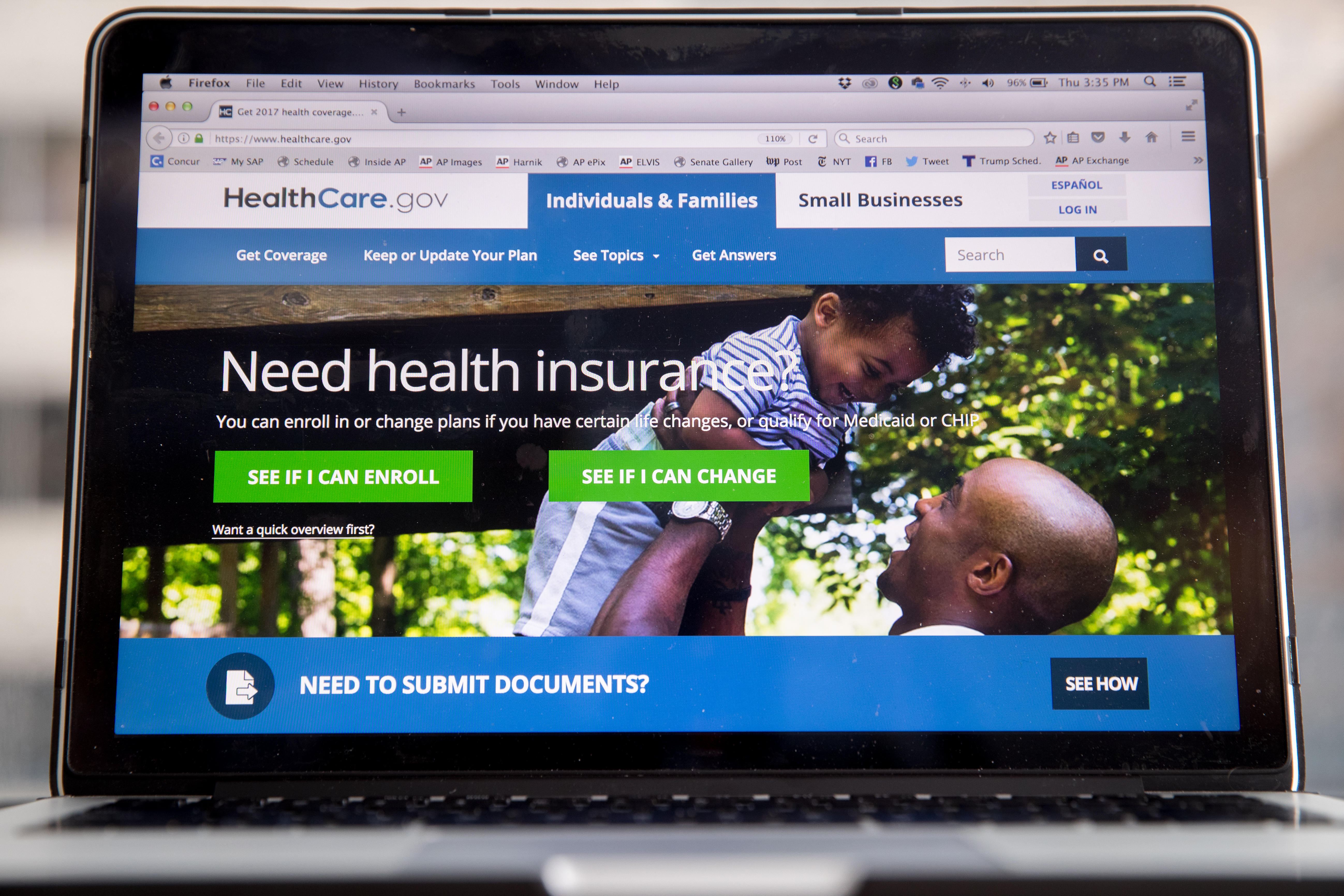 WASHINGTON -- More than 12.2 million people have signed up for coverage nationwide this year under the Obama-era health care law even with the uncertainty created by President Donald Trump’s vow to repeal and replace it.

A count by The Associated Press shows that many consumers returned to the program despite its problems. Aside from the political turmoil, those difficulties include a spike in premiums, rising deductibles and dwindling choice of insurers.

Although initial enrollment is about 4 percent lower than last year, the sizable number of sign-ups illustrates the risk Republicans face as they begin moving to dismantle the Affordable Care Act, also known as Obamacare, and put in its place a yet-to-be-defined conservative approach.

AP’s analysis showed that a clear majority of those enrolled — nearly 64 percent — live in states that Trump carried in November.

“If they are going to replace it, it had better be as good or better than what is there, and if it’s not I think it’s going to cost them,” said John Chipman, a drummer from Austin, Texas, who’s also covering his wife and their two children.

This year the family scaled back from a “silver” plan to “bronze” to avoid a big premium increase. But without the health law, Chipman says he and his wife would probably be turned down for health insurance because of pre-existing medical conditions.

The federal Health and Human Services Department reported last week that 9.2 million people signed up in the 39 states served by the HealthCare.gov website, which offers subsidized private health insurance to people who don’t have job-based coverage.

AP checked with the remaining 11 states, and Washington, D.C., and found an additional 3 million enrolled, for a national total of 12.2 million. A full national report from the government won’t be available for at least another month.

Under the health care law, the nation’s uninsured rate has fallen to a historic low of about 9 percent, with some 20 million people gaining coverage since its passage in 2010. In addition to the subsidized private plans available through HealthCare.gov and state marketplaces, the law offers states the option of extending Medicaid to cover more low-income adults.

To begin with, the numbers are well short of the 13.8 million people that the Obama administration had hoped to sign up. Also, the public health insurance markets usually see high attrition as the year goes on, with about 1 in 5 customers eventually dropping out. Some customers don’t even bother to pay their first month’s premium.

“It’s clear overall enrollment numbers are trending downward for Obamacare over last year, no doubt due to the law’s unpopular mandates and high costs,” Sen. Orrin Hatch, R-Utah, said in a statement. Republicans “are committed to establishing a responsible transition phase to ensure as much stability as possible for consumers who purchased insurance.”

Asked about the numbers, HHS spokesman Matt Lloyd said the Trump administration sees Obamacare as a failure and is pursuing alternatives that will “work for the American people.”

One state — Minnesota — took extraordinary measures to keep residents insured. The state has seen premium increases averaging from 50 percent to 67 percent, and lawmakers used $312 million in rainy day funds to buy down monthly rates for consumers who don’t get federal subsidies. Since most health law customers already get federal assistance, the bulk of the state money is going to residents who purchase plans outside the government-sponsored marketplace.

Supporters of the health care law say the political uncertainty about its future probably kept many people from signing up.

“We heard from consumers saying they thought Obamacare had ended with President Obama’s administration,” said Elizabeth Colvin, who heads the health care sign-up program at Foundation Communities, an Austin nonprofit serving low-income working people. “Some consumers said, ‘Why bother if it’s going to go away?’”

Although Colvin said the confusion made it harder to reach consumers, her program signed up some 4,000 people, or about 6 percent more than last year.

“These numbers demonstrate that there’s a demand for this insurance, and that people see value in the financial protection... and the access it gives you to health care,” she said.

Vincent Daley, of Cambridge, Massachusetts, works three jobs but none of them offers insurance. He signed up during open enrollment after missing last year’s registration opportunity. “Insurance was extremely important because I had been through an accident before playing rugby,” he said.

AP’s tally of sign-ups comes as the Senate is moving to confirm Georgia congressman Tom Price as the nation’s next health secretary. Price has told senators the administration does not want to “pull the rug out” from people now covered, and he all but acknowledged that there’s no Trump replacement plan ready to roll out.

Independent analyst Caroline Pearson of the consulting firm Avalere Health said without the full support of the new administration, insurance markets will continue to struggle. “Insurer participation in 2018 remains uncertain, and some regions are at risk of having no participating plan,” she said.