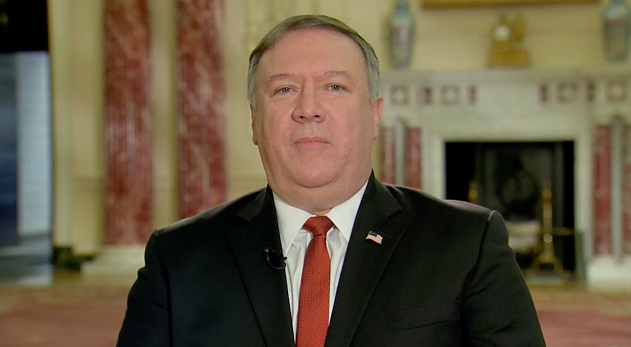 Secretary of State Mike Pompeo defended President Trump's plan to send troops to the southern border as a caravan of migrants makes its way across Mexico, dismissing criticism that the move is motivated by politics ahead of the midterm elections.

"We've made clear to them they need to undertake every effort they can to stop this illegal migration from entering the United States, and the president's made very clear they will not be permitted to enter our country unlawfully," Pompeo said on "Face the Nation" Sunday.

He disputed that Mr. Trump's emphasis on hardening his immigration policies in recent weeks was aimed at rallying his base.

"I've been involved in scores of conversations about stopping illegal immigration from Mexico and never once has there been a discussion of the political impact in U.S. domestic politics," Pompeo said. "It has always been about securing the safety of the American people and securing our southern border."

Pompeo said the president is "trying diligently to get our foolish immigration laws changed," and that "many of the challenges we face today with illegal immigration are because we have a set of rules, a set of laws that don't allow us to fully secure that southern border."

The president has ratcheted up his rhetoric on immigration and announced the deployment of thousands of troops to the border to meet the caravan of migrants, many of whom are women and children fleeing violence in Central America. At a recent campaign rally, Mr. Trump wondered aloud, "Did they energize our base or what?"

Asked whether he agrees with that assessment, Pompeo demurred: "As the secretary of state, I want to talk about American national security. We are determined to secure the southern border."

On the issue of renewed sanctions on Iran that kick in on Monday, Pompeo said that European countries are already fleeing the country. The sanctions had been lifted under the 2015 nuclear deal with Iran and reimposed by Mr. Trump, who announced the U.S. would withdraw from the pact earlier this year.

"European companies have fled Iran in great numbers. Hundreds of businesses have departed Iran," Pompeo said. "The whole world understands that these sanctions are real that they are important that they drive the Iranian people's opportunity to make the changes in Iran that they so desperately want and stop Iran from having the wealth and money that they need to continue to foment terror around the world."

On the issue of the murder of Jamal Khashoggi, Pompeo said the administration "still [has] lots of work to do to figure out the full range of persons that need to be held accountable."

"We need to get to the bottom of it," he said. Asked if the Crown Prince of Saudi Arabia was involved, Pompeo said, "We're going to follow the facts wherever they go."