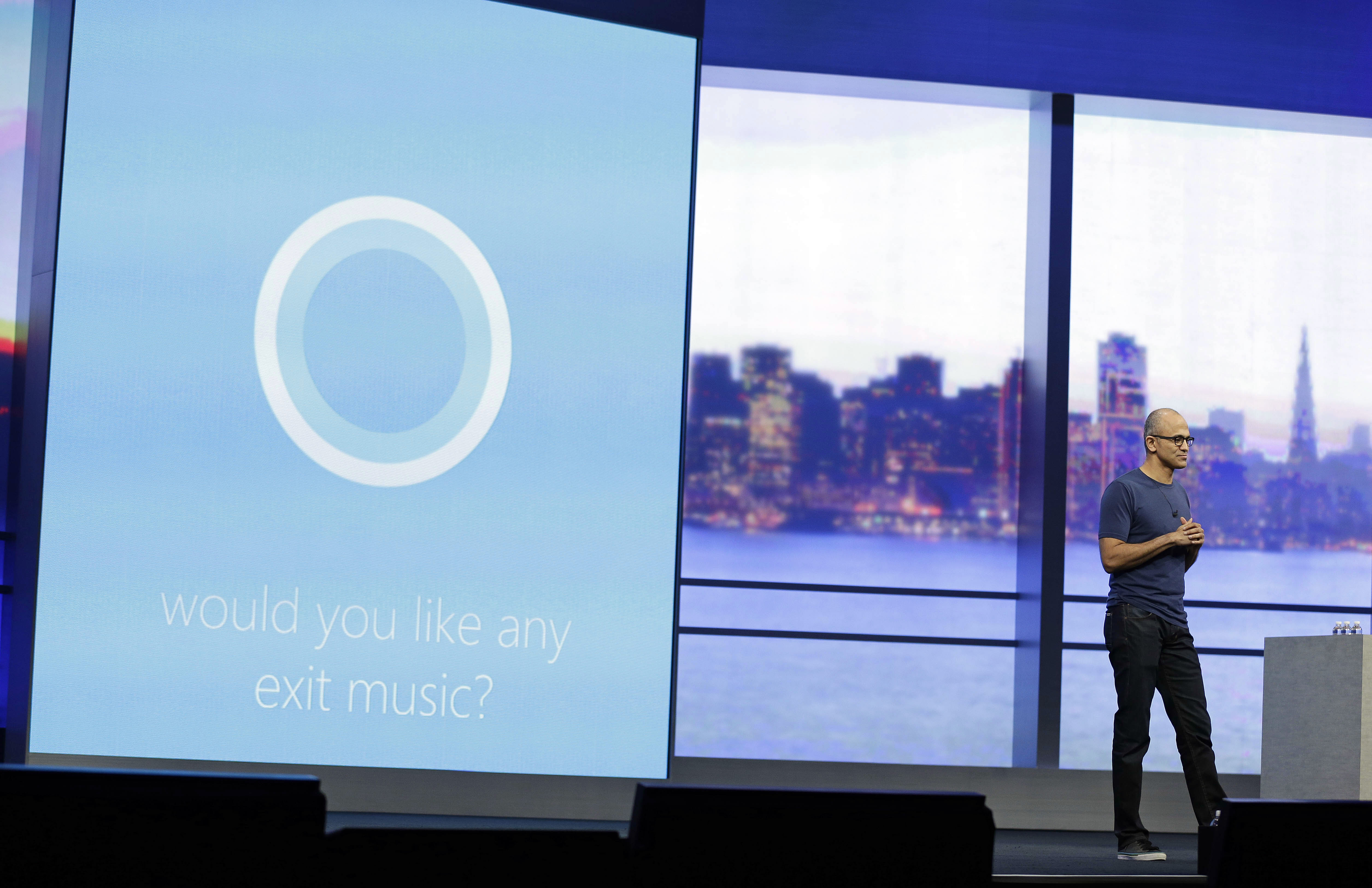 The assistant, named Cortana, tries to be chatty like Siri on Apple's iPhones and iPads, while anticipating information you might want, like Google Now on Android devices.

Cortana will warn you of conflicts when you add items to your calendar, and it will remind you to ask about the new dog your sister just got the next time you communicate with her, whether that's by phone, chat or email. It will offer to remind you of upcoming travel by scanning your email.

Microsoft says the feature is in a "beta" test mode as the company tries to improve its voice recognition capabilities. In fact, during Wednesday's announcement, Cortana made numerous mistakes, including offering weather in Celsius when the request was for the Kelvin temperature scale.

Cortana is among the new features coming to a Windows Phone update called 8.1. The company says it will be available on new phones in about a month and will be available as an update on existing phones a few months later.

Other products and features announced Wednesday include a new Action Center for the Windows Phone system as a hub for app notifications and information such as remaining battery life. And the company says Windows Phones will include automatic connecting to free Wi-Fi hotspots to save on cellular data.

The company also provided more details on making the Windows Phone system more useful in business settings. Companies will be able to restrict apps that can run on phones issued to employees or prevent sensitive documents from being saved locally.

In addition to Windows Phone announcements, Microsoft is also updating its Windows 8.1 system for tablets, laptops and desktops. Although Microsoft has been pushing touch-screen controls, the new update is designed to make it easier for those with traditional keyboard and mouse controls.

As CNET reports, the system will automatically detect whether a user is on a tablet or desktop, and adjust accordingly. The Windows 8.1 update also offers a combination of touch-screen tiles and the traditional Start Button, which many users missed when it was dropped from Windows 8.