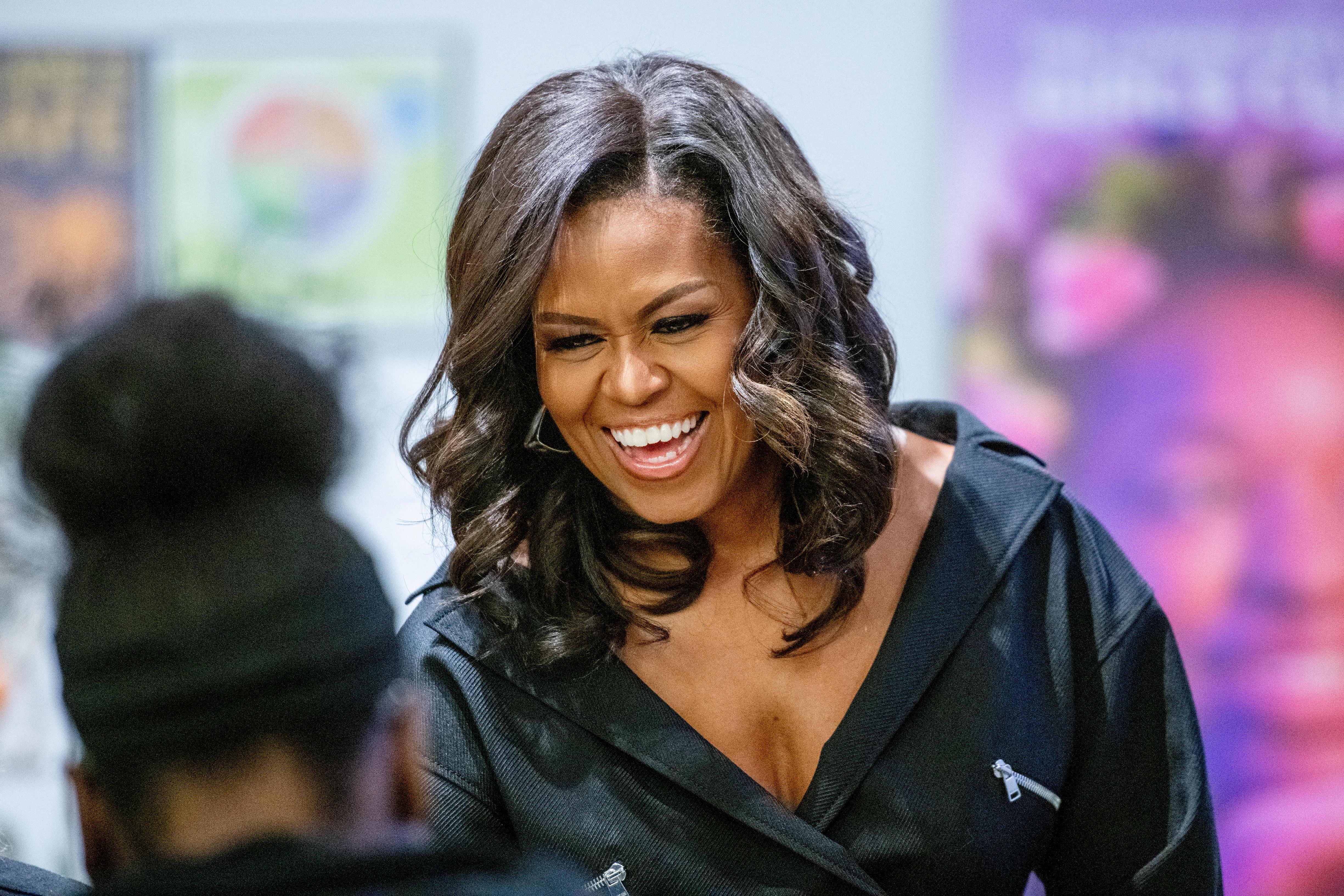 NEW YORK -- Thirty New York City girls were in for a lunchtime surprise on Saturday: a vegetable bowl with toasted farro shared with a very famous woman. Michelle Obama stunned them with a visit to the Lower Eastside Girls Club in Manhattan, slipping into a room to a chorus of squealing delight.

She helped prepare healthy lunches for them with Sam Kass, the former executive director of the Let's Move! campaign that Obama championed when her husband was president. It's aimed at reducing childhood obesity through a healthier lifestyle.

After lunch, Obama led a discussion with the girls, who are learning about urban farming and cooking. The lunch included produce from their rooftop garden.

The other star of the day was farro, an ancient grain with twice the protein and fiber of modern wheat.

"If I could choose how to spend every second of my day, it would be doing stuff like this," she told the students.

Obama told the girls they could ask any question they'd like, to which one of them wanted to know why she hasn't run for president.

"I don't want to be president," Obama replied. "My path has never been politics; I just happened to marry somebody whose passion was politics."

Each student received Obama's autobiography, "Becoming," which has sold 2 million copies so far.

The Lower Eastside Girls Club offers workshops in digital and audio arts, as well as mentoring in activism and leadership.

On Saturday evening, the girls would see Obama again at Brooklyn's Barclays Center, the 19,000-seat arena where her appearance was billed as "an intimate conversation" with poet Elizabeth Alexander as part of the former first lady's national book tour.

Interest in the sold-out Barclays evening was so great that she is to return there on Dec. 19 for a discussion moderated by Sarah Jessica Parker.

Ten percent of proceeds from tickets - priced at $129 to $500 - are going to New York community groups.