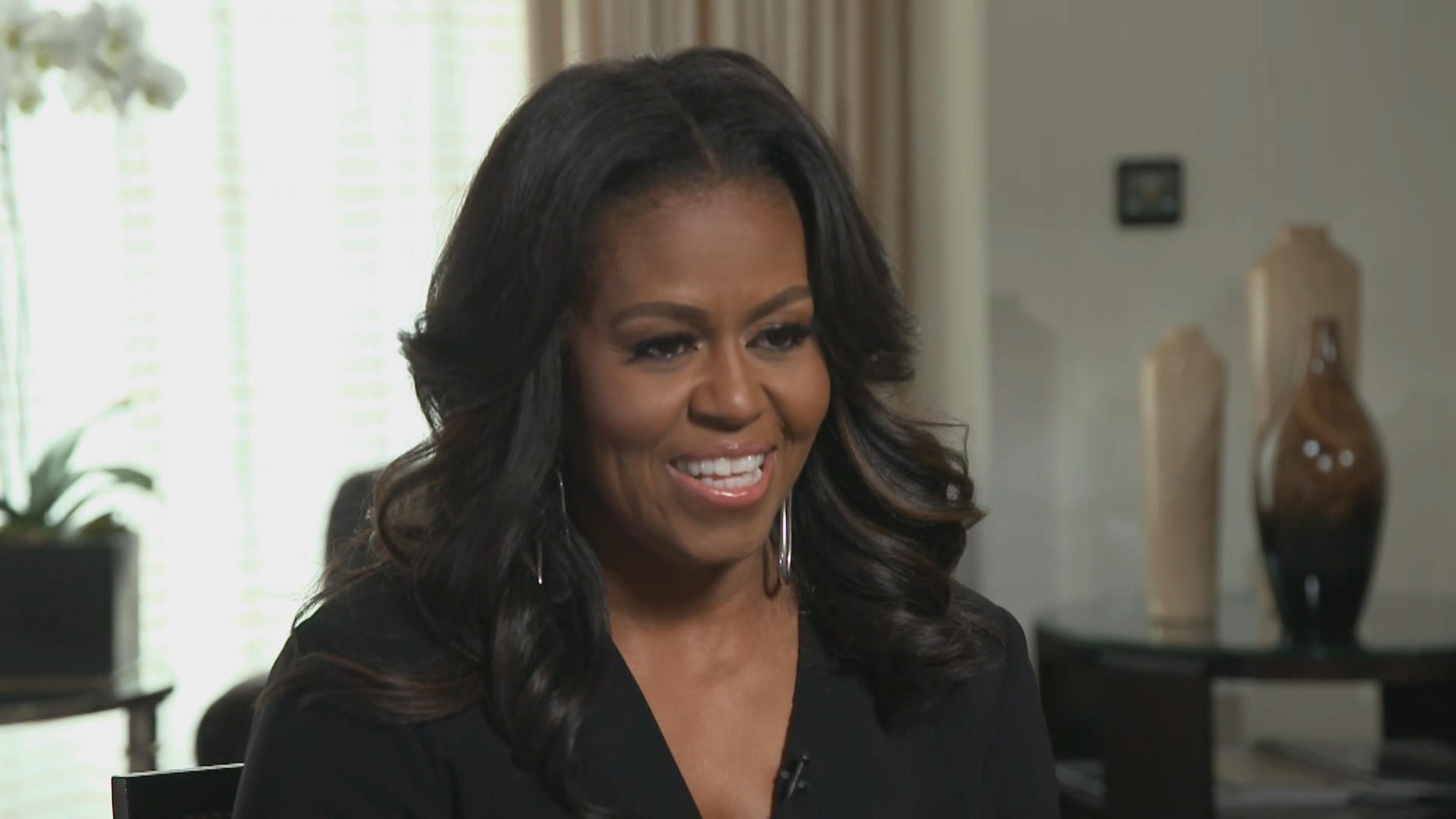 Michelle Obama was once told by a school counselor that she probably wasn't good enough for Princeton. She was good enough, and wasn't all that impressed when she got there.

"I'm expecting brilliance. Genius. And then what I discover is, wow, there's a lot of arbitrariness to this stuff, you know?" Obama told "CBS This Morning" co-host Gayle King. "There's a debate about affirmative action when it comes to race. What I point out is that I got to Princeton, I realized there's a whole – all kinds of affirmative action that goes on. There are kids who get in because they're athletes. There are kids who get in because there's a legacy. It's just that race stands out….But it was important for me to see that."

As first lady, Obama found herself on the world stage as one of the most visible women in the world, but in her new memoir, "Becoming," she writes about growing up haunted by self-doubt. She also describes learning that she was not alone in wondering, "am I good enough."  Luckily for Obama, when that school counselor told her "you're not Princeton material," she was armed with having been told the "direct opposite" of that for most of her life.

"I had grown up with love, and support, and encouragement, and high expectations. But here I walked into this room with a woman who really didn't know me, because it was a big high school, and she had to make a quick assessment. And her assessment could've been -- and I don't know -- was, 'Grade point average? Yeah, you're a good student. You know, your scores are good. You're black. You're here in this public school. Maybe you're stretching.' She didn't even know my brother went to Princeton. She didn't ask me any questions…. She didn't try to figure me out. She just decided that the dream I presented was wrong…. But let me tell you, we could probably go into any room of black women, or people of color, or people who grew up in poor communities, or rural communities, and you'd ask them, 'Has anybody ever told you you couldn't?' And everyone would raise their hand," she said.

But that self-doubt would creep in at various moments throughout her life -- perhaps most intensely while on the campaign trail with her husband.

"I write in Chapter 17....that chapter was probably one of the hardest for me to write. And it's the hardest, still, for me to read. Because it goes over a painful time in the campaign when I thought I was doing great telling my story, sharing it honestly. But my whole persona was distorted. This was the time I was called an angry black woman. I was called Obama's babies' mama. I was called someone who didn't love her country. And I – it's important for me to paint all that because people don't remember that. They see Michelle Obama," she said.

Obama feels its important to remind people about that time, especially young girls who only know her as the Michelle Obama she is today, who were too young to remember that time of her life.

"It's like the punch in the gut that the counselor. It was another series of punches," she said of being labeled an "angry black woman." "Someone who judged me without knowing me…It was just happening at a bigger level… But I had to draw on the same foundation of I cannot let one, or two, or a few people's judgments of me control me. And at that point I had thought about getting off the campaign trail."

Obama said she went to her husband and told him she'd step back if she wasn't an asset to his campaign. He refused.

"And he was like, 'No. You are – you're the closer. You know, we need you out there.' And so I had to get myself together and I'm gonna have to show the world that I do belong. I am good enough to be the first lady. I do love my country."