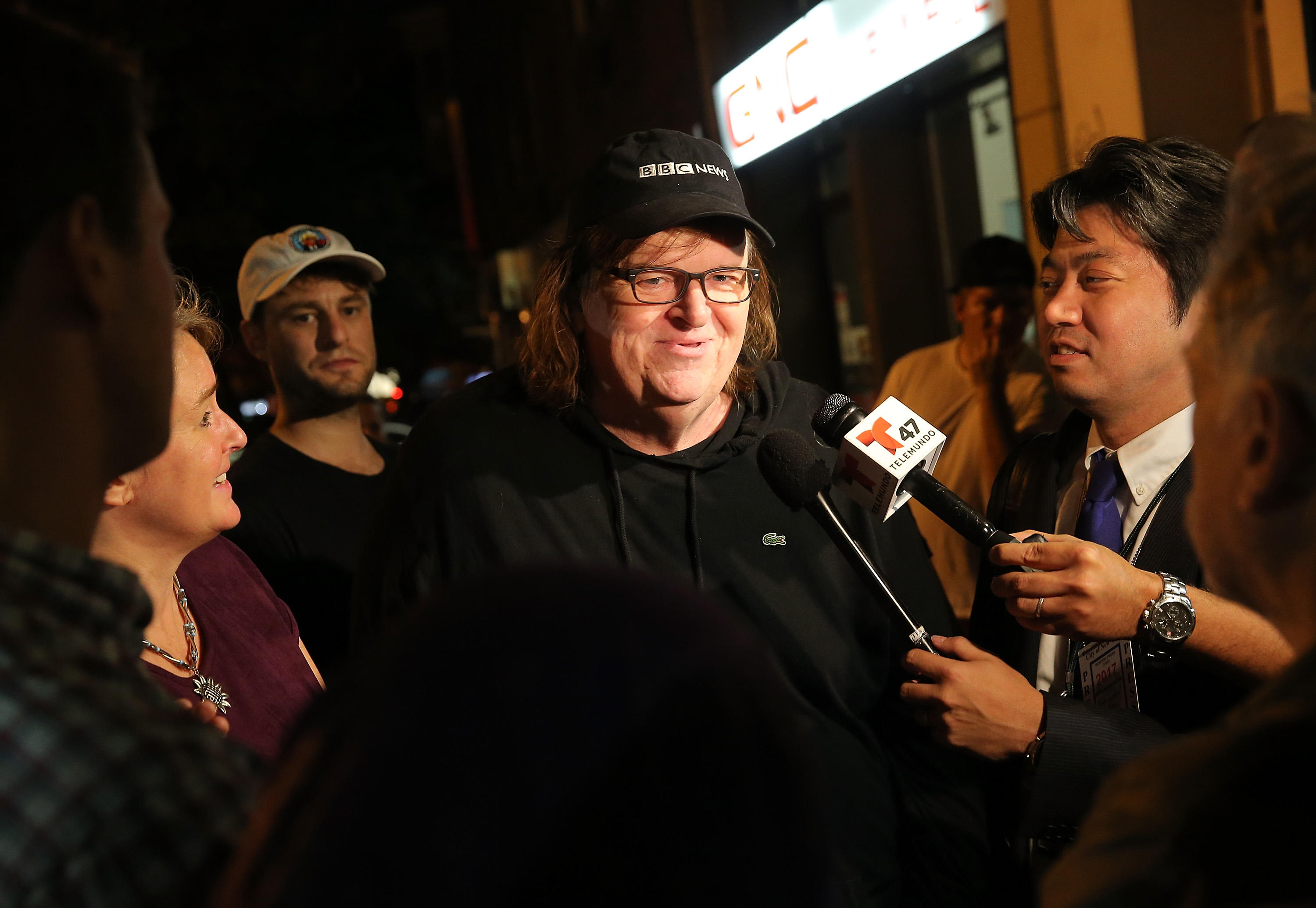 Moore’s latest film, “Michael Moore in TrumpLand,” was made in 12 days and premiered last week in New York City before being released in select theaters and on iTunes. In it, Moore travels to a GOP-friendly Ohio town to perform a one-man show making the case of Hillary Clinton.

But while speaking to the press in connection with the release of the film, Moore has given the impression that some voters are beyond convincing -- and he’s not mincing words in discussing the repercussions of voting for Trump.

“I want them to think about the damage they could do by being a legal terrorist on November 8,” Moore told Rolling Stone during an interview.

“Legally, you have a right to vote on November 8. You can go in there and even though you’re not necessarily in favor of Trump and you don’t like him that much and you know he’s a little crazy, you also know he’s going to blow up the system -- the system that took your job and house away from you,” he explained.

“You get to get back at the system now and blow it up and this is the only day you can do it legally. He’s told everybody that’s what he’s going to do. He’s the outsider who is going to ride into town and blow up the old way. So you, as a voter, get to participate in the detonation. He’s going to get a lot of votes from people who actually just want to sit back and watch the thing blow up.”