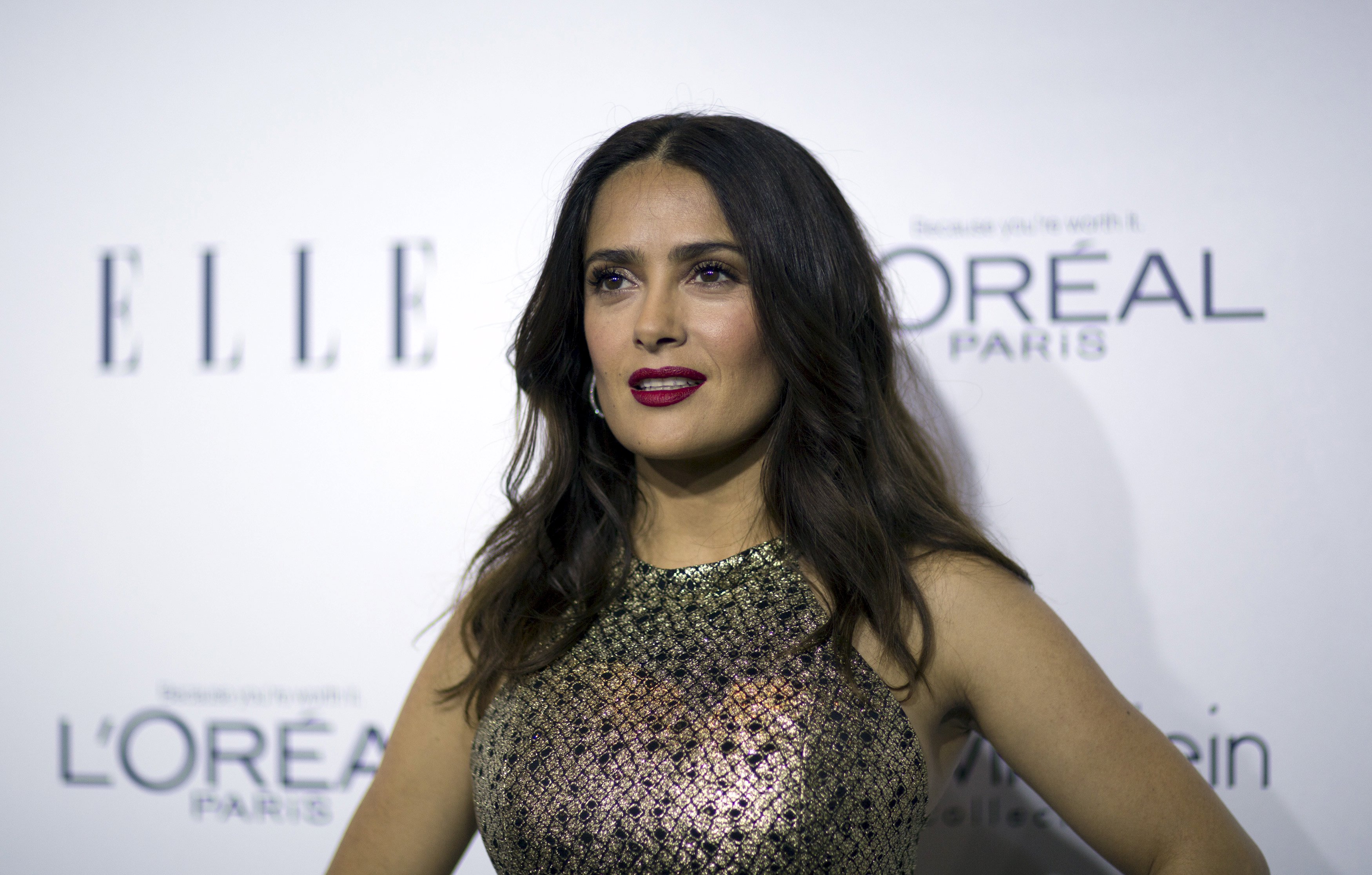 The 50-year-old actress opened up about Donald Trump during a Spanish-language interview on El Show del Mandril on Radio Centro 93.9 in Los Angeles on Friday.

The “Frida” star began her interview by arguing that if Trump won the presidential election, it would be really bad for the Hispanic community. She also revealed that Trump once courted her, despite knowing that she was in a relationship at the time.

“When I met that man, I had a boyfriend, and he tried to become his friend to get my home telephone number,” she shared of meeting the 70-year-old business man early in her career. “He got my number and he would call me to invite me out.”

“When I told him I wouldn’t go out with him even if I didn’t have a boyfriend, [which he took as disrespectful], he called -- well, he wouldn’t say he called, but someone told the National Enquirer,” Hayek continued.

“Later, he called and left me a message. ‘Can you believe this? Who would say this? I don’t want people to think this about you,’” she claimed. “He thought that I would try to go out with him so people wouldn’t think that’s why he wouldn’t go out with me.”

This isn’t the first time Hayek has talked about Trump. She previously called out the Republican nominee on Twitter after he confused 9/11 and 7-Eleven during a campaign speech in April.

And while Trump has often been criticized for racist comments, Hayek has been passionate about increasing the awareness of racism in America.

“We have a big problem,” Hayek told ET last July. “I think that this is the big elephant in the room. Because there were many years where people were saying, ‘oh, racism is over in America.’ And ‘America is very inclusive.’ And I think in the last couple of years, more and more, we’re realizing that that is a lie and that this is a very big problem that we need to deal with.”

See more in the video below.