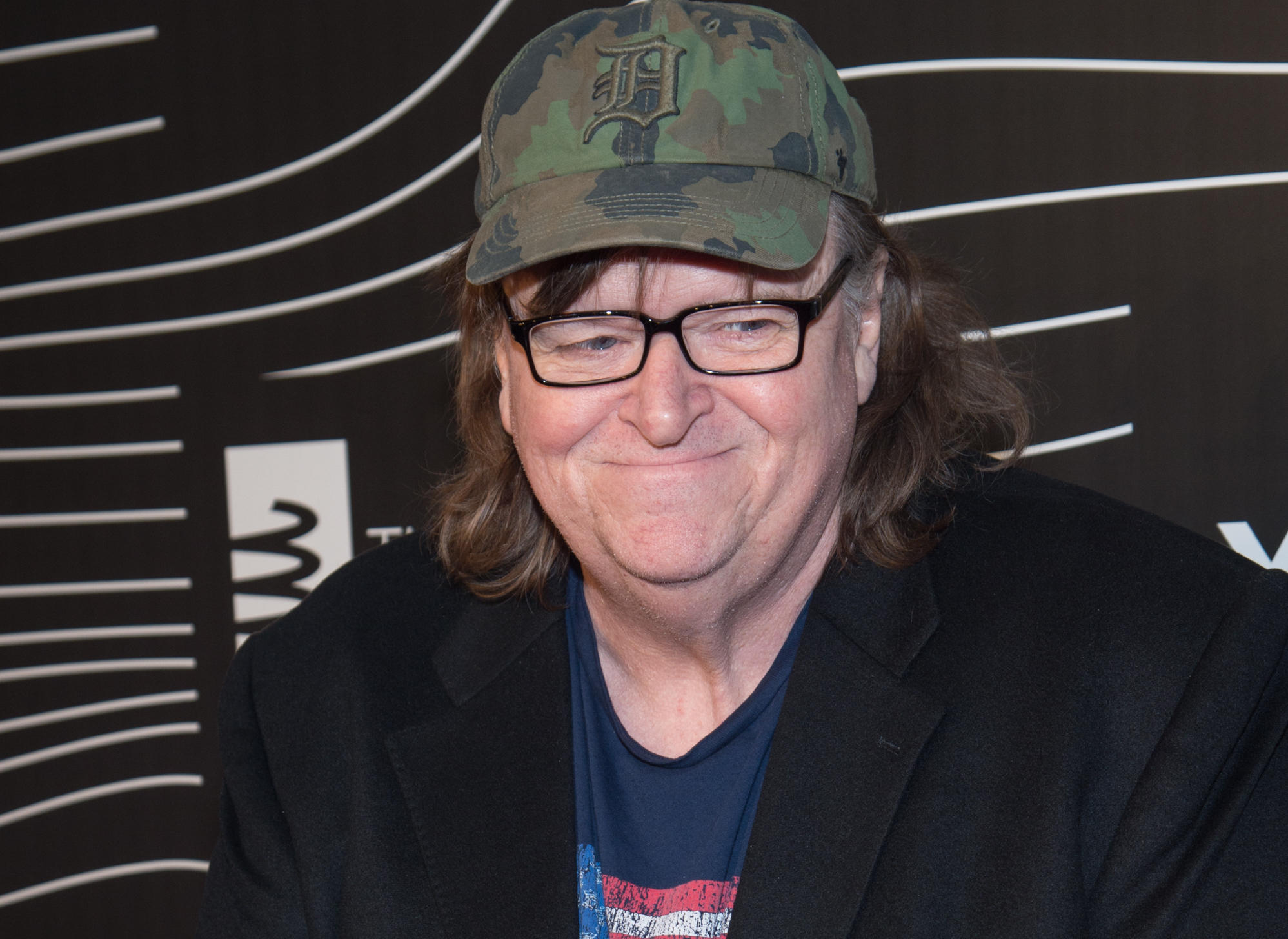 Moore debuted “Michael Moore in TrumpLand” at New York’s downtown IFC Center on Tuesday night in front of an audience of his fans.

According toThe Hollywood Reporter, the film features Moore speaking about both Republican nominee Donald Trump and Democratic candidate Hillary Clinton on stage earlier this month in Wilmington, Ohio, a hotbed of Trump support.

At the performance captured in the film, Moore “made Trump people feel more comfortable” by seating “Mexican and Mexican-looking Americans” in a walled-off area and monitoring “Muslim-looking” attendees with a drone.

The liberal documentarian urged the crowd at Tuesday’s premiere to vote for Clinton next month.

“If you support Hillary Clinton and you’ve been doing this end-zone dance and celebrating her early victory, you’ve been helping to defeat her by doing that,” he said at the screening. “What the country doesn’t need is to be told that Trump is a crazy, dangerous psychopath [and] sociopath, all of that. He has written and produced that movie, and it appears daily.”

More people will have a chance to see the 73-minute when it begins a one-week run at the IFC Center and the Laemmle Town Center 5 in Encino, California, next Wednesday. Moore says he hopes more theaters will be announced soon.

“We’re flying by the seat of our pants here,” Moore said at the premiere. “Our goal is to have as many Americans see this over the next five or ten days.”