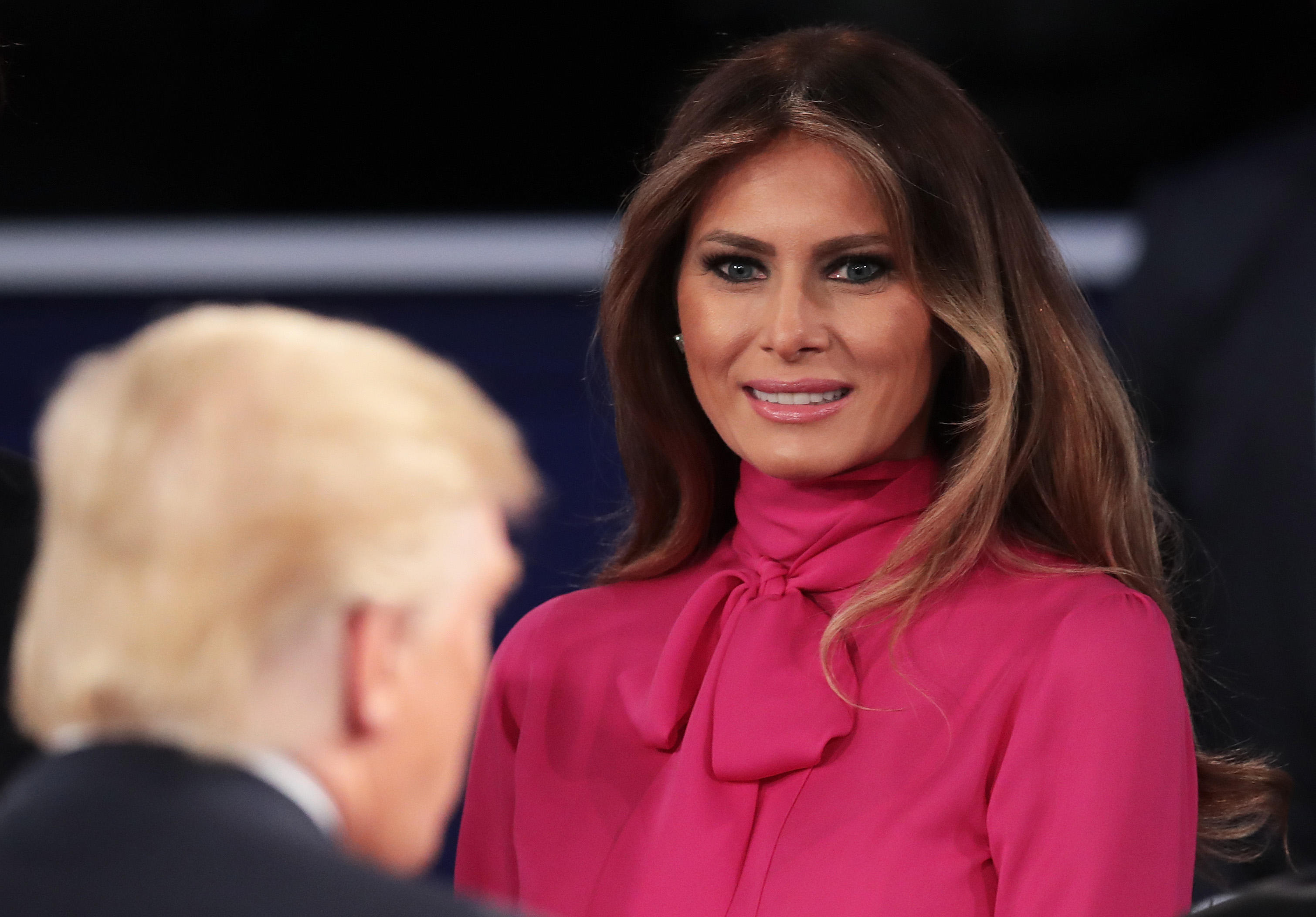 Melania Trump, wife of Republican nominee Donald Trump, said in an interview airing in full Tuesday that she and her husband are “moving on” from the 2005 tape in which he made lewd comments about his attempts to pick up women.

“Those words, they were offensive to me and they were inappropriate,” Melania Trump told Fox News’ Ainsley Earhardt. “And he apologized to me. And I expect -- I accept his apology. And we are moving on.”

Melania Trump said the Donald Trump that made the comments in the “Access Hollywood” tape are not the words of the Donald Trump she knows. In the tape, Trump said famous men “can do anything” they like to women including to “grab them by the p****.” Trump has since defended his comments as “locker room banter.”

“I -- this is not the man that I know.” she said. “This is -- we could see, as I always said, as my husband said, as well, for a successful businessman, entrepreneur, entertainer to achieving so much in his life, being in so many shows, so many tapes, it’s very hard to run for public office.”

“And he did this anyway,” Melania Trump continued. “He said, I want to help American people. I want to keep America safe. I want to bring back jobs, bring back economy, so our children, our futures will be the best way possible.”

In another interview that aired Monday night, with CNN’s Anderson Cooper, Melania Trump said her husband was “egged on” by “Access Hollywood” host Billy Bush in the 2005 tape.

“As you can see from the tape, the cameras were not on -- it was only a mic. And I wonder if they even knew that the mic was on,” she said, calling it “boy talk.” “And he was led on -- like, egged on -- from the host to say dirty and bad stuff.”

She also told Fox News that it’s fair game for her husband’s campaign to highlight the women who have accused former President Bill Clinton of sexual misconduct.

The Clintons are “asking for it,” Melania Trump said, adding that they have made an issue of her career as a model.

“They started from the -- from the beginning of the campaign putting my -- my picture from modeling days,” Melania Trump said. “That was my modeling days and I’m proud what I did. I worked very hard.”