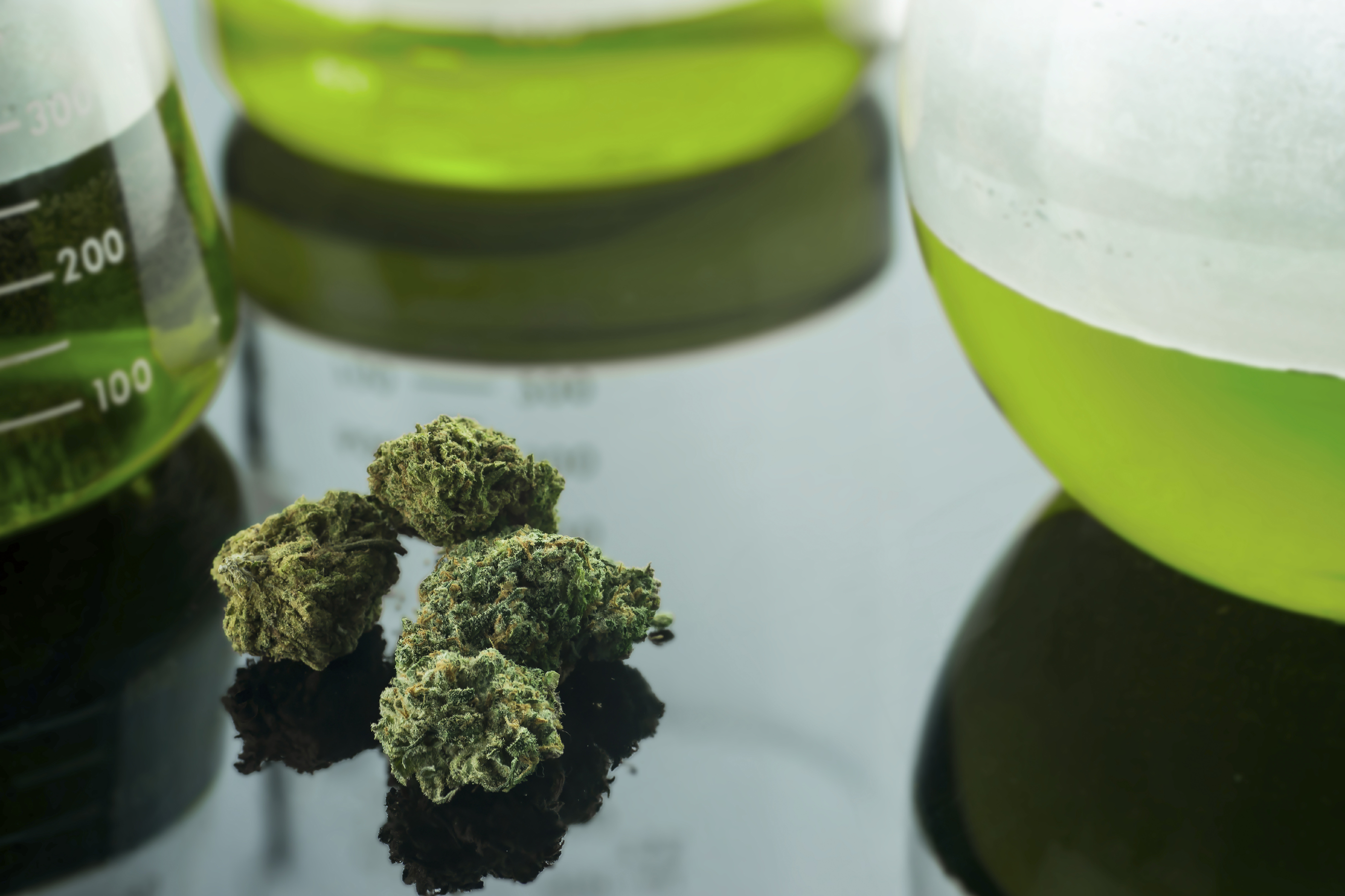 This is not your parents' pot.

Today's marijuana is more potent by far than the weed sold a generation ago, according to new data being presented Monday at the national meeting of the American Chemical Society (ACS).

The research comes from Charas Scientific, one of a handful of labs certified to test the potency of marijuana in Colorado, where recreational use of the drug became legal last year.

"We've seen a big increase in marijuana potency compared to where it was 20 or 30 years ago," lab founder and director of research Andy LaFrate, Ph.D., said in a video released by ACS. Based on testing in laboratory equipment, "I would say the average potency of marijuana has probably increased by a factor of at least three. We're looking at average potencies right now of around 20 percent THC."

THC, or tetrahydrocannabinol, is the psychoactive compound in marijuana that acts on the brain to produce the feeling of being high.

"As far as potency goes, it's been surprising how strong a lot of the marijuana is," LaFrate said of the samples his lab has tested in recent months. "We've seen potency values close to 30 percent THC, which is huge."

Compared to the 1980s, when federal officials say the level was about 4 percent, "that's a dramatic increase in the part that gets you high," CBS News medical contributor Dr. David Agus said on "CBS This Morning."

The National Institute on Drug Abuse says the potency of marijuana has been steadily increasing over the past few decades, but a level of 20 or 30 percent THC is even greater than the institute has reported in the past. As of 2012, it said marijuana confiscated by police agencies nationwide had an average THC concentration of about 15 percent.

According to the institute, higher concentrations of THC in marijuana could mean "a greater chance of an adverse or unpredictable reaction," especially in new users. And "for frequent users, it may mean a greater risk of addiction." Officials say more potent pot could also be one of the reasons behind a rise in emergency room visits involving marijuana use.

THC concentrations can be manipulated by marijuana growers who cross-breed strains for increased potency.

The process of cross-breeding may also be responsible for another change in the makeup of much of the marijuana tested by Charas Scientific. Many samples turned out to contain little or no cannabidiol, or CBD, a compound in pot believed to have a number of potential medicinal uses. Scientists are researching its possible role in treating neurodegenerative disorders such as Alzheimer's and Huntington's disease, as well as conditions like seizure disorders, anxiety and schizophrenia.

"That was somewhat of a surprise. Much more potent strain and less of the medicinal part," Agus said. In light of the potential medical uses of CBD, "I hope more studies are done, but certainly we have to standardize and put CDB in there to make sure the studies have the benefit," he said.

One other finding LaFrate reports from his lab is the presence of contaminants in many marijuana samples.

Testing for contamination is required in Washington state, which also has legalized marijuana, but not currently in Colorado, where regulators are still working on establishing standards. Charas Scientific says some Colorado producers submitted samples for voluntary testing -- and they may not like the results.

"It's pretty startling just how dirty a lot of this stuff is," LaFrate said. Some plants turned out to be harboring fungus, bacteria or traces of heavy metals

"It's a natural product," he said. "There's going to be microbial growth on it no matter what you do. So the questions become: What's a safe threshold? And which contaminants do we need to be concerned about?"

Agus agreed, "The problem is how much is too much? When you smoke marijuana, it goes right into the bloodstream. What we worry about is some of these contaminants probably shouldn't be in the bloodstream."

The head of the state's Marijuana Enforcement Division has said rules governing testing for contamination were being written, but the agency has not said when they will be announced.