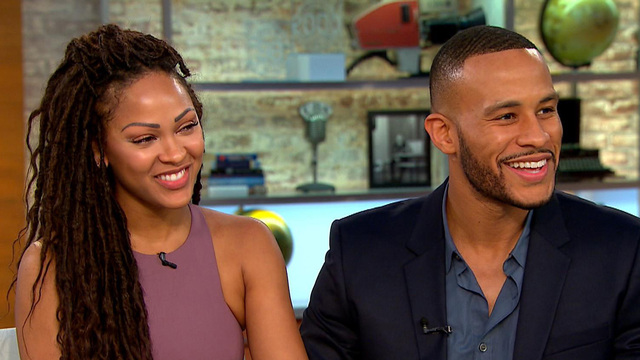 The couple is out with a new book called, "The Wait: A Powerful Practice for Finding Love of Your Life and the Life You Love," which explains why saving sex for marriage is the key to success. The couple committed to celibacy until they tied the knot in 2012.

Franklin, who is also a preacher, said his decision to remain celibate starting ten years before marriage was inspired by his spiritual practice.

"I didn't want to live two lives. At the time I wasn't practicing celibacy, but I was still talking about it, and I said, 'You know, I have to be the man that God called me to be,' and part of that was taking this vow and waiting until marriage and when I stared doing that it gave me discipline that helped me in every other area of my life," Franklin told "CBS This Morning" Monday.

The couple said "the wait" was important because sex can cloud people's judgment when dating.

"When you take that out of the equation, you actually get to know the person across the board in every other way except the physical which, which comes later," Good said.

Good said she decided to take the vow of celibacy after filming "Jumping the Broom" because she felt that she had hit "rock bottom" emotionally and spiritually.

"It was in that prayer time that I came to the conclusion that I needed to be celibate, I needed to do something different than what I had been doing all the years before," Good said. "I decided this is what I need to do for me, because I need to heal and I need to focus on myself and I need to advance myself in every area of my life without the distraction of feeling... that I need this man."

The couple also drew a distinction between "abstinence," and "celibacy."

"Abstinence is just, 'Hey I'm not doing it.' And we say, well, sometimes you can be abstinent because you don't have options," Good said. "But we define celibacy as abstaining from sex because there's a higher purpose and a higher calling and we believe that it is specifically related to marriage."