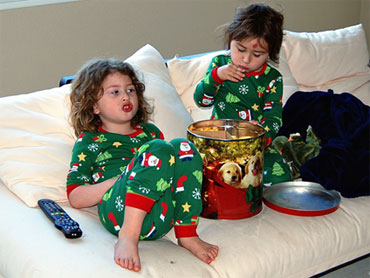 SAN DIEGO (CBS/AP) Joseph and Summer McStay, missing since Feb. 4 along with their two children, may have planned to travel to Mexico according to the San Diego Sheriff's Department.

Homicide Lt. Dennis Brugos says investigators found e-mails indicating Joseph and Summer McStay were asking about entry into Mexico, and about passport information for young children shortly before they disappeared.

Joseph and Summer McStay, along with their two boys - four-year-old Gianni and three-year-old Joey - were last seen February 4. Four days later their car was found abandoned in San Ysidro. Family members have said it was completely out of character for the family to disappear without telling anyone where they were going.

Relatives also said it was out of character for the family to leave their house the way it was found by Joseph McStay's brother, with the dogs left outside without food or water and rotting food in the kitchen.

San Diego County sheriff's investigators announced March 5 that they found surveillance video that may have captured images of the McStay family crossing the U.S.-Mexico border into Tijuana on foot Feb. 8.

Authorities say they are stumped by the disappearance of a family that had no apparent financial or marital problems and no known enemies or connections to drugs or crime.