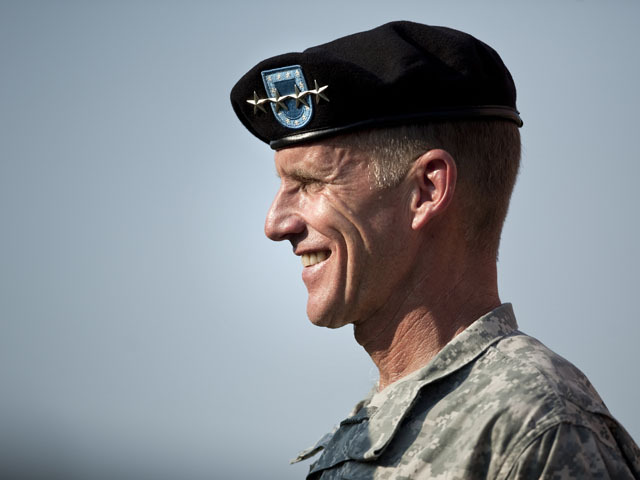 WASHINGTON - The U.S. began the war in Afghanistan with a "frighteningly simplistic" view of the country and even 10 years later lacks knowledge that could help bring the conflict to a successful end, a former top commander said Thursday.

Retired Army Gen. Stanley McChrystal said in remarks at the Council on Foreign Relations that the U.S. and its NATO allies are only "a little better than" 50 percent of the way to reaching their war goals.

Of the remaining tasks to be accomplished, he said the most difficult may be to create a legitimate government that ordinary Afghans can believe in and that can serve as a counterweight to the Taliban.

McChrystal, who commanded coalition forces in 2009-10 and was forced to resign in a flap over a magazine article, said the U.S. entered Afghanistan in October 2001 with too little knowledge of Afghan culture.

"We didn't know enough and we still don't know enough," he said. "Most of us — me included — had a very superficial understanding of the situation and history, and we had a frighteningly simplistic view of recent history, the last 50 years."

U.S. forces did not know the country's languages and did not make "an effective effort" to learn them, he said.

"I think they were made more difficult, clearly," he said because the Iraq invasion "changed the Muslim world's view of America's effort. When we went after the Taliban in Afghanistan in 2001, there was a certain understanding that we had the ability and the right to defend ourselves and the fact that al Qaeda had been harbored by the Taliban was legitimate. I think when we made the decision to go into Iraq that was less legitimate" in the eyes of much of the Muslim world.

Iraq also diverted some military resources that could have been put to good use in Afghanistan, he said.