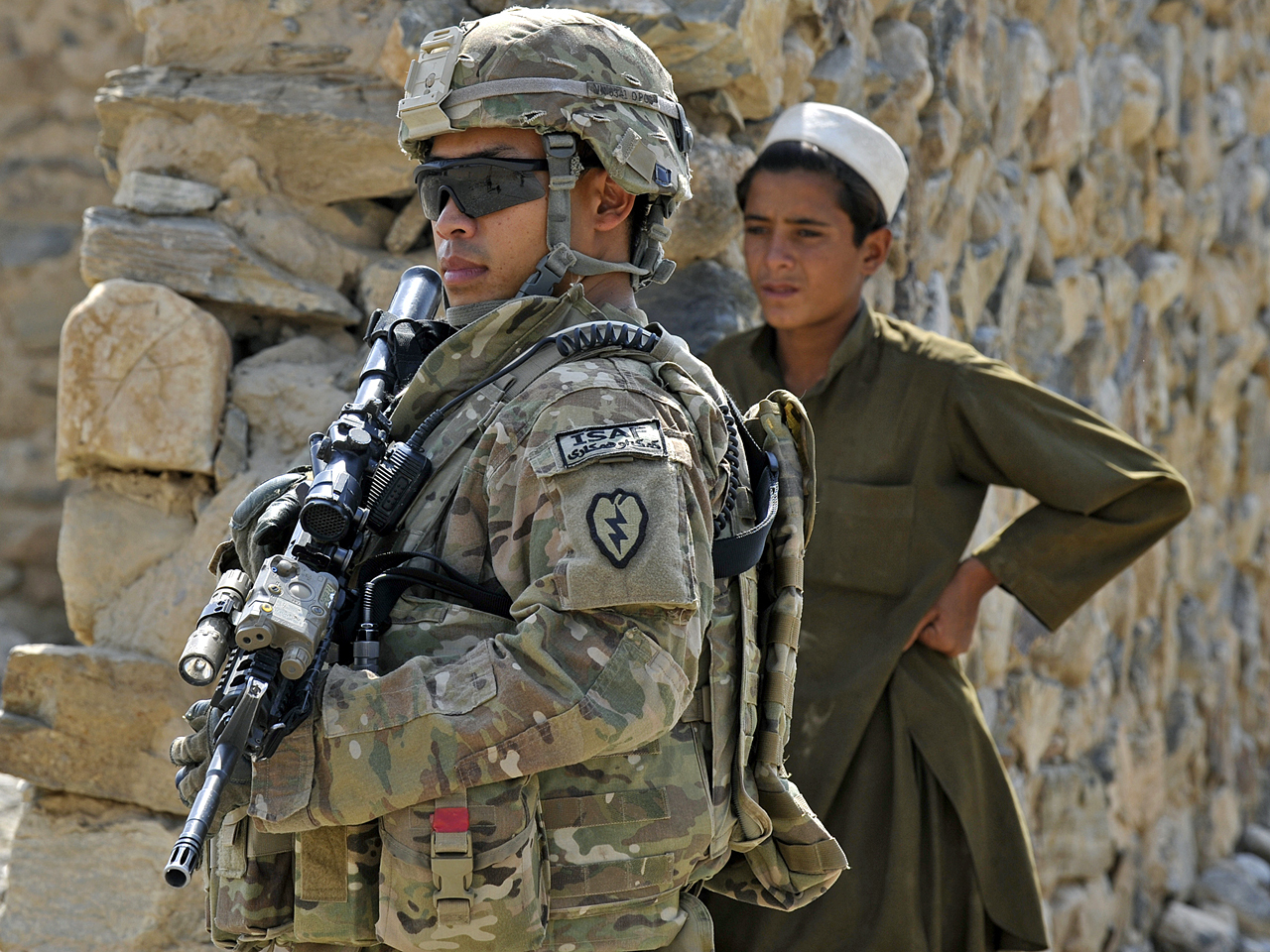 After 10 years of war in Afghanistan, nearly two-thirds of Americans want troop levels in the country to be reduced, a new CBS News poll shows.

Sixty-two percent said troop levels should be decreased immediately, according to the poll, conducted Sept. 28 - Oct. 2. Twenty-four percent want troop levels kept the same for now, while 7 percent want them increased. In 2009, as discussions to deploy additional troops to Afghanistan were underway, about a third supported increasing the number of U.S. troops there.

President Obama deployed a 30,000-troop "surge" in Afghanistan in 2009. This past summer, he committed to pulling out 10,000 troops by the end of this year and another 23,000 by September 2012. That would leave roughly 68,000 American troops in Afghanistan to continue the decade-long war.

To mark the 10th anniversary of the war's beginning this week, "CBS Evening News" anchor and managing editor Scott Pelley is broadcasting reports on the war from Kandahar, Afghanistan, on Monday and Tuesday nights.

Just one in three Americans believe fighting there is the right thing for the U.S. to do, the poll shows, while 57 percent think the U.S. should not be involved in Afghanistan - similar to views last June. While Democrats and independents largely say the U.S. should not be involved there, a slim majority of Republicans, 51 percent, say it's the right thing to do.

Mr. Obama receives better marks for his handling of the war in Afghanistan than he does for his handling of domestic issues such as the economy. But even on that issue, fewer than half approve of his performance. In May, his approval rating on the issue rose to 61 percent after the killing of Osama bin Laden; it now stands at 47 percent, while 36 percent disapprove.

Military action against Afghanistan was begun in the immediate aftermath of the 9/11 terrorist attacks. Ten years later, Americans are mixed when it comes to the war's impact on terrorism directed at the United States. As many as 47 percent think it has made the U.S. safer from terrorism. However, 40 percent think it has had no impact, and 10 percent say it has made the U.S. less safe.

The public's views on the war's success are mixed. Fifty percent of Americans think the war in Afghanistan has not been a success for the U.S., while just 39 percent think it has been.

A majority of Americans, 53 percent, thinks the war in Afghanistan is going badly for the U.S. - but that's been the case for years now.

Once U.S. troops leave, 28 percent of Americans expect there to be more violence in Afghanistan, but 52 percent think the level of violence will not change.

Poll: Most want taxes on millionaires increasedPoll: Views of Congress (again) hit new lowPoll: 7 in 10 say Obama has not helped economyPoll: Just 1 in 5 Americans happy with direction of countryPoll: Half of U.S. says Afghan war not a successRead the complete poll (PDF)

This poll was conducted by telephone from September 28-October 2, 2011 among 1,012 adults nationwide. Phone numbers were dialed from samples of both standard land-line and cell phones. The error due to sampling for results based on the entire sample could be plus or minus three percentage points. The error for subgroups is higher. This poll release conforms to the Standards of Disclosure of the National Council on Public Polls.
View CBS News In