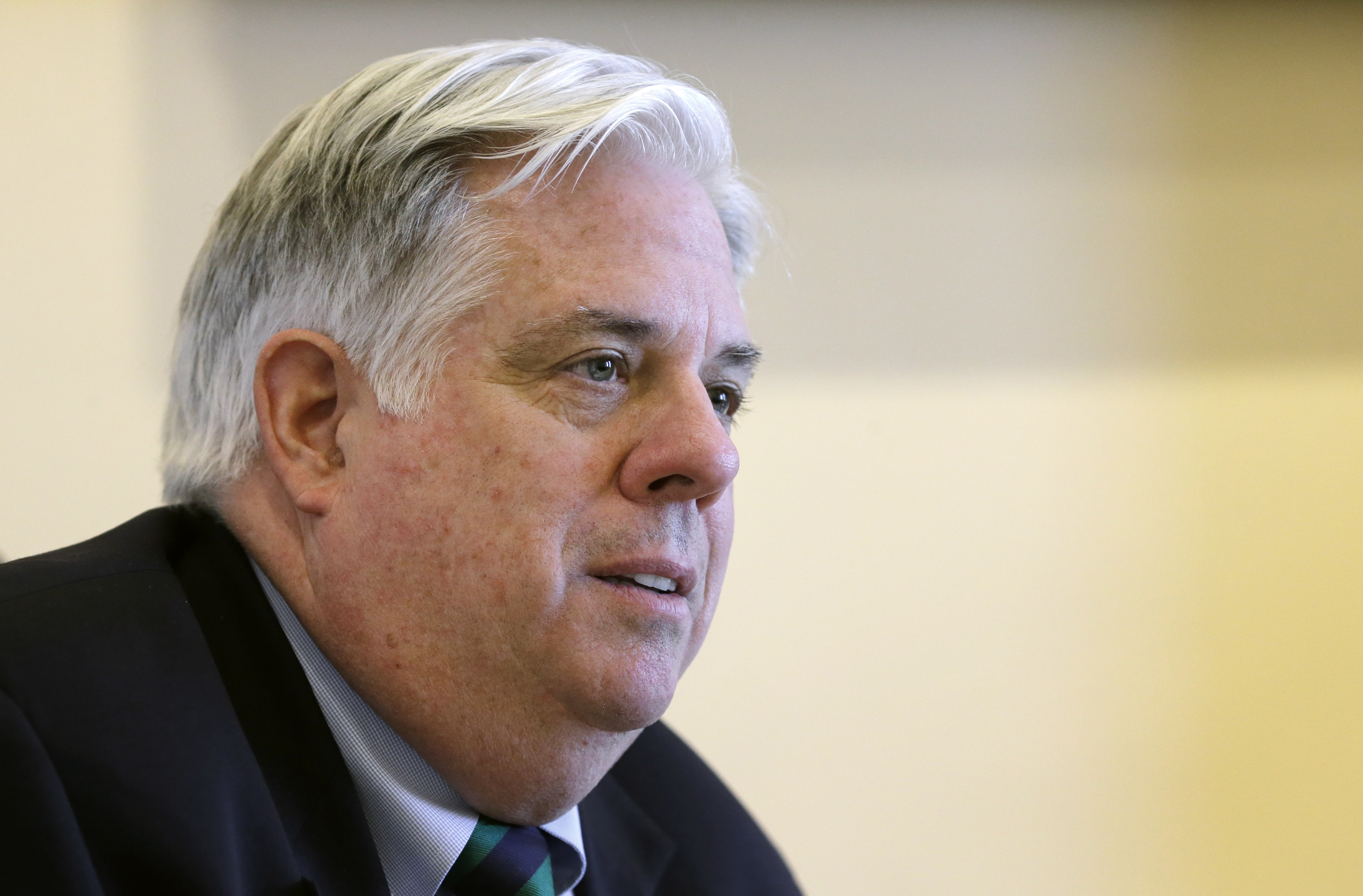 "No, I don't plan to," Hogan said when asked by a reporter. "I guess when I get behind the curtain I'll have to figure it out. Maybe write someone in. I'm not sure."

One of Trump's strongest supporters, New Jersey Gov. Chris Christie, has a well-known political and social relationship with Hogan. Hogan campaigned in New Hampshire for Christie during his presidential run, but he stopped short of tag-teaming Christie's endorsement of Trump in February.

Hogan isn't the first Republican governor to withhold an endorsement for a possible Trump presidency.

Michigan Gov. Rick Snyder, who has faced political backlash in the wake of the Flint water crisis, told reporters in early June that "I've stayed out of the whole thing, and I'm going to continue to."

Snyder's press spokesman added, "The simple truth is he is not getting involved one way or another and his personal vote is a private matter."

Additionally, Massachusetts Gov. Charlie Baker called out Trump at a press conference on Monday for his comments in the aftermath of the terror attack in Orlando, Florida, where 49 people died.

Baker said anyone using the tragedy as a tool for a political fight isn't "thinking straight."

"I've said before that I don't think Donald Trump has the temperament to be president," Baker said.