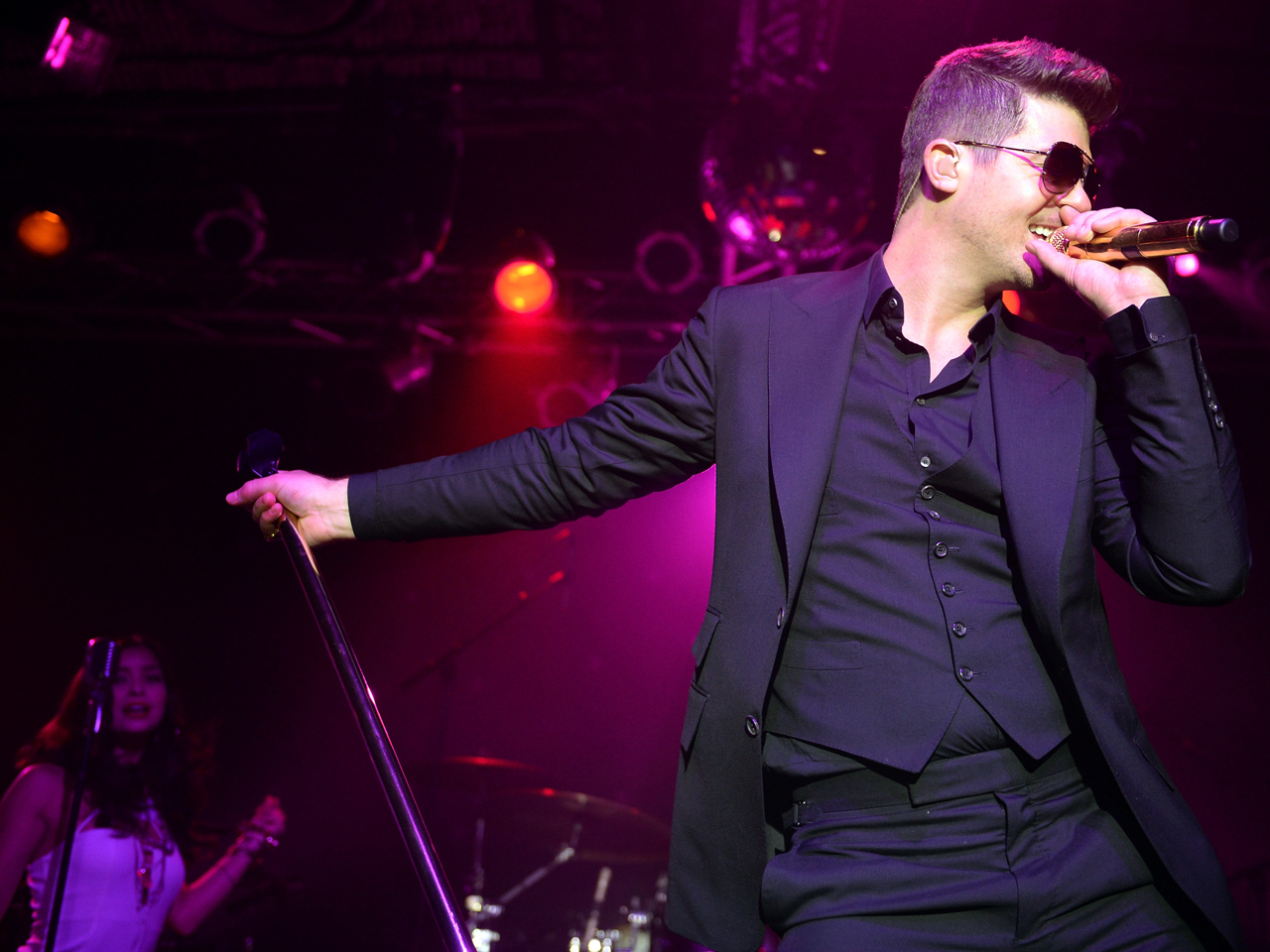 Two of Marvin Gaye's children have sued Robin Thicke and his collaborators on the hit song "Blurred Lines," accusing them of copyright infringement and alleging music company EMI failed to protect their father's legacy.

Nona Marvisa Gaye and Frankie Christian Gaye's suit is the latest action in a dispute over Thicke's hit and whether it copies elements of Gaye's song "Got to Give It Up."

Their lawsuit, filed Wednesday, seeks to block Thicke and collaborators Pharrell and T.I. from using elements of their father's music in "Blurred Lines" or other songs.

Thicke has denied copying Gaye's song for "Blurred Lines," which has the longest streak this year atop the Billboard Hot 100 chart and has sold more than 6 million tracks so far. The suit also accused Thicke of improperly using Gaye's song "After the Dance" in his song "Love After War."

Pharrell has also maintained that the songs are not similar at all.

"If you read music, all you have to do is read the sheet music. It's completely different," he said last month.

Much of the lawsuit focuses on claims that EMI should have pursued a copyright infringement claim. It also alleges the company's executives used intimidation to try to stop the Gaye family from pursuing a lawsuit.

The suit claims EMI, which is owned by Sony/ATV Music Publishing, has allowed a conflict of interest between the family's rights and the profits it is earning from "Blurred Lines" sales.

"This conflict has resulted in EMI's intentional decision to align themselves with the ('Blurred Lines') writers, without regard to the harm inflicted upon the rights and interests of the Gaye Family, and the legacy of Marvin Gaye," the lawsuit states.

Sony-ATV said it takes "very seriously" its role of protecting its songwriters' works from infringement.

"While we have not yet seen the claims by the Gaye family against EMI, we have repeatedly advised the Gaye family's attorney that the two songs in question have been evaluated by a leading musicologist who concluded that 'Blurred Lines' does not infringe 'Got To Give It Up,'" the company said in a statement.

Sony-ATV also said that while it treasures Marvin Gaye's works and the company's relationship with his family, "we regret that they have been ill-advised in this matter."

Thicke and his collaborators filed a case in August asking a federal judge to rule that the singers did not copy "Got to Give It Up" for their hit.

Howard King, who represents the singers, said the Gayes' countersuit was not unexpected.

He rejected the notion that EMI ignored improper copying of Gaye's music. "EMI is in the business of collecting money for infringements," King said.