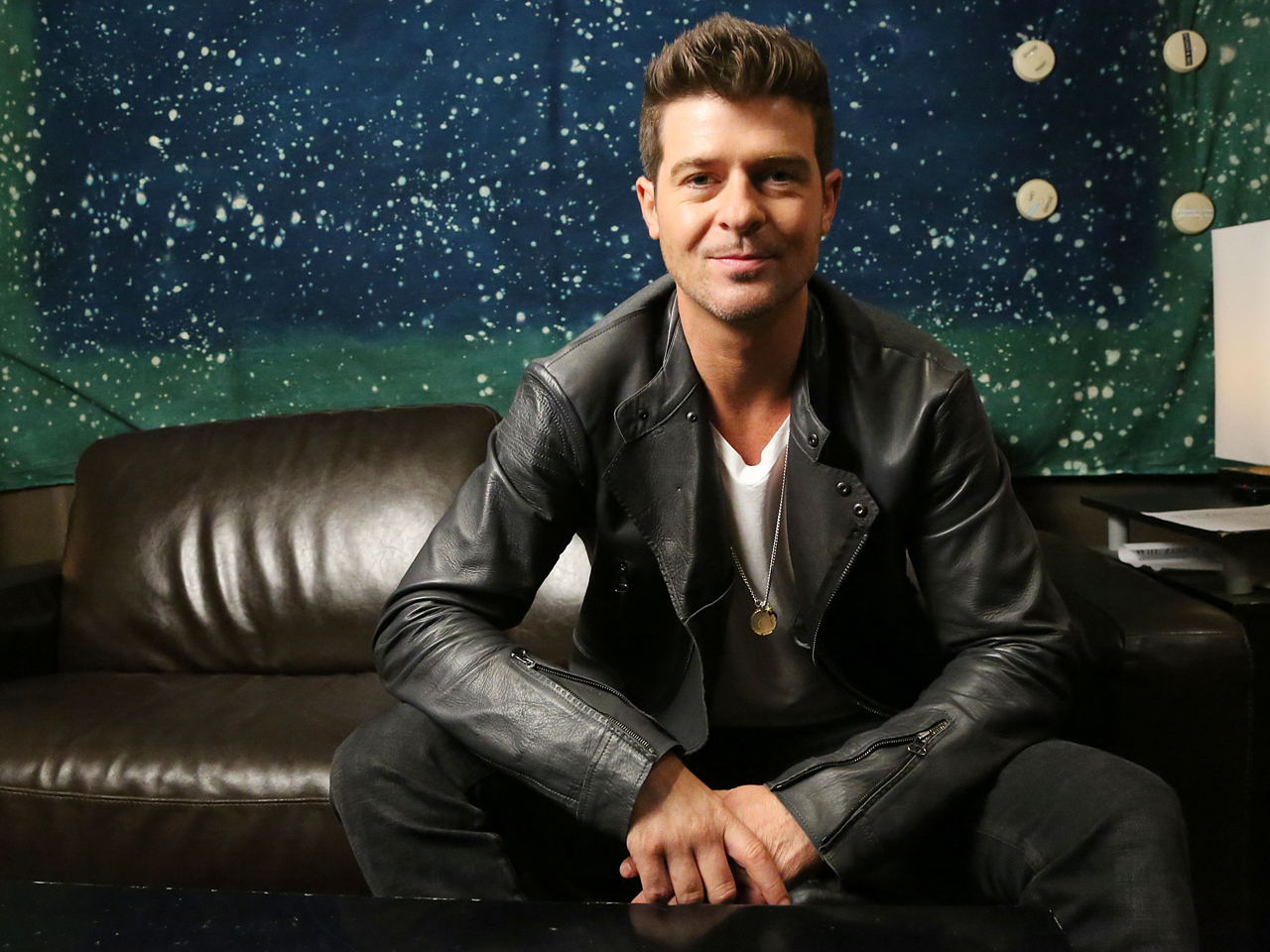 Robin Thicke is going on the offensive to protect his hit "Blurred Lines."

The singer is asking a federal judge to determine the track doesn't copy from elements of two other songs.

Attorneys for Thicke and the song's collaborators, Pharrell Williams and T.I., filed a lawsuit in Los Angeles on Thursday against Marvin Gaye's family and Bridgeport Music, which owns some Funkadelic compositions, asking a judge to determine their song does not copy songs composed by Gaye and George Clinton.

"Plaintiffs created a hit and did it without copying anyone else's composition," the lawsuit reads.

The suit states representatives of the owners of copyrights to Gaye's song "Got to Give It Up" and Clinton's song "Sexy Ways" have warned Thicke that he and his collaborators have used elements of the songs in "Blurred Lines."

"The basis of the Gaye defendants' claims is that 'Blurred Lines' and 'Got to Give It Up' 'feel' or 'sound' the same," the lawsuit states. "Being reminiscent of a 'sound' is not copyright infringement. The intent in producing 'Blurred Lines' was to evoke an era."

Representatives for Thicke and one of the defendants, Gaye's son Marvin Gaye III, didn't immediately reply to emails seeking comment.

"Blurred Lines" is spending its 10th week at No. 1 on Billboard's Hot 100 chart. It has sold 4.6 million tracks. The song's music video features nude models prowling around Thicke, Williams and T.I. It has more than 137 million views and helped propel the song to the top of the charts.

Thicke is set to perform at the MTV Video Music Awards later this month, where "Blurred Lines" is up for awards including video of the year and the newly-introduced best song of summer award.