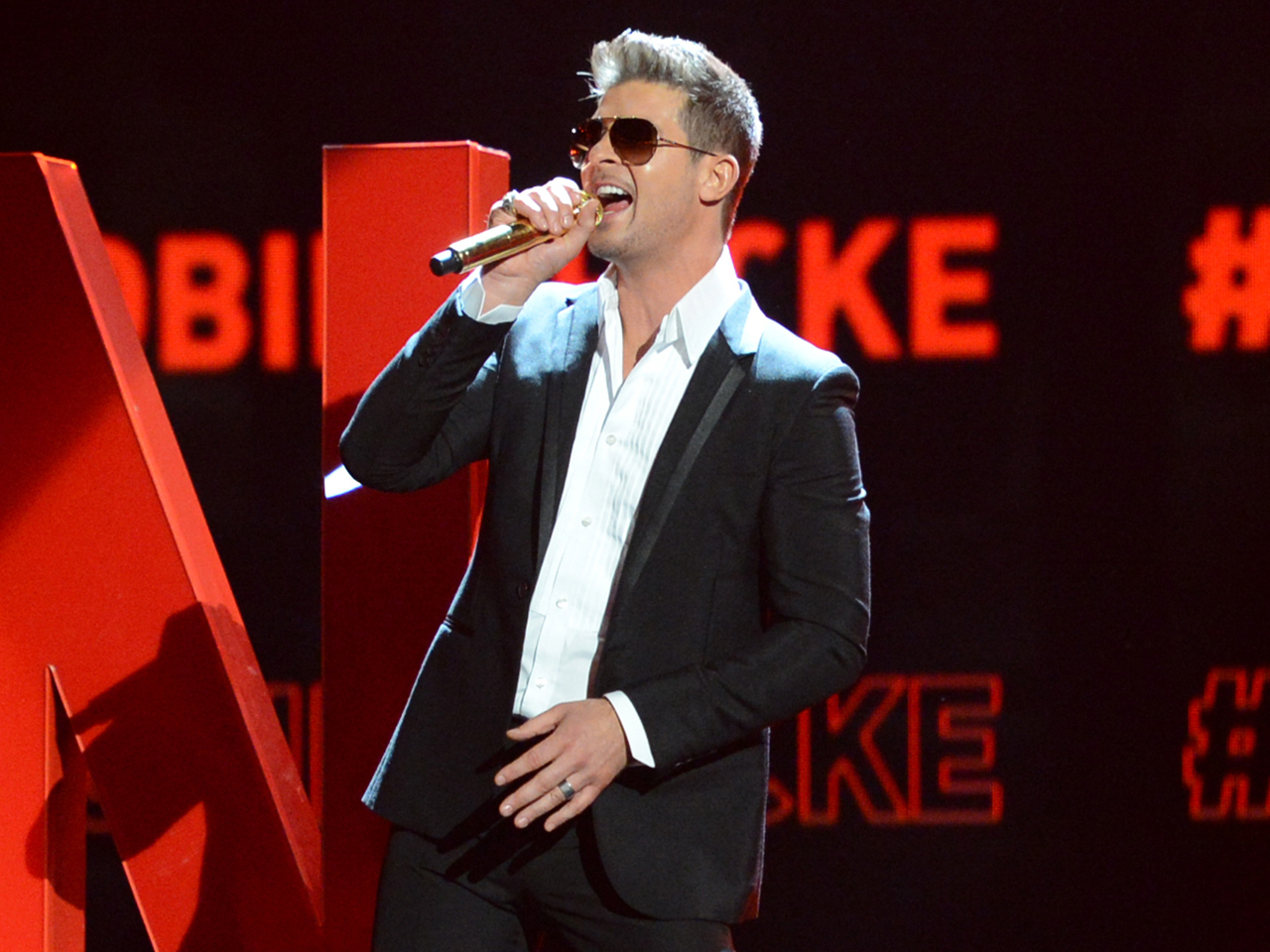 New revelations have emerged in the legal battle between Robin Thicke and Marvin Gaye's estate.

Gaye's family reportedly rejected a six-figure settlement offer from Thicke's camp over their ongoing copyright dispute, according to Billboard.

Thicke's settlement offer came after Frankie Christian Gaye, Marvin Gaye III and Nona Marvisa Gaye accused him of plagiarizing the late Motown singer's "Got To Give It Up" from 1977 on the recent hit "Blurred Lines." Representatives for Brigeport Music have also alleged that the chart-topping single featuring T.I. and Pharrell plagiarizes "Sexy Ways," from the 1974 Funkadelic album, "Standing On The Verge Of Getting It On."

Funkadelic lead singer and "Sexy Ways" co-writer George Clinton has since spoken out on Twitter in support of Thicke.

After the settlement offer was turned down by the Gaye family, attorneys for Thicke and his collaborators then filed a lawsuitin Los Angeles on Aug. 15, requesting a federal judge to determine that "Blurred Lines" was not a copy of "Sexy Ways" and "Got To Give It Up."

In the lawsuit, Thicke's attorneys state that one of the intents of "Blurred Lines" was to "evoke an era" and that "being reminiscent of a 'sound' is not copyright infringement."

"Blurred Lines" has become the biggest hit so far of Thicke's career, landing at No. 1 on this week's Billboard Hot 100 for the 11th straight week.

Tell us: Do you think "Blurred Lines" is a copy of "Sexy Ways" and "Got To Give It Up"?