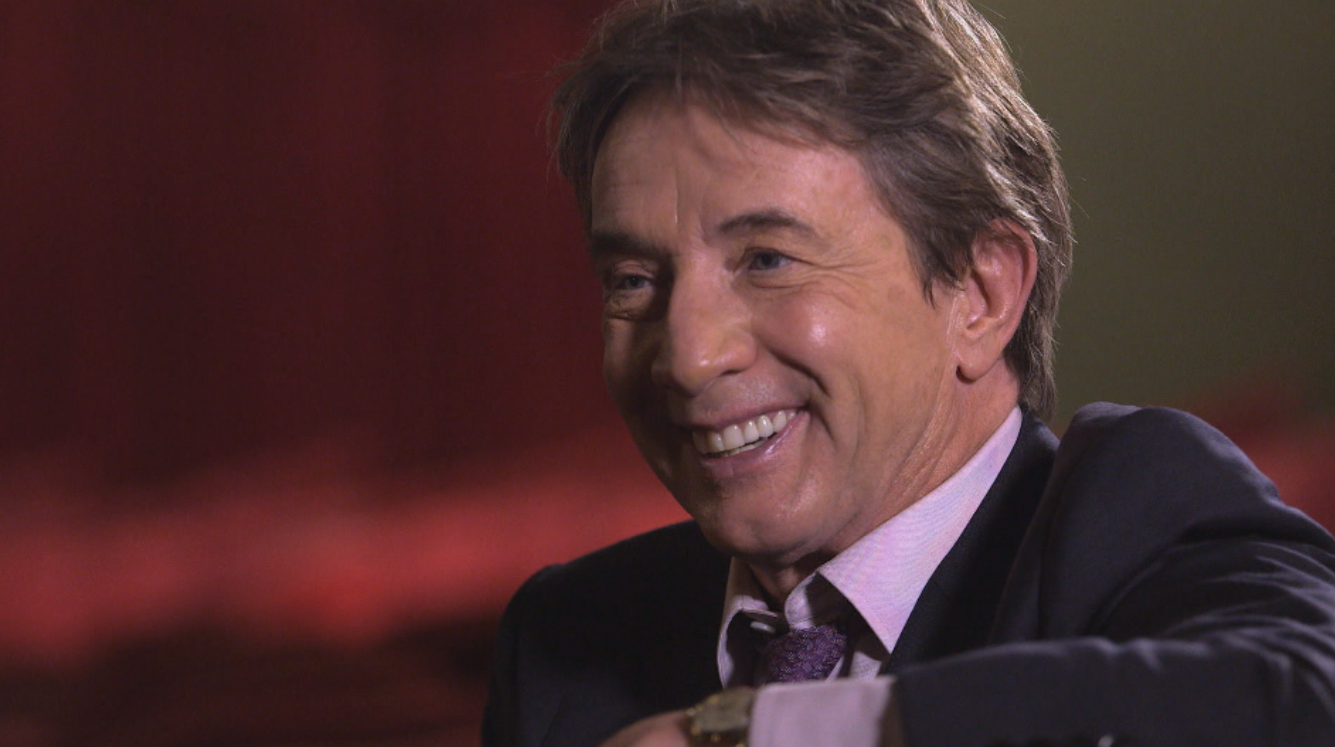 Actor Martin Short calls himself a "humble comedy legend." It has been a busy few months for the versatile funnyman -- he's released a new book and has returned to the Broadway stage for his fourth show "It's Only a Play," reports CBS News correspondent Jamie Wax.

It's obvious the Tony winner is right at home on stage.

"I think what's fascinating about theater is you try to achieve something that no one can ever achieve, which is perfection," Short said.

The current production in which he stars tells the story of the opening night of a Broadway show, as cast members, the director and writer nervously await reviews.

He replaced Nathan Lane in January and has slipped seamlessly into the cast, said co-star and old pal Matthew Broderick.

"He's so great. And you know, if you're going lose Nathan Lane, it's very nice to have Martin Short come in," Broderick said.

Short is back on stage eight times a week in front of a live audience.

"There's no greater excitement for an actor than to be in New York City doing a play. It's the thing you fantasize when you're a little kid," he said.

Short is best known for his characters, many of which he developed on the stage of Improv group Second City and later on the "Second City Television" show and "Saturday Night Live."

"I did this film, 'Clifford,' this unusual 10-year-old boy. It's amazing how many people will talk about that unusual ten-year-old boy," he said.

He also mentioned Ned Nederlander, his character from "¡Three Amigos!"

"If you're 42 and you're a male, often that's the guy they'll pick. So I'm more interested in what people might say to me," Short said.

His book "I Must Say: My Life As a Humble Comedy Legend" was originally supposed to be subtitled, "Stroke Me, Lady Fame," but Short though that would offend some readers.

As the title suggests, the book tells of more than just Short's comedy successes. One section discusses the loss of his wife, Nancy, to ovarian cancer in 2012.

"It becomes horrible for a while and then you accept the loss. I mean, I have three children. And you have to figure it out," he said. "My analogy in the book I say is, it's like, you know, you're halfway over the ocean and one of the engines of the jet goes up but you still have 365 passengers. You've got to -- it's a little tougher to keep equilibrium going, but you have to land that plain safely."

To watch Short teach Jamie Wax his comedic genius, watch the video in the player above.