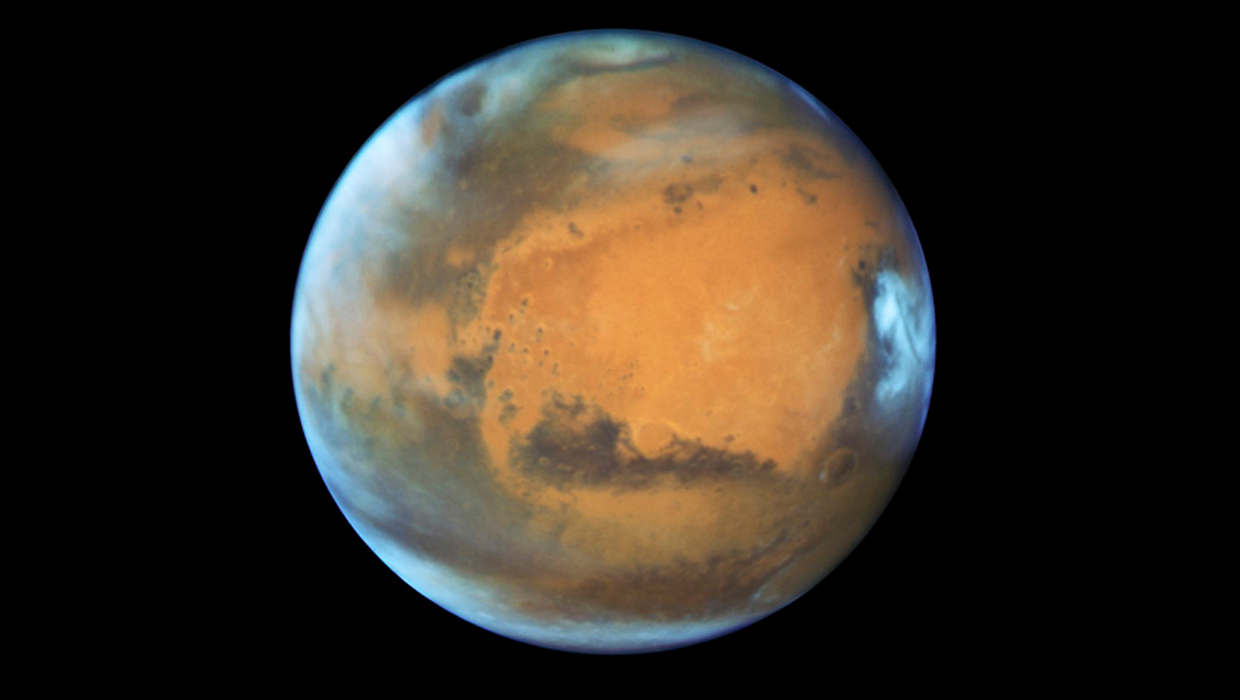 On Sunday morning, Mars, Earth and the sun will line up perfectly in the sky. This once-every-two-years event is called Mars opposition. That's because Mars and the sun will be on opposite sides of Earth.

Right now, Mars is about 48 million miles from us, coming ever closer until May 30, when the red planet passes within 46.8 million miles. That will be Mars' closest approach in 10 1/2 years. In 2018, Mars will get a lot chummier, passing within a mere 36 million miles.

The modern-day record of 34.6 million miles between Earth and Mars was set in 2003. That won't be surpassed until the year 2287, according to NASA.

At the other end of the scale, Earth and Mars can be as much as 249 million miles apart when they wind up on opposite sides of the sun every couple years.

May is proving a busy month for stargazers.

On May 9, Mercury passed directly between Earth and the sun, resembling a black dot against our vast, bright star.

Telescopes or high-powered binoculars were needed to see that Mercury transit, which occurs just 13 times or so a century. Nothing fancy is needed to gaze upon Mars - just your eyes.

Sky-watchers, gazing to the southeast at nightfall, can enjoy a brighter, seemingly bigger Mars well into June. A full moon, on May 21, will add to the viewing pleasure.

The Hubble Space Telescope already is zooming in for pictures. On Thursday, the Space Telescope Science Institute in Baltimore released a snapshot of Mars taken May 12 from 50 million miles out. The stunning image shows details as small as 20 to 30 miles across.