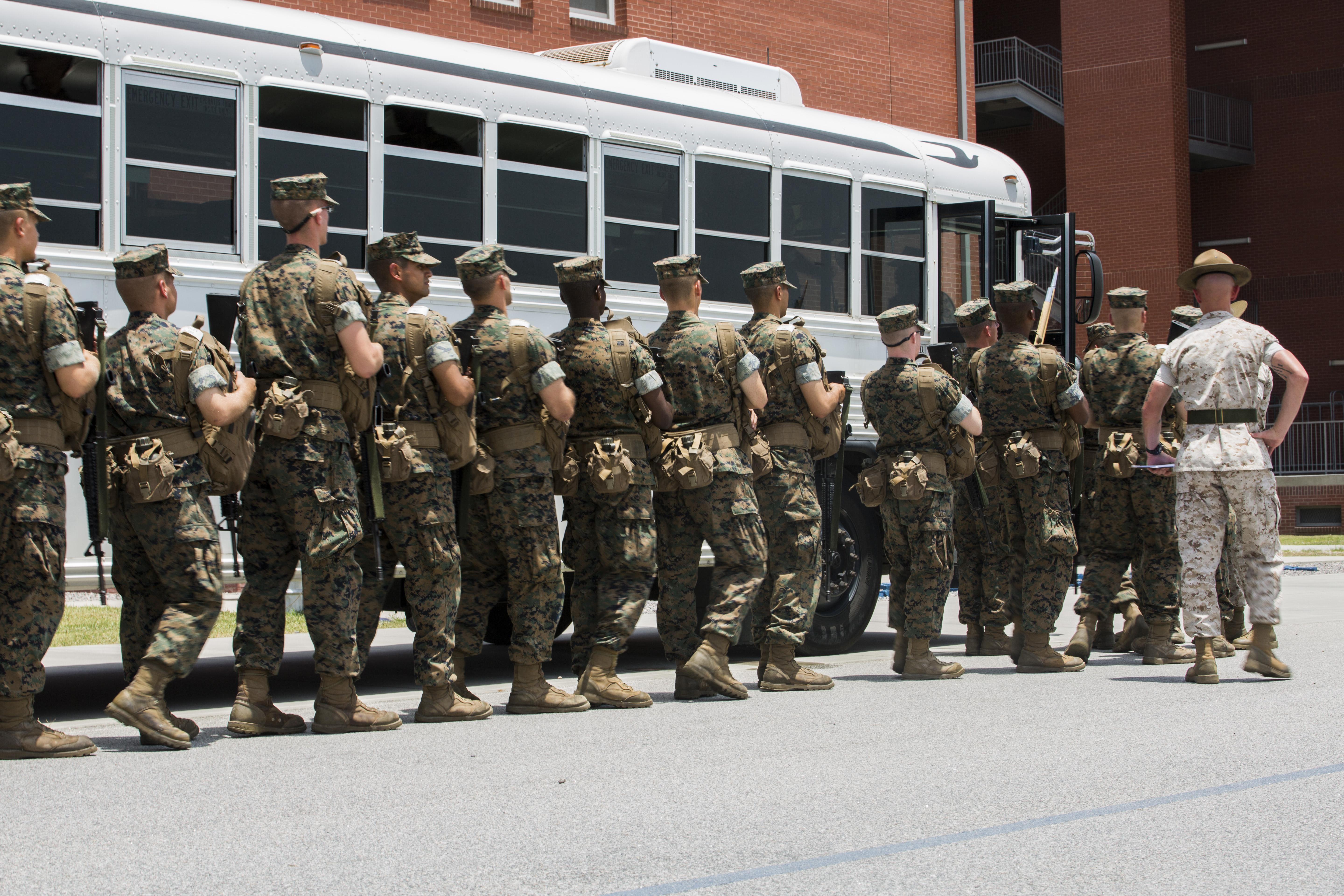 COLUMBIA, S.C. -- A Marine recruit committed suicide in March amid a widespread culture of hazing and abuse in his battalion at Parris Island that could lead to punishments for as many as 20 officers and enlisted leaders, the Marine Corps said Thursday.

Some of those 20 commanders and senior enlisted leaders have already been fired, including the three most senior Marines in charge of the recruit’s unit. The Marines also ordered that the rest be temporarily relieved, according to a statement sent to The Associated Press. Their punishments could range from administrative punishments, such as counseling, to the most severe action of military charges and a court-martial.

However, that process could take months, and the leaders would not be identified unless they are formally charged.

The findings are the result of three investigations conducted over the past six months by Maj. Gen. James Lukeman from the service’s training and education command. They were undertaken after Raheel Siddiqui, 20, of Taylor, Michigan, died after falling nearly 40 feet in a stairwell.

The Marine Corps investigated 377 alleged hazing incidents between January 2012 and June 2015, substantiating about a third of the cases. The data was obtained by Marine Corps Times through a Freedom of Information Act request, CBS affiliate WLTX reported.

WLTX reported that investigators also determined that one of Siddiqui’s drill instructors had been accused of hazing and assaulting a Muslim recruit the year prior, according to the official, who spoke on the condition of anonymity because he was not authorized to discuss the investigation before its public release. Siddiqui was also a Muslim.

“While under the influence of alcohol, [the drill instructor] ordered a Muslim recruit to get inside a commercial clothes dryer and then turned the dryer on several times while commenting on the recruit’s religion,” the official said, according to WLTX.

An attorney for Siddiqui’s family, Nabih Ayad, has said the family has “always suspected hazing of some sort” in connection with his death. He did not return a phone call Thursday.

A redacted investigative report did not mention Siddiqui by name but appeared to describe his death. It says that on March 18, the day Siddiqui died, an unnamed recruit wrote a note to his drill instructor asking to go to the infirmary for a sore throat. Because he didn’t follow proper procedure, the recruit was forced to run back and forth in his barracks, the report said.

The investigation also revealed “recurrent physical and verbal abuse of recruits by drill instructors,” with a lack of oversight by officers. Furthermore, even new drill instructors were subjected to abuse by more senior drill instructors, a practice known as “hat hazing” because of the iconic flat-brimmed hats worn by the instructors.

About 500 drill instructors are assigned to the Parris Island post. Parris Island is the only site where female Marines go through basic training, but they are trained in units separate from their male counterparts. All recruits from east of the Mississippi River train at the massive installation.

The report said Lukeman’s command has also taken steps to review and revise the Corps’ approach to mental health issues and its handling of potential issues or statements by personnel involving suicide.

The statement said immediate steps have been taken to enforce a “zero-tolerance” approach to hazing, and called for increased oversight of training activities by additional Marine Corps officers.

The report said the investigation found the abuse was confined to Siddiqui’s battalion at Parris Island, but the ordered changes to policy will apply to all battalions at Parris Island and the Marine Corps’ West Coast training facility in San Diego.