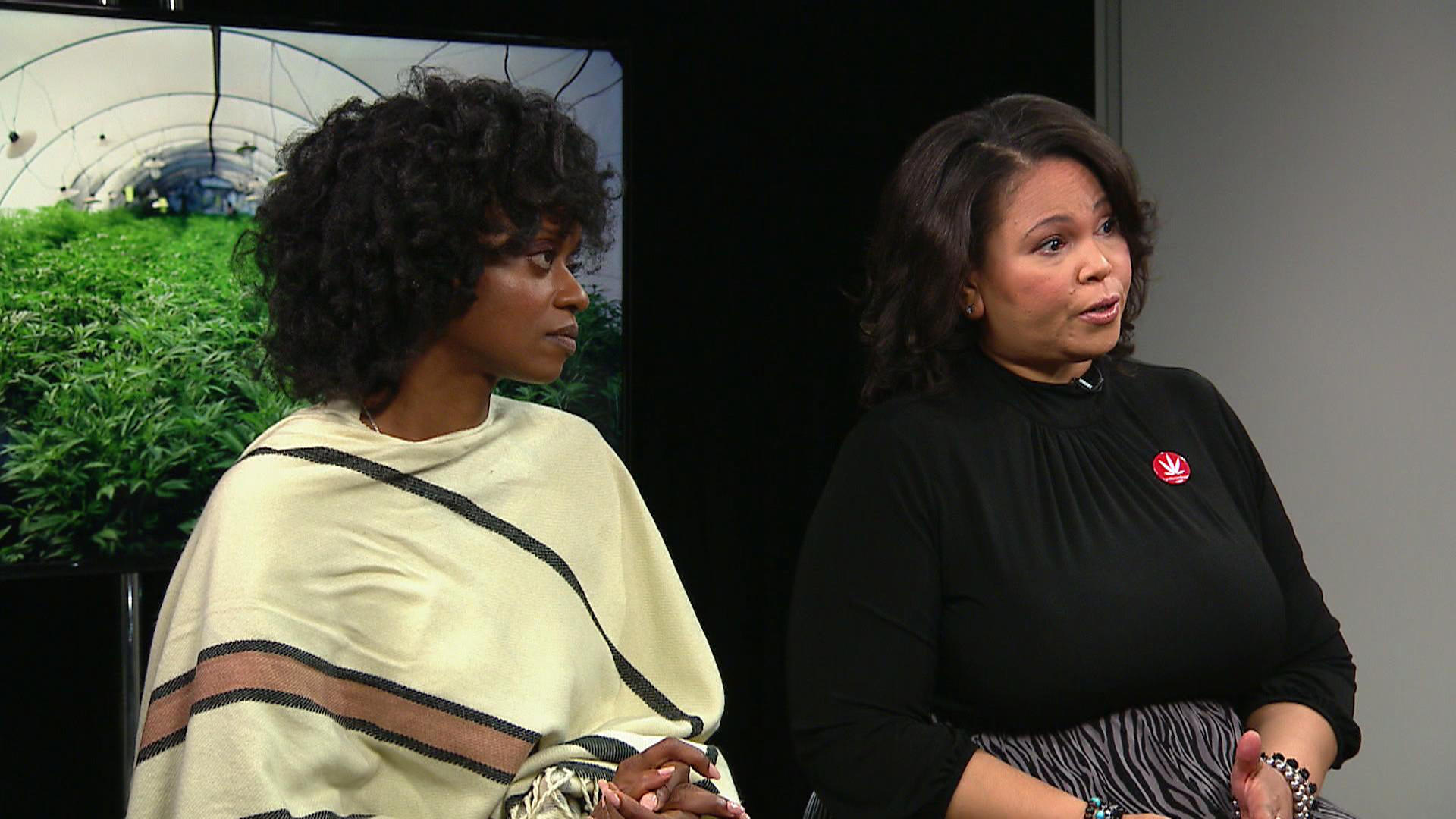 While many consumers of marijuana and fans of cannabis culture prepare to light up during Friday's "4/20" holiday, the percentage of executives who are women in the fast-growing industry is decreasing. The Marijuana Business Daily survey reported a 2015 industry average of 36 percent of women holding positions of power in cannabis-related companies. Two years later in 2017, it has dropped to nearly 27 percent.

Two women are working to reverse that trend, saying in an interview on CBSN's "Red & Blue" that they aim for the multibillion-dollar cannabis industry to be the first industry led by women. They said women are behind some of the "innovative ways" used to market cannabis.

As the cannabis industry takes off to new heights, Gia Morón, vice president of Women Grow, told CBSN's Elaine Quiijano that so many women "are already working hard to make a difference in this space and not actually repeat patterns that we've seen in other industries."

"You're seeing seasoned professionals entering, so all the years of experience ... they're bringing that in and applying it," Morón said. "That's why I do believe that women are helping to shape this industry."

Mary Pryor, co-creator of Cannaclsuive that focuses on opportunities for women of color in the cannabis industry, agreed: "Although this is a majority white male industry, the women are really the ones creating innovative ways to market and discuss and find ways to share more about the product of cannabis more so than people really recognize."

She said this is a "real deal" industry.

"Being someone that comes out of [the tech industry], I can definitely say from an early startup ... we're leading a higher trend," Pryor added. "And that's not necessarily something really being talked about often -- the tech space and the diversity within that -- and then within cannabis the reason why it's so important to have cannabis be a big focus with that is because you do not want that to shape out as to what tech became and then you're still fighting for certain equalities for women to be able to do what they want to do."

She said that the cannabis industry is early enough that "there's so many dynamic women that are making their stand" that they are setting examples and that they are at the table.

Morón pointed out that many women who are launching business are linked to medicinal marijuana because they are finding the benefits of using it for loved ones.

"Women are natural caregivers and nurturers ... so what you're finding out about the medicinal standpoint is that there is a lot of women leading in that space because they are at home caring for their loved ones and uncovering the benefits of it and taking that education and sharing it with the masses," Morón said.

Morón said she hopes to see more women -- especially minorities -- in the cannabis industry as legal marijuana sales are expected to top $20 billion by 2021.

"I don't see a limit," Morón said. "The limitations are in the licenses that are given per state for women and women of color. I think we can do anything in this space."

In the interview, Pryor also touched upon how marijuana users are severely stigmatized.

"The term marijuana just didn't come up out of nowhere ... it was actually used to criminalize the plant in the '30s and '20s as a way to try to stigmatize it ... it was a propaganda play ... it was something that was deemed as evil and made people act a certain way, which is absolutely ridiculous," Pryor said.

She said marijuana stereotypes exist for those who are cannabis users such as "stoner culture" which she says is something that's not real and tries to put people in buckets. "Any bucket that's made to put this plant feel and see like it's something that makes you lazy, not working ... that's not the experiences that I've had with people that use the plant."

To watch more of the interview with Mary Pryor and Gia Morón, click on the video player above. CBSN's "Red & Blue" with Elaine Quijano streams Monday through Thursday at 9 p.m. ET.