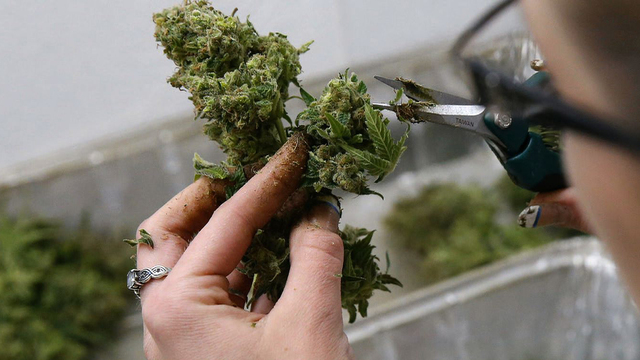 Colorado is re-thinking the rules for pot-infused food after two recent deaths.

A voter-approved ballot measure legalized recreational marijuana use in January.

Colorado's Marijuana Enforcement Division meets Wednesday with lawmakers and edible-pot producers to discuss how much THC should be in a serving size. THC is the active ingredient in marijuana.

Concern about regulation of so-called "edibles" comes in the wake of two high-profile deaths linked to the products.

Edible marijuana comes in many forms, but labs that test the products say it's hard to know exactly what kind of buzz to expect.

Joseph Evans, of Steep Hill Halent, a cannabis testing laboratory, said, "Do you know if your marijuana is safe that you're buying? You really don't."

Genifer Murray, of CannLabs, said, "I think that there's been a misconception that all of this stuff has been tested, and it hasn't."

Last month, a 19-year-old student jumped to his death off a Denver hotel balcony after friends said he ate a single marijuana cookie.

Tests showed it was the strength of six high-quality joints.

And the autopsy report cites "marijuana intoxication" as a "significant contributing factor."

In another case just this month, a woman called 911 saying her husband had eaten pot candy and was hallucinating. Denver authorities say he shot and killed her before police could get there.

It's unclear if edible pot is to blame. But, this week, the state will begin mandatory testing for potency. State lawmakers are also calling for new labeling rules to make sure users know what they're putting into their bodies and how it works.

Colorado state Rep. Jonathan Singer was one of the only state legislators to endorse legalizing recreational marijuana back in 2012.

He said, "What a lot of people do is they'll take a bite of a brownie, and maybe that's a serving, and they won't feel anything, and so they'll take another bite and another bite, and all of the sudden you've got an overdose situation."

But Singer wants to make sure it's regulated properly, the same as alcohol and prescription drugs.

He said, "We need to take the same steps that we did with those two drugs to make sure we're implementing marijuana in a way that's legal but, also, more importantly, safe."

Ten milligrams of THC is considered a serving size of the drug, but Colorado has no requirement that edibles be packaged in single servings, at least for now.