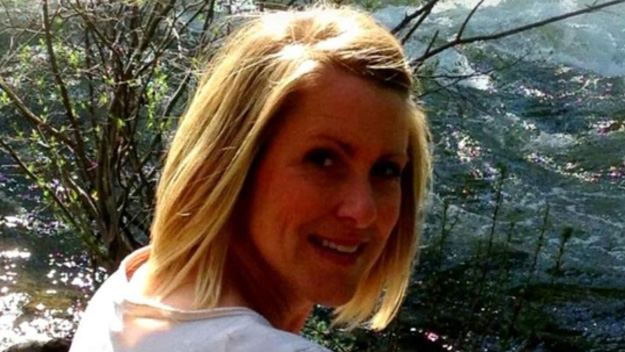 DENVER - Authorities say a Denver man accused of killing his wife while she was on the phone with 911 bought marijuana-infused candy and a pre-rolled joint in the hours before he allegedly shot and killed her.

A copy of a search warrant sent to CBS News' Crimesider on Thursday by the Denver Department of Public Safety alleges Kristine Kirk, 44, told dispatchers her husband ate the candy before he started hallucinating and frightening the couple's three children. The warrant says 47-year-old Richard Kirk also may have taken prescription pain medication before he began acting erratically.

Authorities say that Monday evening, April 14, Richard Kirk shot his wife in the head about 12 minutes into her call with 911. Police say Kristine told dispatchers her husband was getting a gun from a safe before a gunshot sounded and the line went quiet.

The department is investigating whether police responded quickly enough.

In the call with 911, Kristine Kirk told the operator that her husband had asked her to get the gun and shoot him. She told the operator she was scared of what he might do because her three kids were in the house with her, according to the warrant.

On the call, Kristine Kirk is also heard telling the operator to "please hurry" because her husband was scaring the kids and "totally hallucinating," the warrant says.

In the background of the call, the warrant alleges, Richard Kirk is heard talking about taking some marijuana "candy."

By the time officers responded to the home, they found Kristine Kirk dead of an apparent gunshot wound to the head. Richard Kirk was taken into custody.

Once in the back of the police car, Richard Kirk started "rambling to himself," according to the affidavit, and at one point, he said he was "the strongest in the Church of Latter Day Saints and he had killed his wife."

Police say they noted that Richard Kirk appeared to be under the influence of "some type of controlled substance and/or prescription pill based upon his speech patterns, his inability to focus and his pupils."

Authorities took a blood sample from him and it is being tested for traces of narcotics, medications and marijuana.

It is unclear whether police believe the marijuana directly influenced his behavior.