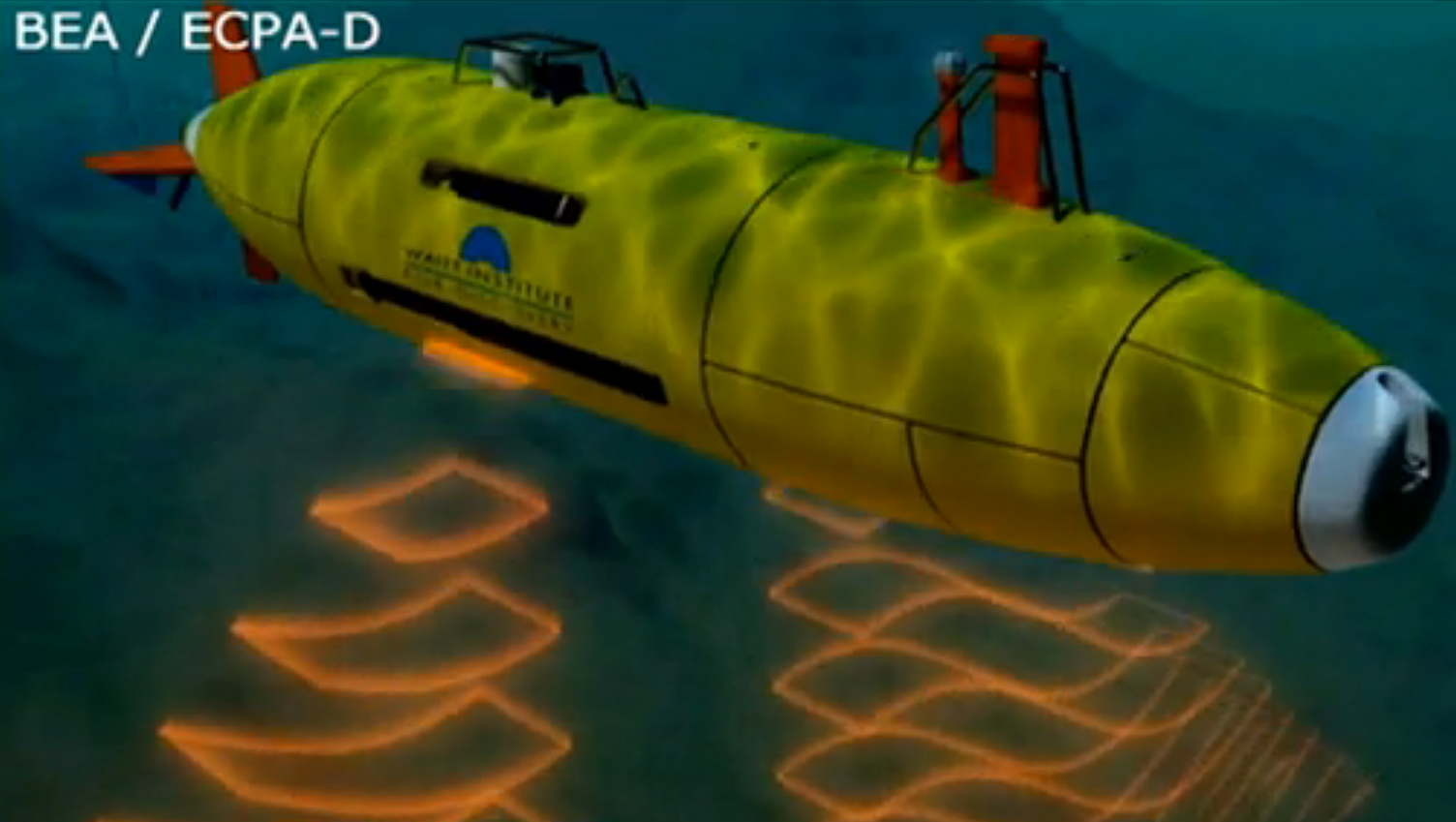 Technology has played an important part in trying to locate debris from the missing Malaysia Airlines Flight 370 and will be essential in trying to recover any wreckage from its likely resting place, deep beneath the waters of the southern Indian Ocean.

Boats and planes have been searching the area with state-of-the-art radar, sonar and satellite imagery. However, there are limitations to each, sonar expert Greg Charvat explained to "CBS This Morning: Saturday."

"The satellite is basically like a camera in space...[and] the satellite imagery not real-time generally speaking, but the radar imagery is," said Charvat. "From the aircraft -- when they're scanning, flying and scanning -- that's real-time imagery they're looking at."

Weather can be a major obstacle, more than 1,000 miles off the coast of Australia in an area known for fierce winds, big waves and violent storms. On good days, radar signals could pick up on both large and small pieces of debris, Charvat explained. But on bad days, it can be difficult or impossible.

Sonar has not played a role yet, as the search area -- which is currently the size of Texas -- is too vast. As Charvat points out, sonar has a limited range, but the technology was used to spot the main section of Air France Flight 447, which crashed into the Atlantic Ocean in 2009.

Once debris from the Malaysia Airlines flight is confirmed and a more accurate search area defined, the next challenge would be locating the underwater wreckage.

If they hone in on the area quickly enough, investigators could use the plane's black box pinger -- an underwater locator beacon -- to pinpoint the wreckage. But since the beacons have a lifespan of 30 to 40 days, time is running out.

The U.S. said it was sending a Towed Pinger Locator, which is pulled behind a vessel at slow speeds and can hear the black box pinger down to a depth of about 20,000 feet, a U.S. Seventh Fleet operations officer said in a statement.

After the pinger is no longer functional, if the wreckage still hasn't been found, investigators could use an automated underwater vehicle (AUV) to map the ocean floor instead. It would be a painstaking process, running a search pattern through the ocean.

"Think of it like mowing the lawn, up and back, up and back, and it collects data for 20 hours," Paul Nelson, a project manager at Phoenix International, told CBS This Morning.


Finally, once the recovery team has honed in on where the wreckage lies, a remote-operated vehicle (ROV) could then be used to try to recover the flight data recorders and other pieces of the plane.

"An ROV is about the only way to recover items from the ocean bottom, especially if the depth exceeds safe diving limits for people," Robert Paddock, an ROV technician and pilot at the Great Lakes WATER Institute, told CBS News in an email. "ROVs are used for many of the deep water functions [in offshore oil exploration], including assembly of pipes, fittings, electronics and even basic construction."

It could take weeks to get the equipment needed to search the area and find submerged wreckage, only to take months more trying to to recover it. However, the use of an ROV is still the best option, Paddock believes.

"Open ocean conditions require a solid surface platform with dynamic positioning to maintain [its] station. ... At greater depths, it would be much more efficient to have an 'elevator' to bring up the parts without having the ROV return to the surface," Paddock said. "This type of work would best be done with 24 hour ROV operations, requiring rotating ROV crews and ample backup supplies/repair parts."

Dr. David Gallo of the Woods Hole Oceanographic Institution, who was involved in the search for Air France Flight 447 in the Atlantic, said there still needs to be a smaller search area identified before investigators can start combing the ocean floor.

"I don't want to hope against the hopes and prayers of the families by hoping this is wreckage from the plane. But we're a ways away," Gallo told CBS News' "Face the Nation" on Sunday. "Air France [Flight 447], it was a two-year process. It wasn't all at sea -- a lot of thinking, a lot of things going on to decide who goes and does what next. We're at the beginning of that. ... It's a long haul from here."