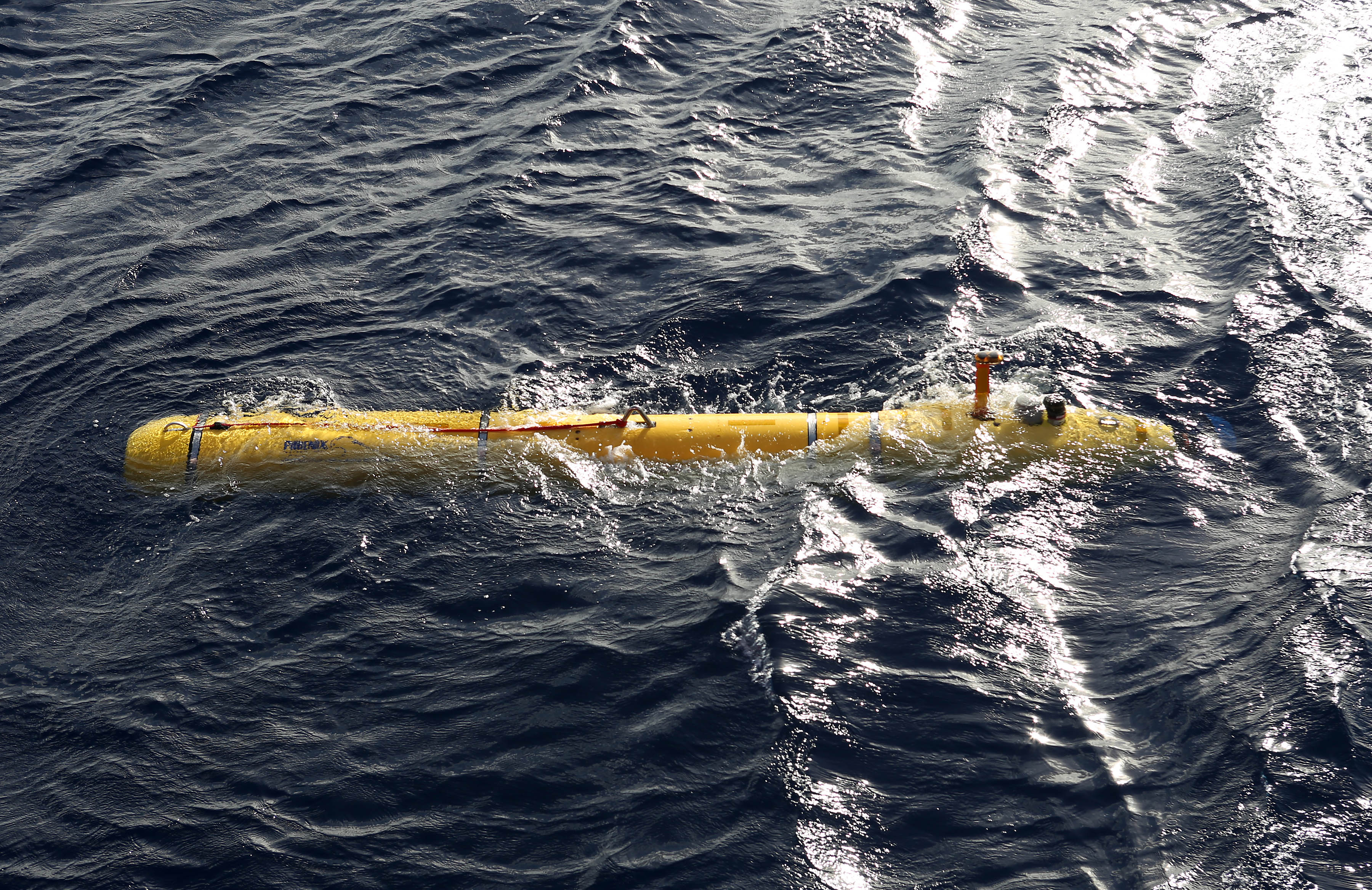 PERTH, Australia -- Investigators were analyzing data collected by a robotic submarine that completed its first successful scan of the seabed Thursday in the hunt for the missing Malaysian plane, but say tests have ruled out that a nearby oil slick came from the aircraft.

The unmanned sub's first two missions were cut short by technical problems and deep water, but the Bluefin 21 finally managed to complete a full 16-hour scan of the silt-covered seabed far off Australia's west coast, the search coordination center said. While data collected during the mission, which ended overnight, were still being analyzed, nothing of note had yet been discovered, the center said. The sub has now covered 35 square miles of seafloor.

Separately, the center said the oil analysis done in the western city of Perth came up empty when the samples tested negative for aircraft oil or hydraulic fluid. The oil was collected earlier this week from a slick about 3.4 miles from the area where equipment picked up underwater sounds consistent with an aircraft black box.

It was hoped that the oil would be evidence that officials are looking in the right place for Flight 370, which vanished March 8 while en route from Kuala Lumpur, Malaysia, to Beijing. Searchers have yet to find any physical proof that the sounds that led them to the ocean floor where the Bluefin has been deployed were from the ill-fated jet.

Twelve planes and 11 ships were scouring a 15,600-square-mile patch of sea for any debris that may be floating on the ocean surface, about 1,400 miles northwest of Perth.

Despite weeks of searching, no debris related to the jet has been found and earlier this week, search effort leader Angus Houston said the surface hunt would be ending within days. But the search coordination center on Thursday said crews would continue searching the ocean surface into next week.

Malaysia's defense minister, Hishamuddin Hussein, confirmed that the search would continue through Easter weekend, but acknowledged that officials would have to rethink their strategy at some point if nothing is found.

"There will come a time when we need to regroup and reconsider, but in any event, the search will always continue. It's just a matter of approach," he said at a news conference Thursday.

Radar and satellite data show the Boeing 777 flew far off-course for an unknown reason and would have run out of fuel in a desolate patch of the Indian Ocean west of Australia.

A ship-towed device detected four underwater signals that are believed to have come from the plane's black boxes shortly before the batteries powering the devices' beacons likely died. The sounds helped narrow the search area to the waters where the Bluefin is now operating.

The U.S. Navy's unmanned sub cut short its first mission on Monday because it exceeded its maximum operating depth of 15,000 feet. Searchers moved it away from the deepest waters before redeploying the sub to scan the seabed with sonar to map a potential debris field.

But the center said Thursday that officials are now confident that the sub can safely go deeper than was thought, allowing it to cover the entire search area, which has been narrowed based on further analysis of the four underwater signals.

In addition to finding the plane itself, investigators want to recover the black boxes in hopes the cockpit voice and flight data recorders can explain why the plane lost communications and flew so far off-course before disappearing.