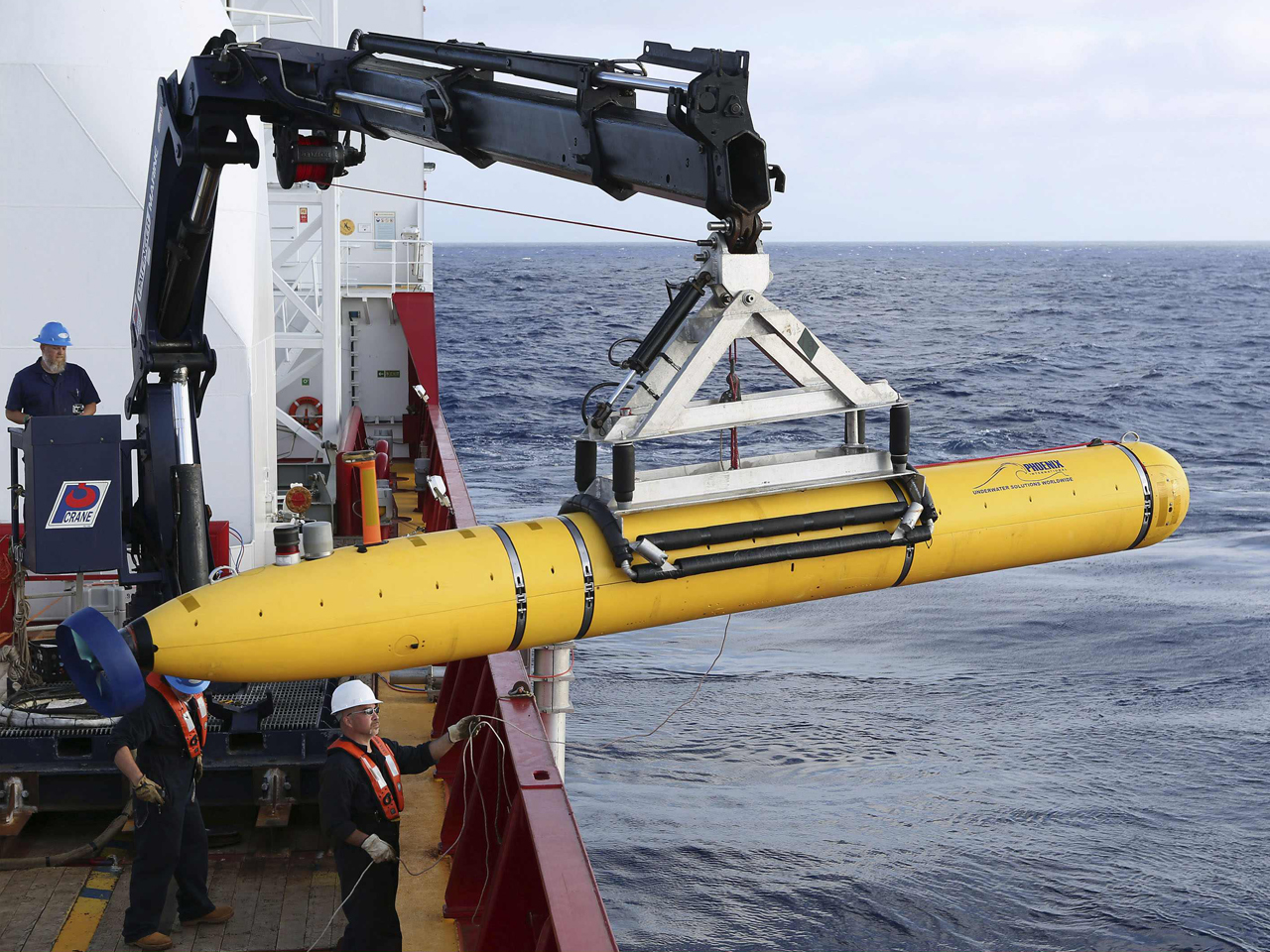 PERTH, Australia -- As a robotic submarine dove into the ocean to look for the missing Malaysia Airlines jetliner, angry Chinese relatives stormed out of a teleconference meeting Wednesday to protest the Malaysian government for not addressing them in person.

The Bluefin 21 sub surfaced early for the second time in as many missions, this time after experiencing technical difficulties. It was sent back underwater after its data were downloaded but there's been no sign of the plane yet, according to the joint agency coordinating the search.

As the search continued, more than 100 relatives of Chinese passengers who were aboard Malaysia Airlines Flight 370 walked out of a teleconference with senior Malaysian officials, an act of defiance over a lack of contact with that country's government and for taking so long to respond to their demands.

The family members had gathered in a meeting room at a Beijing hotel where Malaysia Airlines had provided them with lodging and food. But they stood up and filed out shortly before the call with Malaysia's civil aviation chief, Azharuddin Abdul Rahman, and others as it was about to start.

"These video conference meetings often don't work, the sound stops and it's constantly disrupted. Is that how we are going to communicate?" said Jiang Hui, one of the family members, after the walkout. "Do they need to waste our time in such a way?"

Jiang said the Malaysian government had not met demands the relatives had presented to them weeks ago in Malaysia - an apology for the way they've handled the matter along with meetings with the Malaysian government and airline officials. They also have requested to sit down with executives from Boeing and Rolls-Royce, the manufacturer of the plane and its engines.

The Boeing 777 vanished March 8 with 239 people on board while en route from Kuala Lumpur, Malaysia to Beijing. Satellite and radar data show it flew far off-course for an unknown reason and likely would have run out of fuel over the southern Indian Ocean west of Australia.

A ship-towed device detected four signals underwater that are believed to have come from the airliner's black boxes shortly before the beacons' batteries died. The sounds helped narrow the search area to the waters where the Bluefin 21 is now operating.

The U.S. Navy's unmanned sub cut short its first mission on Monday because it exceeded its maximum operating depth of 15,000 feet. Searchers moved it away from the deepest waters before redeploying the sub to scan the seabed with sonar to map a potential debris field.

On the ocean surface, up to 14 planes and 11 ships were searching a 24,000-square-mile patch of sea about 1,400 miles northwest of Perth on Wednesday. Not a single piece of debris connected to the plane has been found, and the surface search is expected to end soon.

Investigators are also waiting on test results from an oil slick found about 3.4 miles from where the last underwater sounds were detected.

In addition to finding the plane itself, investigators want to find the black boxes to solve the mystery of why the plane lost communications and flew so far off-course before disappearing.