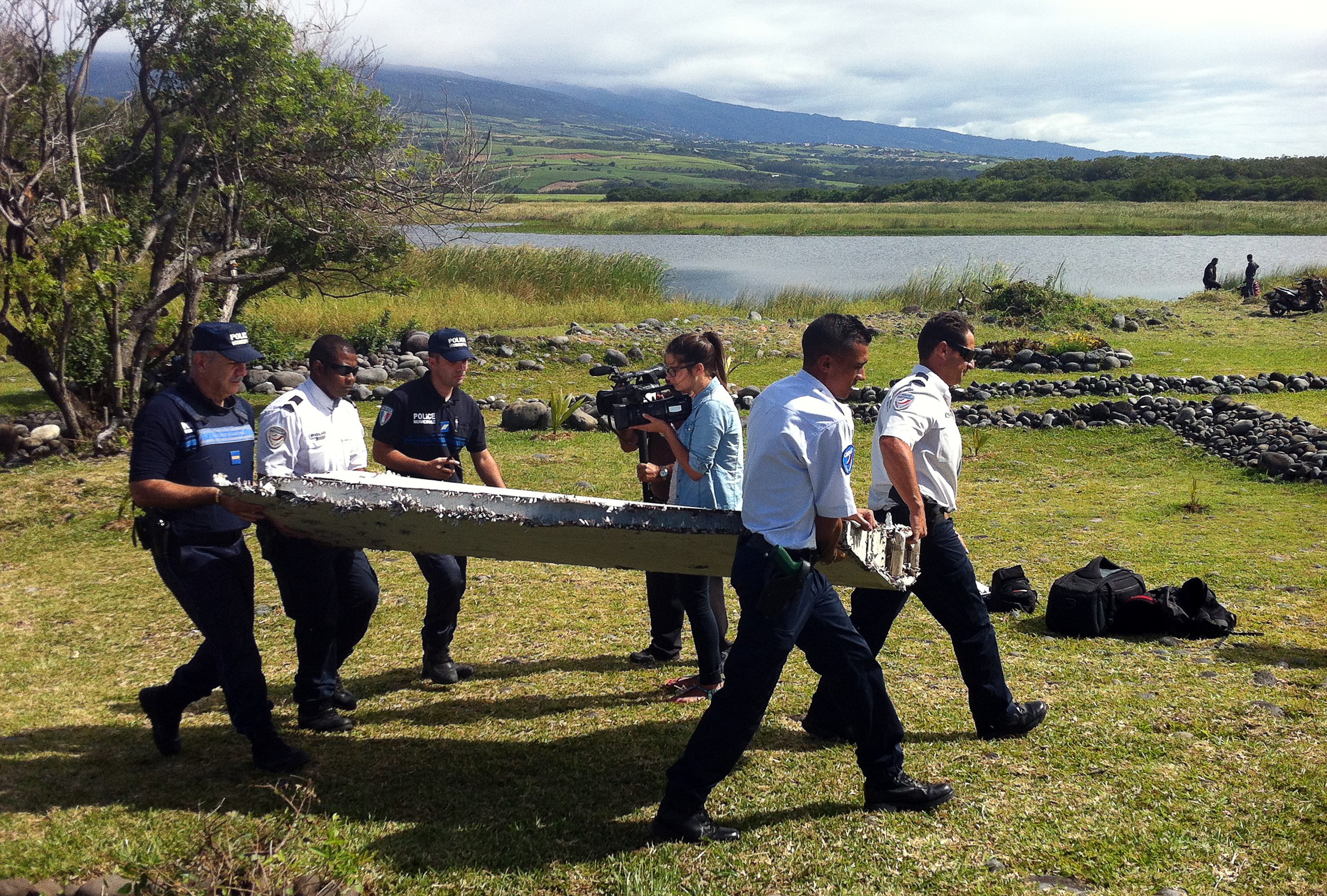 Plane debris found on the shore of the island of Reunion in the Indian Ocean has fueled speculation that it could be part of Malaysia Airlines Flight 370, which mysteriously vanished more than a year ago with 239 people on board.

AFP reported that the debris, which appeared to be part of an airplane's wing, was found by people cleaning the shoreline of the French island, which is located more than 500 miles east of Madagascar.

Sources tell CBS News correspondent Jeff Pegues that Boeing investigators believe the debris appears to be from a 777 -- the same type of aircraft as Flight 370.

CBS News transportation consultant Mark Ronsenker, a former chairman of the National Transportation Safety Board, said that the origin of the wing can only be determined after it is examined in a lab and checked for identification numbers.

An officer in the air transport police told Reuters that it is premature to suggest that the debris came from MH370.

"People are getting ahead of themselves over this," Eric Chesneau told Reuters. "It is more than likely plane debris, (but) we don't know what exact part it may be."

The FAA says that their accident investigation team has not yet received any actual data about the part found.

Alan Leonardi, the Director of NOAA Office of Ocean Exploration and Research, told CBS News that it is possible for the wreckage to drift from the western side of Australia - the focal point of the search for MH370 - to the Madagascar area.

The Boeing 777 vanished for reasons unknown on March 8, 2014, during a flight from Kuala Lumpur to Beijing.

A withering 46,000 square miles of remote ocean floor up to 4 miles deep have been combed with sonar and video.

Experts had been questioning the competence of the company in charge of the search, including whether crews may have passed over the sunken wreckage without even noticing. Some have criticized what they suspect is shoddy work, inappropriate equipment use and a focus on speed over thoroughness by the Dutch underwater survey company hired by Australia to find the plane.