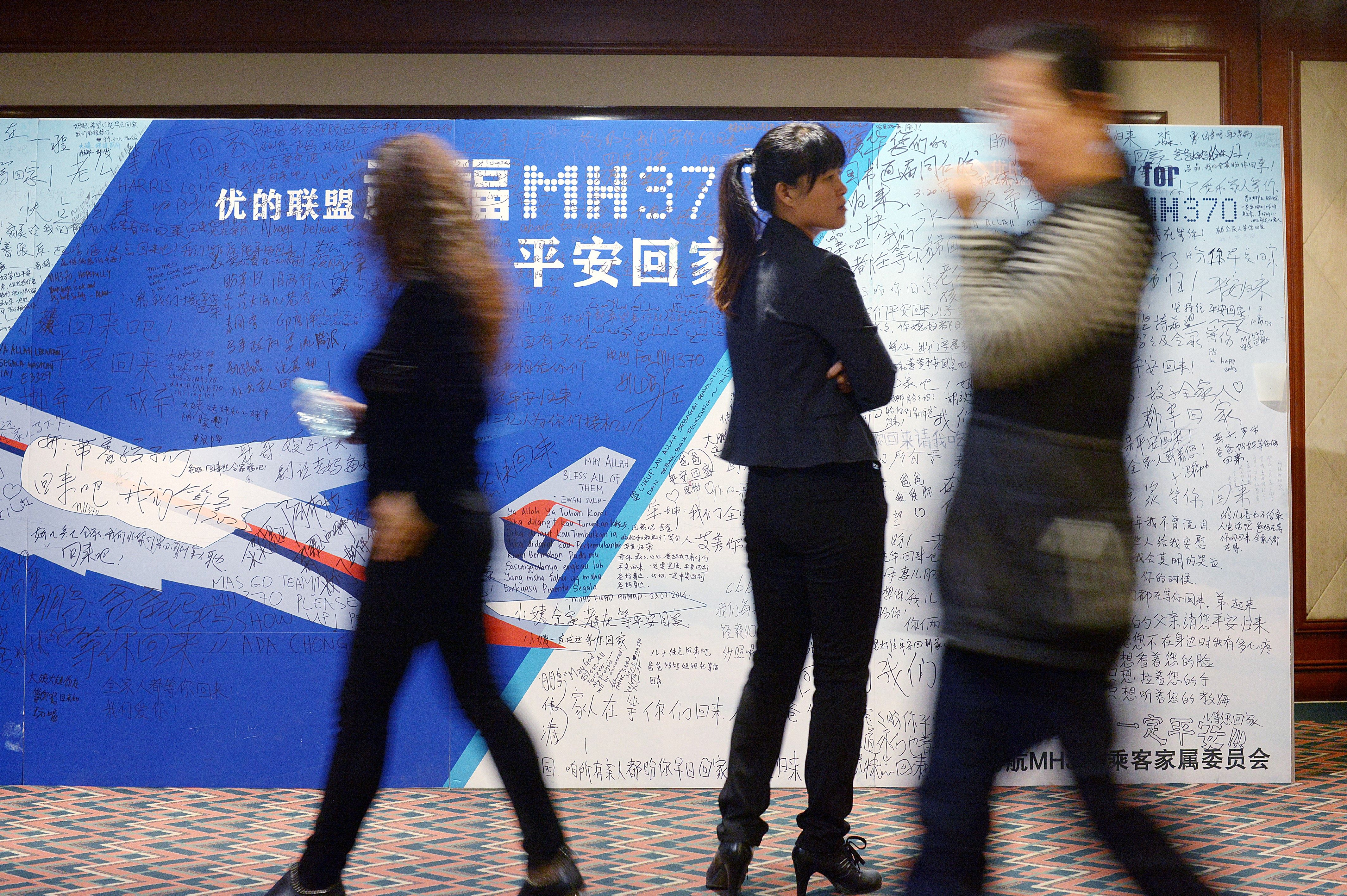 As officials leading the hunt for the missing Malaysia Airlines jet prepared to focus their efforts deeper into the Indian Ocean, it emerged Wednesday that possible debris from an airplane had been spotted on the southwest Australian coast -- 1,000 miles from the center of the search area.

Australian officials confirmed Wednesday that police had secured "materials washed ashore" near the town of Augusta. A statement released by the agency coordinating the search in the Indian Ocean said in a statement that the Australian Transport Safety Bureau (ATSB) was examining photos of the material, which were also sent to Malaysian officials.

The ATSB would try to "determine whether further physical analysis is required and if there is any relevance to the search of missing flight MH370," according to the statement.

Martin Dolan, chief commissioner of the ATSB said an initial analysis of the material suggested it was not from Flight 370.

"We do not consider this likely to be of use to our search for MH370," Dolan told The Associated Press. "At this stage, we are not getting excited."

CBS News' Elizabeth Palmer noted that Malaysian officials speaking during a media briefing Wednesday made no mention of the possible debris, which Australian media described as three pieces of metal, one about the size of a car with distinct rivets on it. The materials were reportedly spotted by someone walking on the beach.

"The material was found a few days ago, but because we've just had a four-day weekend... nothing was done until today," CBS Radio News' Scott Mayman reported. Sources told Mayman the debris was "metallic."

Australia's prime minister said earlier Wednesday that failure to find any clue in the most likely crash site of the lost Malaysia Airlines jet would not spell the end of the search, as officials planned soon to bring in more powerful sonar equipment that can delve deeper beneath the Indian Ocean.

The search coordination center said Wednesday a robotic submarine, the U.S. Navy's Bluefin 21, had scanned more than 80 percent of the 120-square-mile seabed search zone off the Australian west coast, creating a three-dimensional sonar map of the ocean floor. Nothing of interest had been found.

The 2.8-mile deep search area is a circle 12 miles wide around an area where sonar equipment picked up a signal on April 8 consistent with a plane's black boxes. But the batteries powering those signals are now dead.

Defense Minister David Johnston said Australia was consulting with Malaysia, China and the United States on the next phase of the search for the plane that disappeared March 8, which is likely to be announced next week.

Johnston said more powerful towed side-scan commercial sonar equipment would probably be deployed, similar to the remote-controlled subs that found RMS Titanic 12,500 feet under the Atlantic Ocean in 1985 and the Australian WWII wreck HMAS Sydney in the Indian Ocean off the Australian coast, north of the current search area, in 2008.

"The next phase, I think, is that we step up with potentially a more powerful, more capable side-scan sonar to do deeper water," Johnston told The Associated Press.

While the Bluefin had less than one-fifth of the seabed search area to complete, Johnston estimated that task would take another two weeks.

Prime Minister Tony Abbott said the airliner's probable impact zone was 430 miles long and 50 miles wide. A new search strategy would be adopted if nothing was found in the current seabed search zone.

"If at the end of that period we find nothing, we are not going to abandon the search, we may well rethink the search, but we will not rest until we have done everything we can to solve this mystery," Abbott told reporters.

"We owe it to the families of the 239 people on board, we owe it to the hundreds of millions - indeed billions - of people who travel by air to try to get to the bottom of this. The only way we can get to the bottom of this is to keep searching the probable impact zone until we find something or until we have searched it as thoroughly as human ingenuity allows at this time," he said.

The focus of the next search phase will be decided by continuing analysis of information including flight data and sound detections of the suspected beacons, Johnston said.

"A lot of this seabed has not even been hydrographically surveyed before - some of it has - but we're flying blind," he said, adding that the seabed in the vicinity of the search was up to 4 miles deep.

The search center said an air search involving 10 planes was suspended for a second day because of heavy seas and poor visibility.

But 12 ships would join Wednesday's search of an expanse covering 14,500 square miles, centered 1,000 miles northwest of the city of Perth.

Radar and satellite data show the jet carrying 239 passengers and crew veered far off course on March 8 for unknown reasons during its flight from Kuala Lumpur, Malaysia, to Beijing. Analysis indicates it would have run out of fuel in the remote section of ocean where the search has been focused. Not one piece of debris has been found since the massive multinational hunt began.