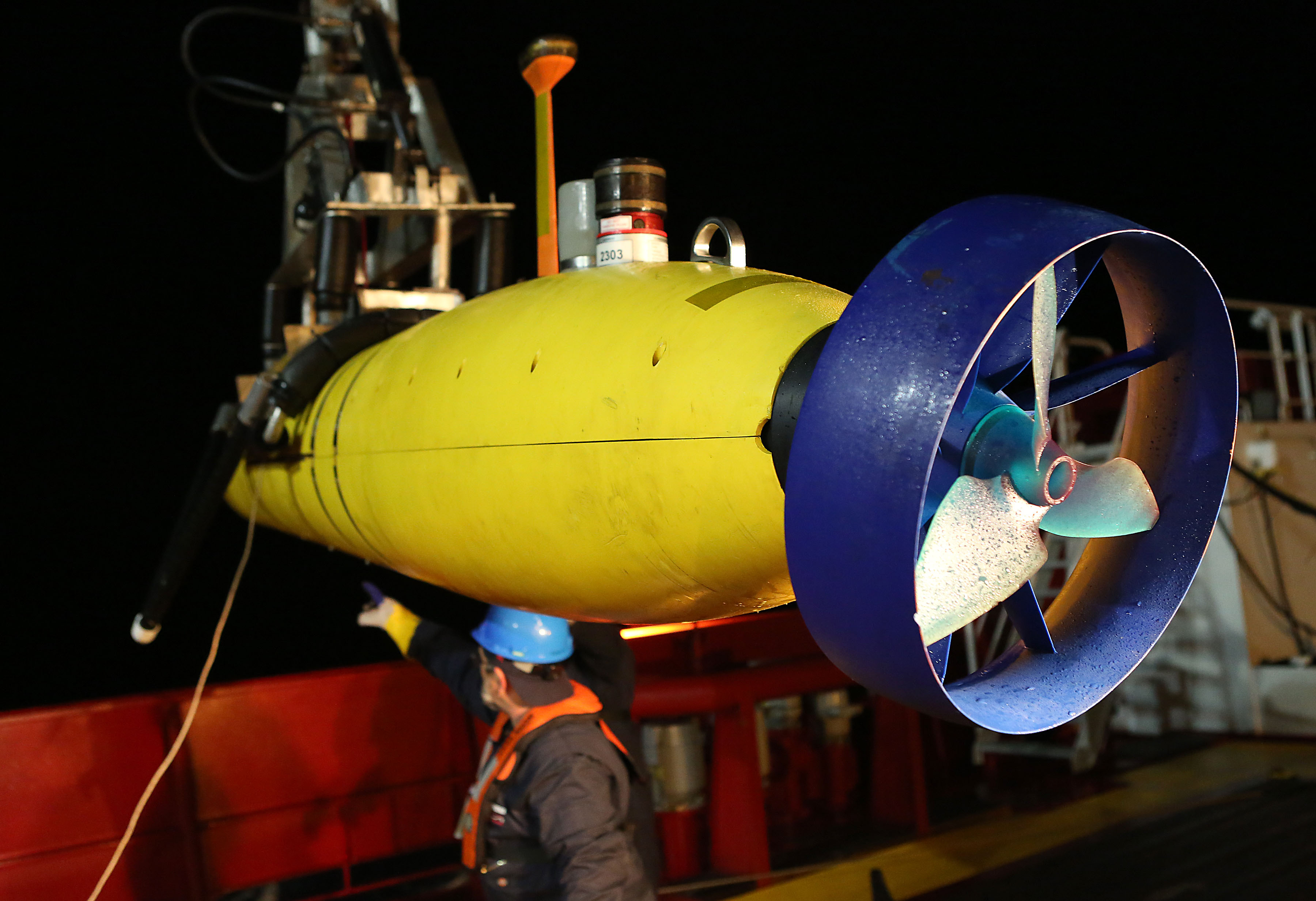 SYDNEY -- An air search for the missing Malaysia Airlines jet was suspended for a day due to stormy weather on Tuesday as the painstakingly slow sonar scanning of a targeted patch of seabed continued.

Up to 10 planes were to scour the ocean surface for debris on Tuesday over an area covering 19,000 square miles centered 1,000 miles northwest of the Australian west coast city of Perth, the search coordination center said in a statement.

But the center later said the planes would be grounded due to poor weather related to a tropical cyclone developing north of the search area.

"It has been determined that the current weather conditions are resulting in heavy seas and poor visibility, and would make any air search activities ineffective and potentially hazardous," the center said in a statement.

Ten ships were searching the ocean surface on Tuesday, while a robotic submarine was finishing its ninth mission scanning the silt-covered seafloor since the search for wreckage shifted beneath the waves on April 14.

The center said the U.S. Navy's Bluefin 21 had so far covered more than 80 percent of the 120-square-mile seabed search zone, creating a three-dimensional sonar map of the ocean floor. Nothing of interest had been found.

The 2.8-mile deep search area is a circle 12 miles wide around an area where equipment picked up a signal on April 8 consistent with a plane's black boxes. The plane's flight data and cockpit recorders' beacons were only designed to transmit signals for 30 days after a crash and their batteries are now presumed to be dead.

The search coordination center said the sonar scan of the seafloor in that area was expected to be completed sometime this week.

Malaysian Defense Minister Hishammuddin Hussein has said that even if no debris was recovered, the scope of the search may be broadened or other assets may be used.

Radar and satellite data show the jet carrying 239 passengers and crew veered far off course on March 8 for unknown reasons during a flight from Kuala Lumpur, Malaysia, to Beijing. Analysis indicates it would have run out of fuel in the remote section of ocean where the search has been focused. Not one piece of debris has been recovered since the massive multinational hunt began.