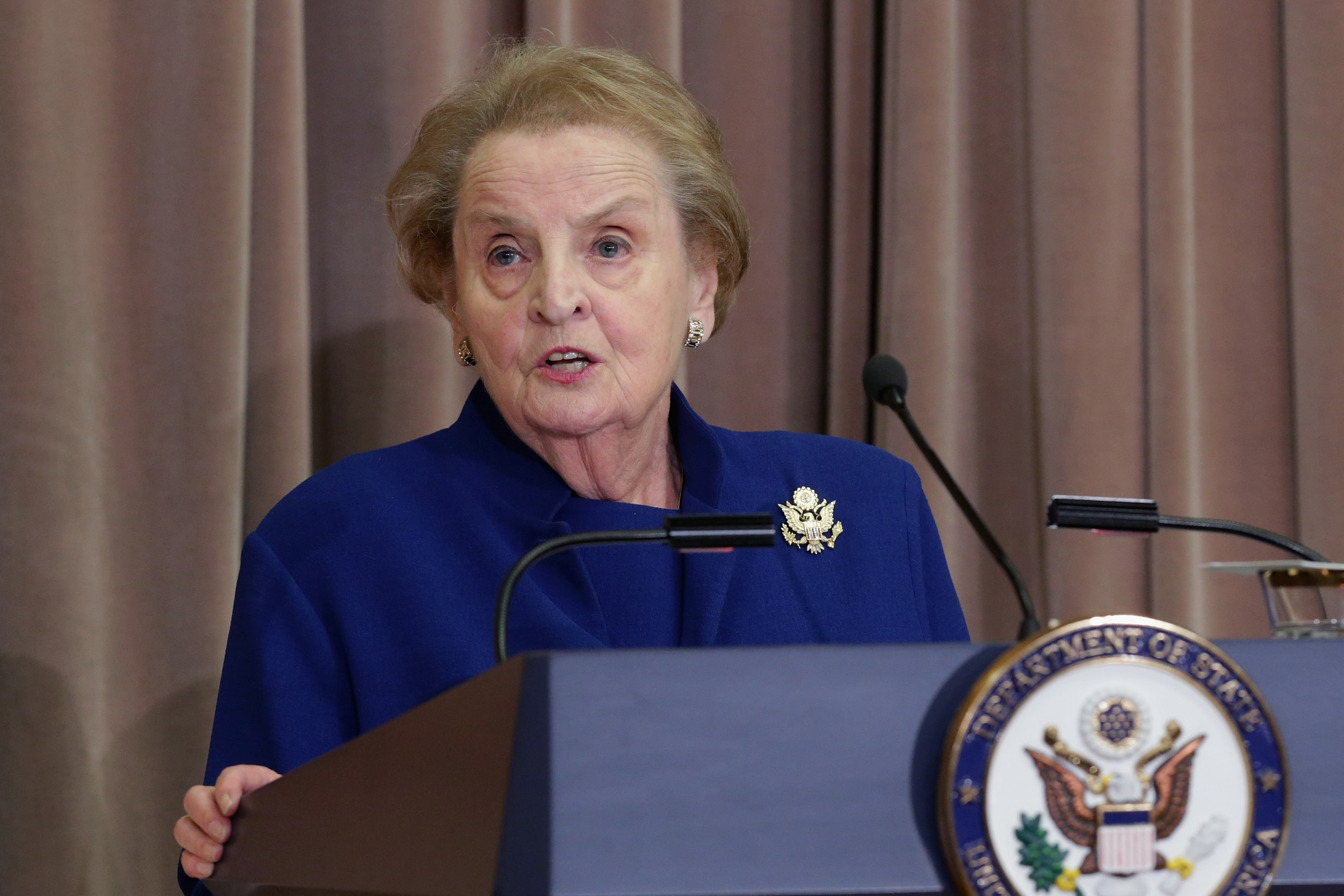 In response to reports that President Trump could soon sign an executive action that would immigration from some predominantly Muslim countries, former Secretary of State Madeleine Albright tweeted in protest.

Mr. Trump has remained true to several of his controversial campaign promises, signing executive actions that withdrew the U.S. from the Trans-Pacific Partnership trade deal, imposing a hiring freeze on all federal civilian employees, excluding military personnel, directing government agencies to phase out as many components of Obamacare as possible as lawmakers work on the initial process of dismantling former president’s signature healthcare law.

During his campaign, Mr. Trump promised to enforce “extreme vetting” and suspend immigration from certain Muslim countries, so it would not be surprising if he were to issue an executive action on Muslims entering the U.S., aimed at bolstering national security. And now, former Secretary of State Albright is saying that she is prepared to register as Muslim if that happens.

In a tweet posted at 10:18 a.m. Wednesday, Albright wrote, “I was raised Catholic, became Episcopalian & found out later my family was Jewish. I stand ready to register as Muslim in #solidarity.” As of this article’s publication, the tweet has more than 46,000 likes and more than 20,000 retweets.

Within moments of the tweet mentioned above, Albright further emphasized her message by tweeting a photo of the statue of liberty, emblazoned with the words, “ “Give me your tired, your poor, Your huddled masses yearning to breathe free, The wretched refuse of your teeming shore. Send these, the homeless, tempest-tossed to me. I lift my lamp beside the golden door!”

“There is no fine print on the Statue of Liberty. America must remain open to people of all faiths & backgrounds. #refugeeswelcome,” she added.

Albright herself came to the U.S. as a child after her family fled Nazi persecution in Europe, so this is an issue close to her heart. She, however, is not the only public figure tweeting this sort of message in solidarity with Muslim immigrants.

On Wednesday, “Big Bang Theory” star Mayim Bialik also tweeted in protest to a potential executive order, “I’m Jewish. I stand ready to register as a Muslim in #solidarity if it comes to that.”

Susan Rice, the 27th U.S. Ambassador to the United Nations, tweeted today as well: “This is nuts. Thousands of innocents who would enrich our nation now left to rot in camps/die in war zones across the world. #Solidarity”