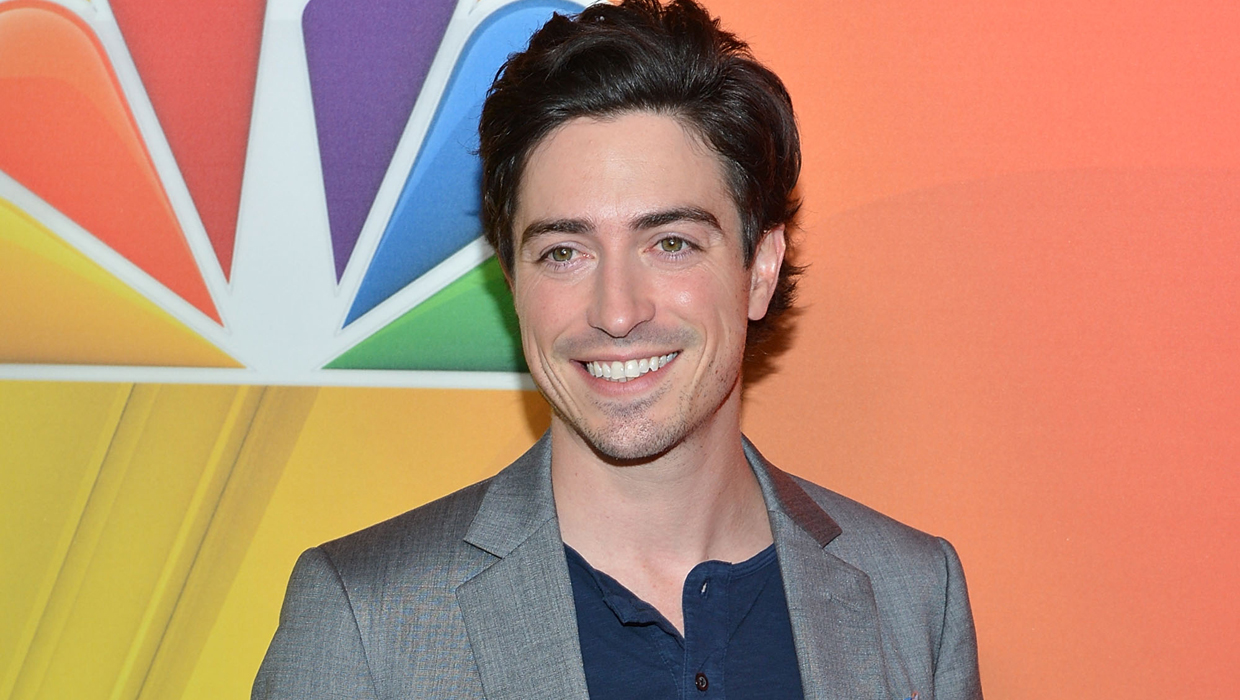 Actor Ben Feldman says he showed up Monday at NBC's preview to advertisers -- where he was promoting his new romantic comedy "A to Z" -- expecting to get hammered with questions about "Mad Men."

On Sunday's episode, his advertising copy writer character Michael Ginsberg had a mental breakdown tipped off by the introduction of a computer to the office and culminating in his presenting Peggy Olson (Elisabeth Moss) with a box containing his severed nipple.

If it sounds crazy it's because it was. The character began trending on Twitter soon after.

"(Mad Men's creator) Matt Weiner and I sat down a few weeks before that episode and he told me everything that was gonna happen and my jaw just dropped to the floor," the actor laughed.

Ginsberg is last seen in the episode being wheeled out of Sterling Cooper Draper Pryce on a gurney. Feldman says he can't say whether that's the end of his "Mad Men" run.

We will see Feldman on Thursdays this fall on "A to Z." It co-stars Cristin Milioti of Broadway's "Once" and CBS' "How I Met Your Mother," and follows the relationship of their characters, Andrew and Zelda.

The 33-year-old actor says you follow their journey "from start to maybe finish. ... you go into the first episode they've never met and you sort of take off from there. It's really, I hate this word, it's so cheesy but it's like a special show. ... My wife saw the trailer and she's like, 'Oh, I have that like warm feeling.' And you kind of get that from watching."