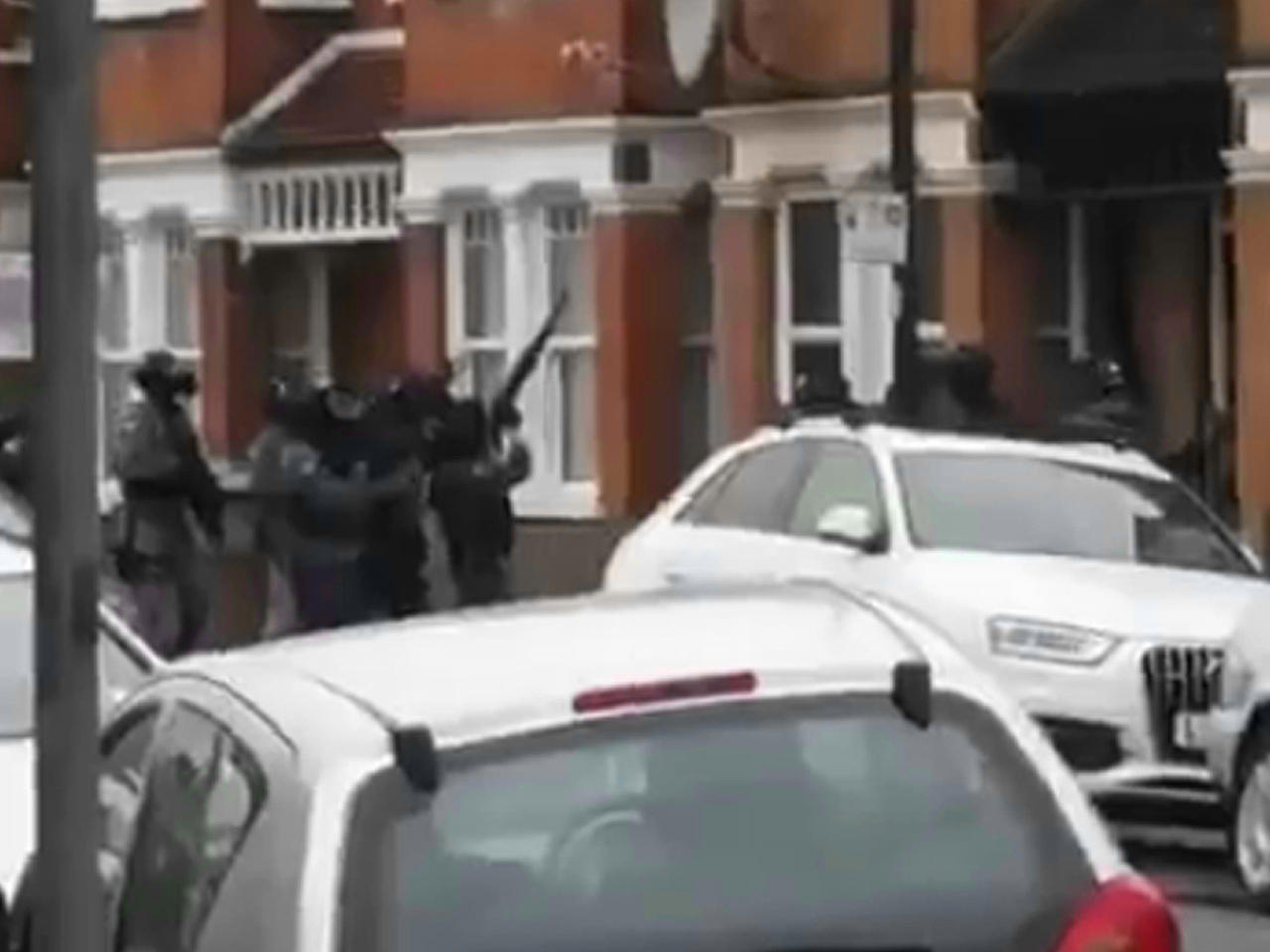 LONDON -- British police said Friday they had disrupted an "active terror plot" with raids during which a woman was shot and six other people were arrested in London and southeastern England.

The injured suspect remained hospitalized Friday morning in a serious but stable condition after the raid in the Willesden neighborhood of northwest London. She was shot after police fired tear gas and then forcibly entered the house.

Police did not immediately provide further details of the alleged plot.

The woman, said to be 20 years old, was the subject of an ongoing police investigation. She was under police guard but had not been formally arrested due to her injuries.

Two others were arrested at the address in northwest London, as was a neighbor. A woman in Kent was also arrested. Police said the four people were being held on suspicion of preparation of terrorist acts.

Two more individuals were placed under arrest upon returning to the Willesden address later Thursday evening.

A police statement said the overnight raids were not related to a Thursday incident near Parliament in which a man was arrested while allegedly carrying large knives in a backpack.

The police said they believed the arrest of the man near Parliament and the raids stemming from the separate investigation had effectively contained the relevant threats to the public.

Security has been increased around Parliament since an attacker drove an SUV into pedestrians on nearby Westminster Bridge on March 22, killing four, before stabbing a police officer to death inside the gates of Parliament. The attacker, Khalid Masood, was shot dead by police.

Police believe Masood, 52, a British-born Muslim convert with convictions for violence, acted alone, but ISIS did claim responsibility for the attack.