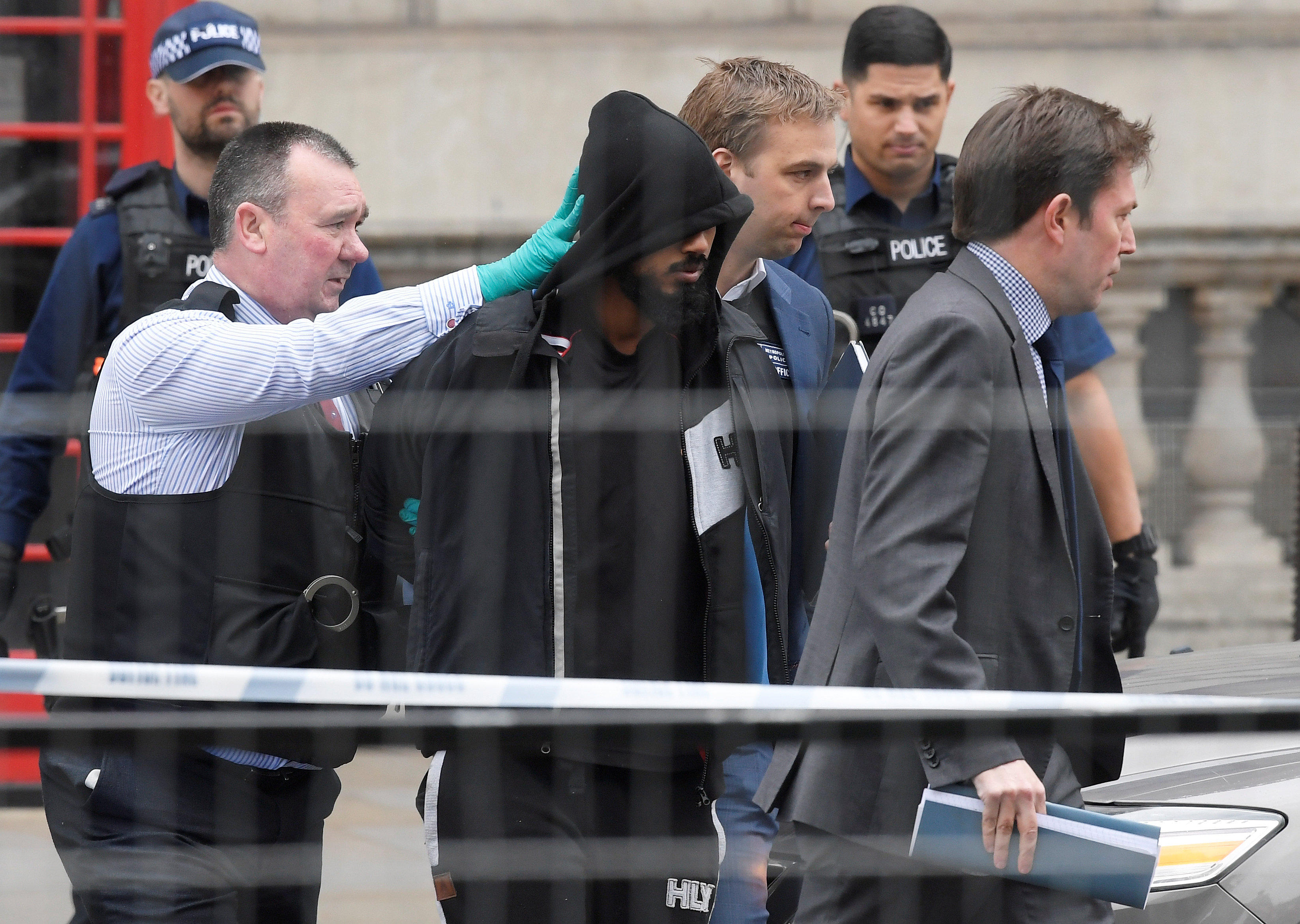 The Metropolitan Police force said no one was injured in the incident, which brought armed police flooding into the area around Parliament.

Witnesses reported seeing armed police blocking off Whitehall, a street lined with government buildings, and a man on the ground surrounded by police.

A black-clad man could later be seen standing on the sidewalk, surrounded by police, before being put into a police vehicle.

The police said in a statement that one man had been a "arrested on suspicion of possession of an offensive weapon and on suspicion of the commission, preparation and instigation of acts of terrorism." The statement confirmed that the suspect had knives on him.

The police said there was "no immediate known threat" after the individual's arrest.

Security has been increased around Parliament after an attacker drove an SUV into pedestrians on nearby Westminster Bridge on March 22, killing four, before stabbing a police officer to death inside the gates of Parliament. The attacker, Khalid Masood, was shot dead by police.

Police believe Masood, 52, a British-born Muslim convert with convictions for violence, acted alone, but ISIS did claim responsibility for the attack.

Police say there has been a surge in knife crimes in London in the past year.