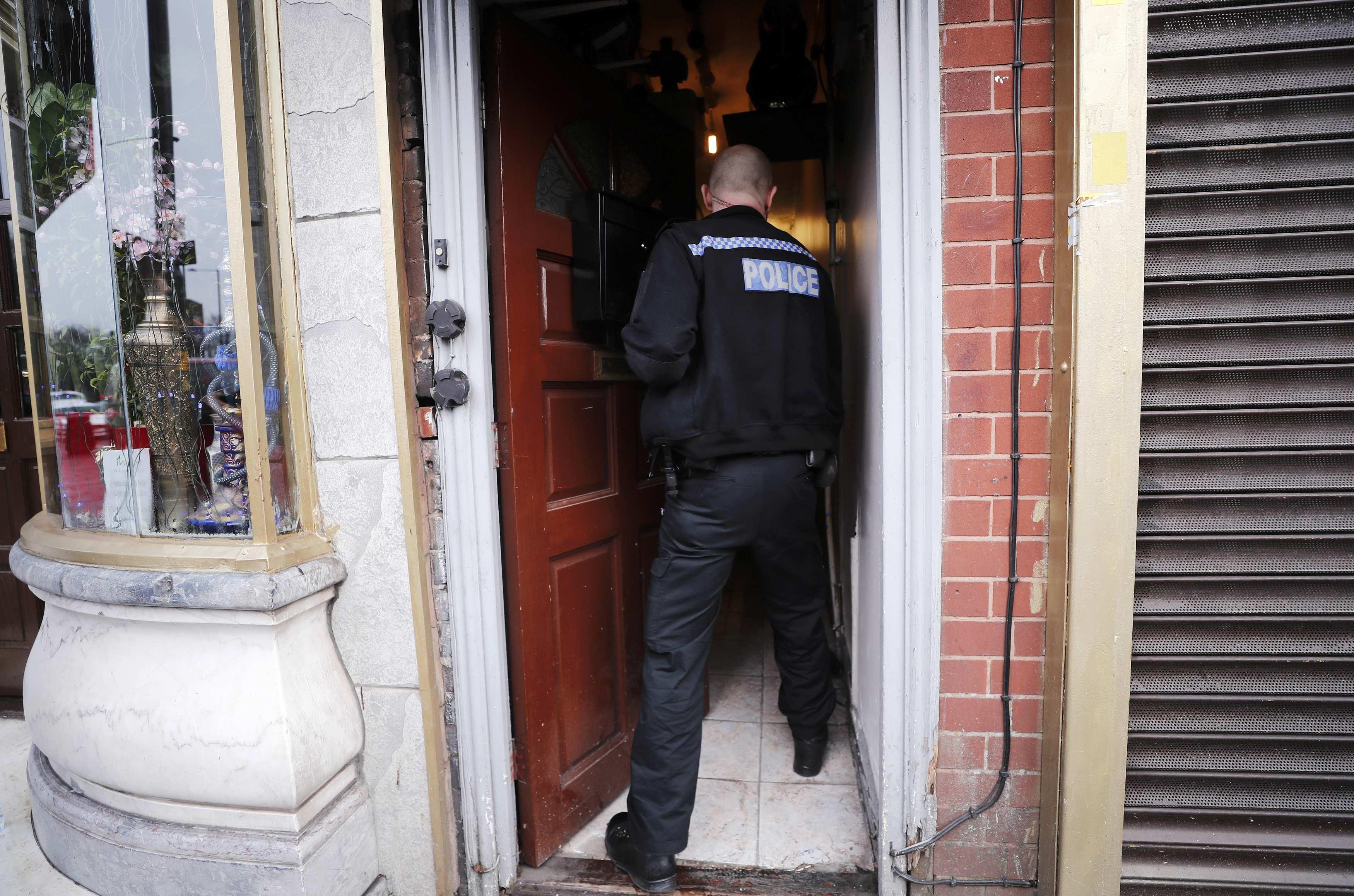 LONDON -- Police in Britain arrested seven people in overnight raids in London, Birmingham and elsewhere in connection with the Wednesday attack on the Houses of Parliament by a knife-wielding man who first drove a vehicle down a crowded sidewalk.

The death toll in the attack increased from four to five, including the attacker, on Thursday night, when a 75-year-old man was taken off life support, London’s Metropolitan Police said.

An American man was also confirmed to have been among the three civilians killed in the first stage of the attack, on Westminster Bridge over the River Thames.

Speaking earlier Thursday morning, the top antiterrorism officer for the Metropolitan Police (Scotland Yard), Mark Rowley, said two civilians -- a woman in her 40s and a man in his 50s -- were killed, along with a police officer and the attacker.

Hours later, the family of Utah resident Kurt Cochran said he had died from the injuries he sustained as the attacker’s SUV careened down the sidewalk of the bridge.

Cochran’s brother-in-law Clint Payne confirmed his death in a statement released by the couple’s church, adding that Cochran’s wife Melissa was being treated for serious injuries.

Payne said in his statement that Cochran and his wife were in London celebrating their 25th wedding anniversary, and had been due to fly home on Thursday.

“Greater clarity is now developing regarding the casualty figures as we have now collated information from the public and five hospitals,” Rowley said Thursday.

He also said 29 people were wounded, including seven who remained in critical condition on Thursday. That toll was also significantly lower than reported the previous day in the wake of the attack, when Rowley said 40 people were injured.

British media quoted witnesses as saying the suspect had lived at a home raided in Birmingham, which is about 120 miles north of the capital city.

“The man from London lived here. They came and arrested three men,” a man who works near one of the raided buildings told the Press Association news agency. Officials did not confirm the specifics of the raid at that location, or any of the six others.

The suspect, who police identified as 52-year-old Khalid Masood, was fatally shot by an armed police officer after he stabbed the first officer he encountered just inside a gated entrance to the Parliament campus. Police Constable Keith Palmer died of his stab wounds.

The Islamic State of Iraq and Syria (ISIS) claimed responsibility on Thursday for the attack, but offered no evidence of any prior communications with or links to the attacker. The claim was made in a simple statement posted on the website of ISIS’ pseudo-news agency, AMAQ, saying the man “carried out the attack in response to calls for the targeting of citizens of coalition countries.”

The statement did not include any details of the attacker’s identity or imagery of him.

ISIS similarly claimed responsibility for a December attack on a Christmas market in Berlin, and followed it about two days later with the release of a video showing the slain perpetrator, Tunisian national Anis Amri, pledging allegiance to the terror group.

Prime Minister Theresa May said Thursday in the House of Commons that the attacker was British-born and known to intelligence agencies. He was investigated by domestic spy agency MI5 historically, “in relation to concerns about violent extremism,” but had no longer been deemed “part of the current intelligence picture,” according to May.

The civilian deaths occurred on Westminster Bridge, which spans the River Thames. The attacker drove an SUV down the wide sidewalk of the bridge, plowing through throngs of tourists and other people going about their business in the heart of central London on Wednesday afternoon.

May said the victims include 12 Britons, three French students, two Romanians, four South Koreans, a German, one Pole, one Chinese, one American and two Greeks. May did not appear to include the seriously-injured American man’s wife among the casualties.

One of the slain civilians was identified Thursday by her employer, a London high school, as Aysha Frade. According to British media, she was a 43-year-old mother of two who worked as an administrator at the school, which is located just across the Thames from Parliament.

At the north end of the bridge, on the bank of the Thames, sit the Palaces of Westminster, home of the oldest parliament in the world and where the attacker’s car smashed into a perimeter fence and came to a stop.

From there the attacker, armed with at least one knife, walked through the same gate into the parliamentary estate that is used by lawmakers. He was immediately challenged by Palmer. He stabbed Palmer and was shot by another, armed officer moments later as he tried to walk into the Houses of Parliament.

Rowley reiterated on Thursday morning that Scotland Yard does not believe any other suspects were directly involved in the attack.

“At this stage, we have no specific information about further threats to the public,” said Rowley. “Clearly our investigation is ongoing -- developing all the time -- and is focused on his motivation, his preparation and associates.”

He sounded a defiant tone: “We are going to be reassuring people today that people are going back to normal. London has seen terrorism before and London has faced it down. Parliament will be going about normal business.”