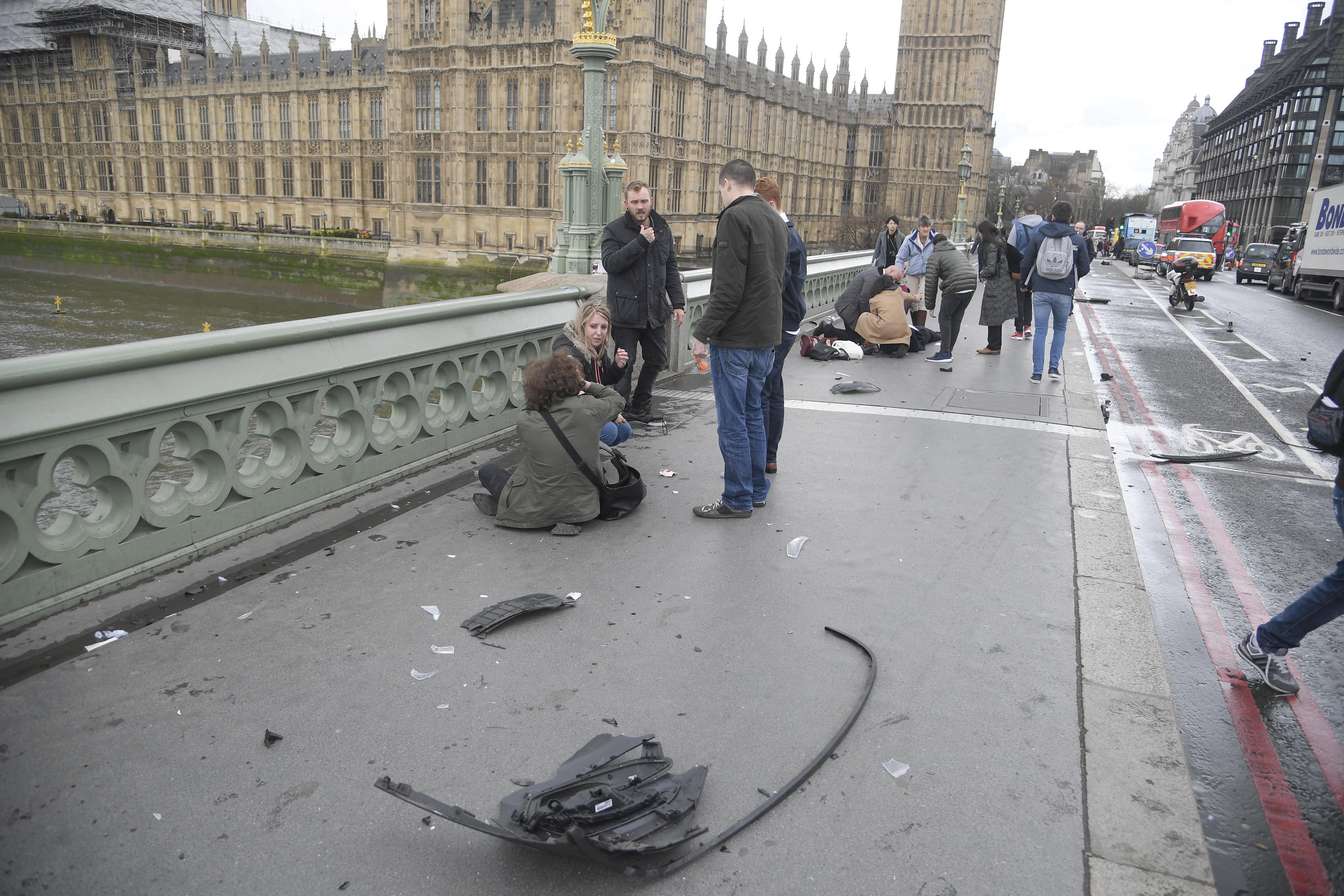 LONDON -- British port officials say they pulled a woman from the Thames River after an attacker plowed into pedestrians on the sidewalk as part of a rampage on the iconic bridge and the House of Parliament.

The Port of London Authority says a female member of the public was recovered from the river, injured but alive.

Metropolitan Police said five people were killed -- including the attacker -- and at least 40 others were injured in the attack on the bridge and Parliament.

The attack began on Westminster Bridge, when the suspect used his vehicle to plow into the sidewalk of the iconic bridge, CBS News foreign correspondent Jonathan Vigliotti reports. He then took the vehicle and smashed into the gates of Parliament, where police say he got out and stabbed a police officer before two other officers shot him.

Metropolitan Police counterterrorism chief Mark Rowley said police believed there was only one attacker, “but it would be foolish to be overconfident early on.”

The threat level for international terrorism in Britain was already listed at severe, meaning an attack is “highly likely.”

“I immediately told my wife that this is an attack, it’s a terrorist attack,” Nagi said.

The area is very popular with tourists, and three students on a school trip from Saint-Joseph high school in the Brittany town of Concarneau were among the injured, according to the French foreign ministry.

Additionally, Romania’s foreign ministry says two Romanians were injured, although there were no further details on the identity of the two or how seriously they were injured.